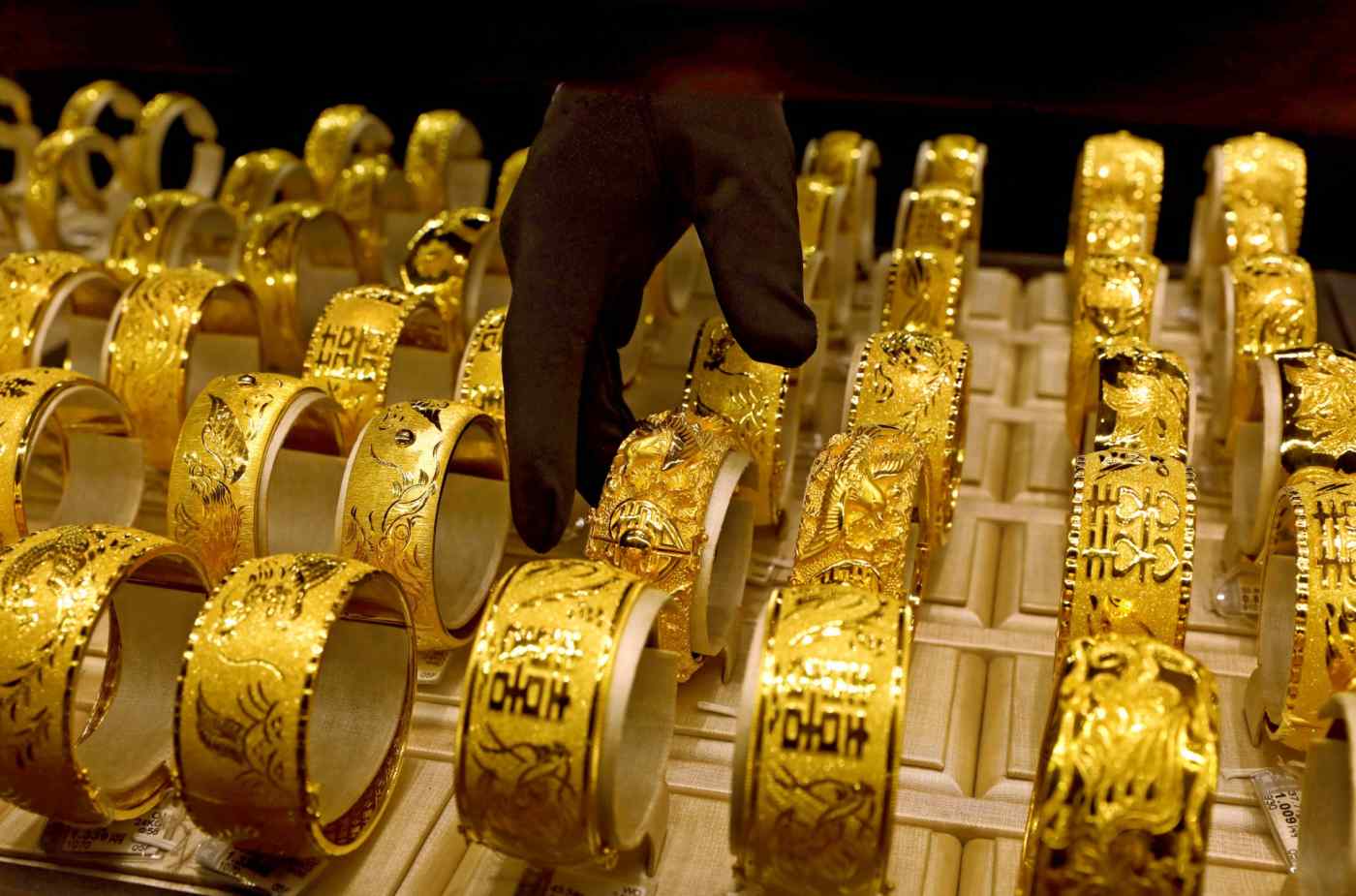 TOKYO -- Chinese demand for gold jewelry grew in 2017 despite higher prices for the precious metal as the spread of e-commerce extended retailers' reach.

Last year's 3% rise in Chinese demand for gold jewelry marked the first increase since 2013, when gold prices tumbled. India saw a 12% increase, but China once again showed a bigger appetite for the yellow metal than its neighbor.

Demand typically contracts as prices rise, yet last year's global growth came amid a 13% increase in gold prices over the same period stemming from such factors as rising geopolitical tensions. Prices topped $1,360 per troy ounce at one point this month as the dollar weakened. President Xi Jinping's fight against corruption and extravagance has dampened Chinese spending on luxury goods over the last few years. Broader use of 18- and 22-karat gold, which are better suited to jewelry than the pure 24-karat gold traditionally preferred by Chinese buyers, also weighs on total gold consumption. Yet demand picked up despite these headwinds.

Authorities clamped down harder in 2017 on a bubbly real estate market, and China's stock market was also lackluster, said Takahiro Morita, the World Gold Council's regional director for Japan. The renminbi's past weakness also reduced the value of some people's assets, so attention may have turned back to gold, which is less likely to lose value, he said.

Smartphone apps enabling people to shop from anywhere have also altered habits. Inland residents once had limited opportunities to buy from jewelry sellers concentrated in coastal urban areas. E-commerce has expanded the geographical range stores can draw customers from, making hinterland consumers "a new driver" of the market, Morita said.

Chow Tai Seng is among the jewelers to have seized on this opportunity to expand their reach. Its sales during the Nov. 11 Singles Day e-commerce event surged 70% on the year in 2017.

Market watchers are paying closer attention than usual to gold buying during the Lunar New Year holiday, which runs through Wednesday this year and marks the busiest time of year for jewelry sales. "Buying activity during this period can predict demand for the rest of the year," analyst Itsuo Toshima said.