Line, Kakao and WeChat look to finance and mobility as US giants dominate abroad 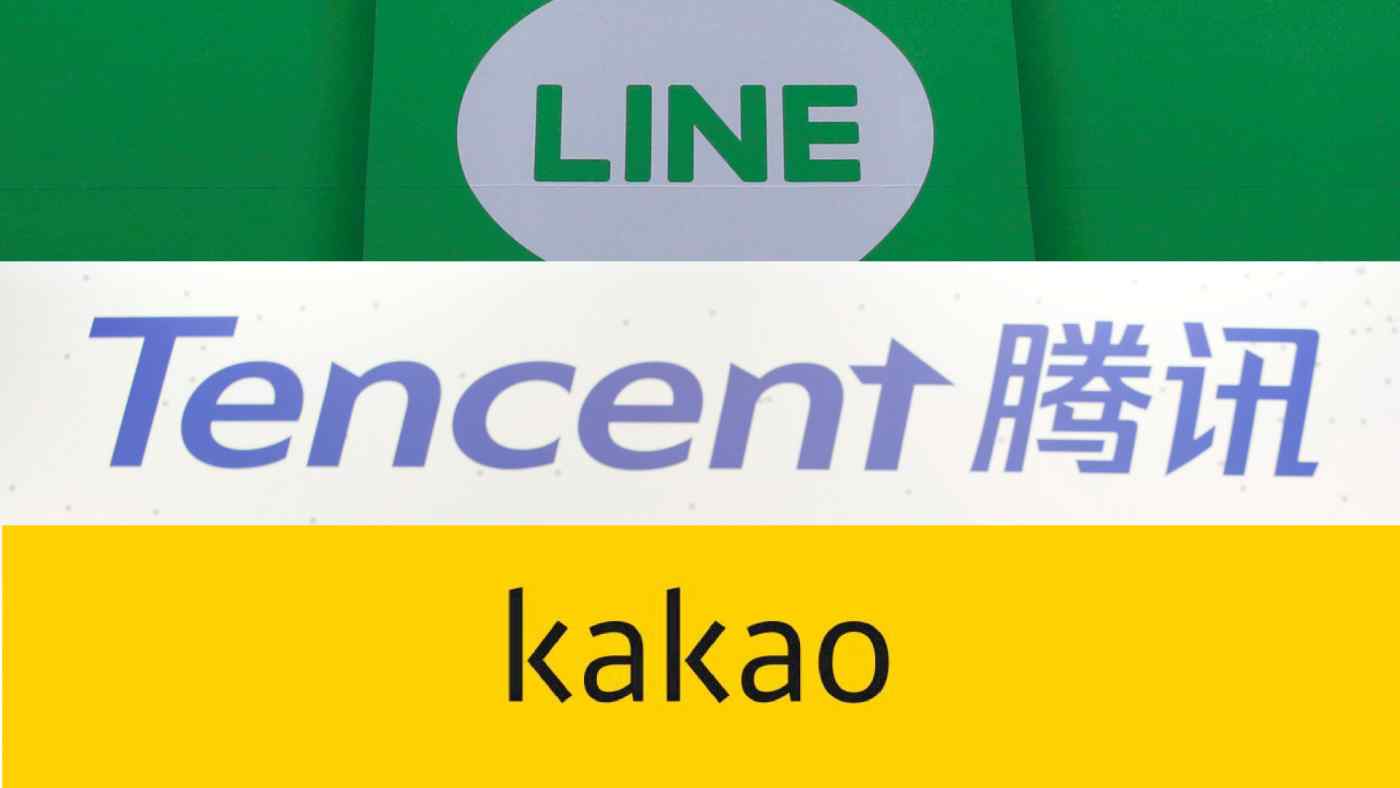 South Korea's Kakao is working to build an ecosystem spanning services like transportation and lending through its KakaoPay digital wallet service. "In 2019, our investments until now should come to fruition and sales growth should accelerate, said Bae Jae-hyun, an executive vice president in charge of management strategy.

People in many Southeast Asian and South Asian countries are hooked on social media, giving it two to three hours of attention a day. But U.S. platforms like Facebook, Instagram and WhatsApp have taken root in these markets, leaving little room for new entrants. Kakao and its peers -- Japan's Line and China's WeChat, run by Tencent Holdings -- have little choice but to focus on expanding at home.

Kakao recently purchased South Korean ride-sharing startup Luxi and plans to reopen the app's currently paused operations under its own brand. Kakao already operates a taxi-hailing service with more than 17 million members, equivalent to around a third of the country's population.

In 2017, Kakao set up online lender KakaoBank. It plans to launch financing services in 2019, aiming to use a credit-rating system based on information like where users live and work and their consumption habits, gathered with their permission from services like ride-hailing and online shopping. It hopes that the system will let it reach a wider range of customers than existing banks do. 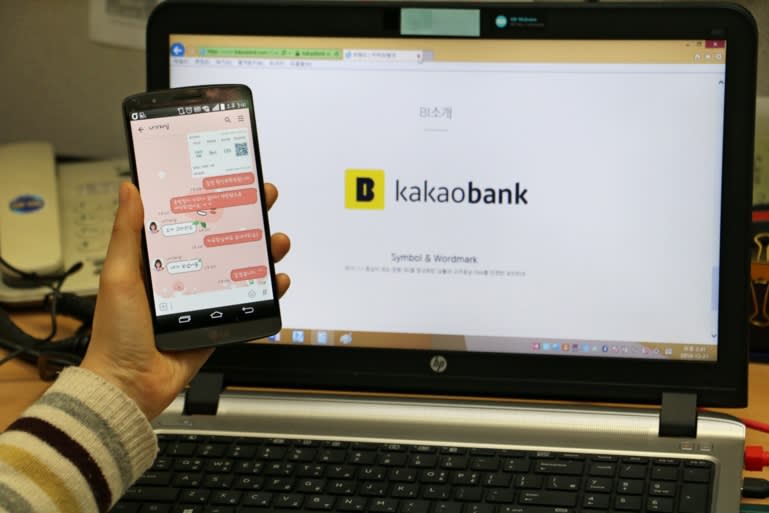 South Korea's dominant chat app, Kakao, is expanding its reach in fields like banking and transportation, aiming to launch financing services next year.

"We want to use our chat app as a starting point to develop e-commerce and finance services collectively and go on the offense in overseas markets," Bae said. Yet just creating that starting point is a struggle. Markets outside South Korea supply only a small percentage of Kakao's group sales.

In 2015, the company purchased a U.S.-based social network that was popular in Indonesia in search of a foothold in the Southeast Asian country, even putting one of Kakao's founders in charge of the effort. But usage failed to grow, and the service was eventually halted.

Tencent faces similar troubles, with at least 90% of its more than 1 billion monthly active users located in China. Its users outside mainland China, including in the territories of Hong Kong and Macau, number just about 70 million, according to local media. About 5% of its 2016 sales were reported to come from overseas.

But its variety of domestic operations, which include video games, video streaming and digital payments, catapulted it at one point into the world's top five companies by market value. The high frequency with which users tend to check apps like WeChat makes such platforms better suited than online shopping, for instance, as launchpads for starting web services. The company is also investing in basic research in fields like artificial intelligence and robotics.

But a freeze on government approvals of video games, the company's biggest earner, contributed to a 40% dive in the company's market cap. Though the licensing process is expected to start back up soon, the game business's troubles starkly illustrate the dangers of relying too much on the heavily state-controlled domestic market.

Meanwhile, Line -- whose operating company is a subsidiary of South Korea-based web company Naver -- has made significant inroads beyond its native Japan only in Thailand, Taiwan and Indonesia, putting it far behind American social media companies.

Line aims to become a "smart portal where all kinds of services are gathered," according to CEO Takeshi Idezawa. Rather than pursue user growth in its chat app, the company is laboring to expand services that use it as a gateway -- such as in the banking sector, which it aims to enter in 2020.

Like Kakao, Line will employ user data to build a credit-rating system. It aims to launch a financing service in the first half of next year.

Tencent compatriot Alibaba Group Holding has a head start in financing services that score people based on user data from online services and the like. The scores it assigns are used in everything from deciding whether to hire a job applicant to arranging formal marriage interviews.

Though Japanese and South Korean businesses led Asia in manufacturing fields like electronics and cars, they remain a relatively thin presence in the internet sector, with Line and Kakao trailing Tencent and borrowing from Alibaba's methods.

Kakao also has to compete at home with Naver. Though the two companies' business spheres mostly do not overlap directly, their jockeying for dominance in the time young people spend online will likely draw increasing notice. Naver is expanding its scope through investments in AI startups, as well as putting more effort into its domestic market-leading online comics service.

Naver's market cap is more than double Kakao's at about 20 trillion won ($17.8 billion), and it is also far ahead in sales and operating profit. But Kakao is showing great momentum, with income more than doubling over the two years through December 2017, compared with 43% growth for Naver.

"Kakao's mobility operations will start fully contributing to profit from 2019," said an analyst with South Korean brokerage Hi Investment & Securities, predicting that it would generate sales of 93.6 billion won in 2019 and 213.9 billion won in 2021.

Market watchers surmise that Kakao is trying to block the runaway lead by Naver, which has not yet received a license to enter the banking industry as Kakao has.