Five conglomerates took in 72% of profit among peers last year 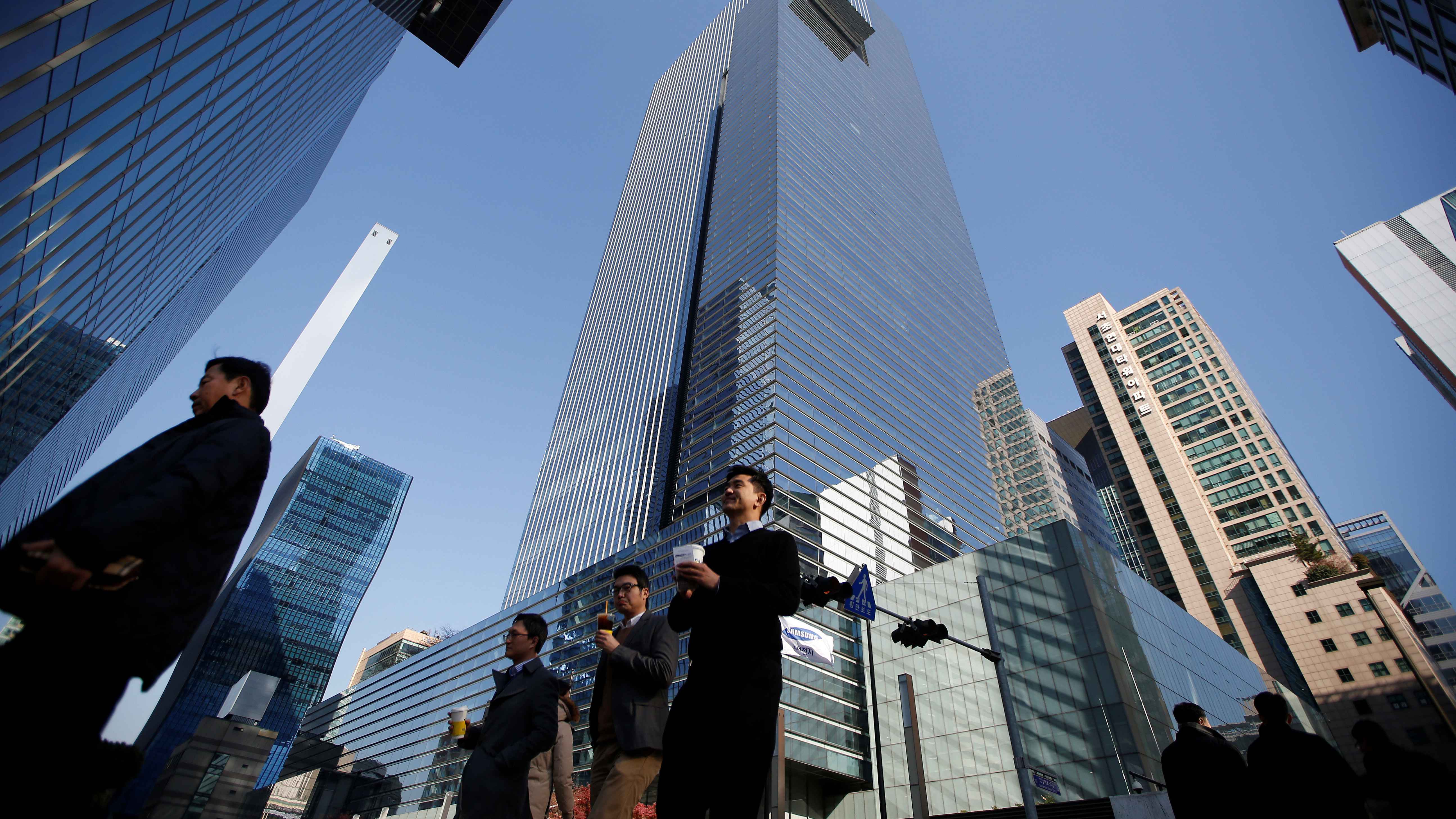 Samsung, Hyundai, SK, LG and Lotte hold 54% of assets of those business groups, known as chaebol, the Fair Trade Commission said. The quintet also reaped 57% of sales. Meanwhile, the 25 smallest chaebol own less than 10% of the aggregate assets, the result of a wealth gap that has been widening every year.

In the interest of promoting fair competition, the commission imposes stiffer disclosure requirements on corporate groups that own at least 5 trillion won ($4.2 billion) in assets. This year, 59 conglomerates fit that distinction. Of those, 34 hold more than 10 trillion won in assets, making them subject to even tougher regulations.

Public opinion has soured against chaebol after reports of founding family members using unfair means to control their groups, and of subcontractors working under terms that place them at a disadvantage. President Moon Jae-in, who won the 2017 election by promising to root out the "evils" in the business sector, has vowed to reform the conglomerates.

The Fair Trade Commission is chaired by Kim Sang-jo, an academic who has long advocated for governance reforms at the conglomerates, and who goes by the nickname "the chaebol sniper." However, the reforms were focused on correcting unfair transactions and business practices, not curbing the concentration of wealth. As a result, the Moon administration has been unable to inhibit the oligopoly being formed by the top chaebol.

Although the top five chaebol drive the national economy, their massive scope has had the negative effect of stifling the homegrown startup industry. The only two relatively new companies on the list of chaebol are the chat provider Kakao, ranked 32nd, and the search engine Naver at 45th place.