Everyday is payday with the Doreming app 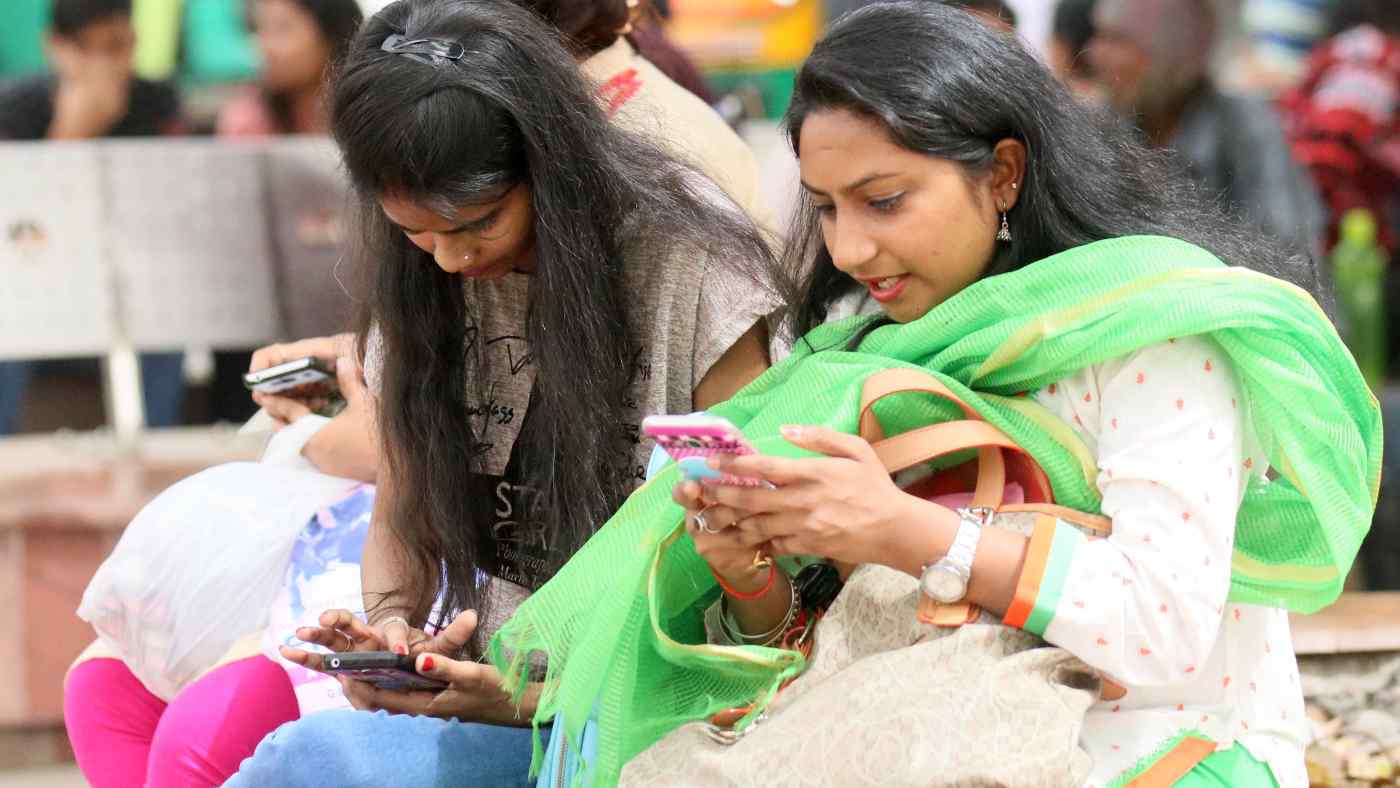 TOKYO -- The guest list at the Future Investment Initiative in Riyadh was filled with global economic A-listers. Rubbing shoulders with them was a man who is not yet a household name, but whose fintech startup has the potential to affect billions of lives.

Meet Masahiro Takasaki, or as he jokingly described himself to Saudi Crown Prince Mohammad bin Salman, "the next Masa to follow Masayoshi Son."

Worldwide, an estimated 2 billion people lack access to bank accounts. But the startup Takasaki founded provides an alternative for these "financial refugees" in the form of a smartphone app that gives them immediate access to the money they earn on a daily basis.

To be precise, Doreming, the app, lets employers manage payrolls, calculate salaries and send money directly to workers. Ordinarily, money is deposited in employees' bank accounts once a month on a set date, after banks process data provided by companies. But with Doreming, workers can see how much they have earned each day and make purchases using that money, simply by scanning QR codes at shops. The employers are the ones that pay the stores, electronically.

In effect, Doreming allows the "unbanked" to shop on credit, without extra fees or interest. Only employers pay Doreming a fee.

Not only that, but Prince Mohammad asked him to launch Doreming in Saudi Arabia. The kingdom, where nearly half of the workforce hails from abroad, is seeking to reduce its reliance on oil by developing new sectors, including financial services. Doreming founder Masahiro Takasaki, center, meets with officials from Saudi Arabia, which is keen to adopt the startup's payroll system.

Though Doreming does some business in Japan, for now its sights are focused on overseas markets. "There are many low-income people in emerging countries who are living hand to mouth," said company executive Tatsuya Suzuki. "If they can receive pay as they earn, they will feel safe and be better motivated to work."

Doreming last year partnered with Indian conglomerate Reliance Industries. They plan to provide 500 million smartphones to low-income earners in return for a deposit, and encourage the workers' employers to adopt Doreming's settlement app.

India is increasingly going cashless, with many shops and restaurants accepting payments through QR codes. Doreming and Reliance aim to let consumers, whether they have bank accounts or not, settle purchases with only a smartphone.

Individuals who do have bank accounts still stand to benefit. No longer will they have to wait in long lines or pay off-hours fees at ATMs, for instance. "Moreover, being paid swiftly could increase workers' motivation and eventually help them escape poverty," Takasaki said.

Suzuki expects employers will be keen to use Doreming's system.

In Vietnam, too, Doreming last year teamed up with LienVietPostBank, a major lender with total assets of around $5.5 billion. The Japanese side plans to link its real-time payroll platform with the bank's e-wallet service, Vi-Viet. Users will be able to settle purchases with the Vi-Viet app using funds received through the payroll system.

The partners plan to start a trial run in Ho Chi Minh City and other locations soon.

Doreming is also eyeing opportunities in Bahrain, where the central bank has launched a financial technology consortium with the goal of creating a fintech hub for the Middle East and Africa.

Back in Japan, labor laws oblige companies to pay workers directly. So Doreming's approach of letting companies pay shops on employees' behalf does not fly. Still, about dozens of Japanese companies are using the system to make daily payments to their staff.

Sple, a restaurant operator in Chiba, east of Tokyo, has introduced it for about 100 employees and part-timers. After allowing for taxes and social welfare obligations, the company sends money to their bank accounts for withdrawal at any time.

"Work styles have diversified, and I thought the way [workers] receive pay should also change depending on their lifestyles," Sple President Yoshiyuki Hosaki said.

His employees have welcomed the change. "I have more freedom to use and manage my money," one said.

Japan is seeing an increase in workers who are not paid by the month, such as "cloud workers" who do their jobs online and freelancers. The Doreming app, with its buy-on-credit function, could remove the middlemen -- banks -- and make life easier for these people. Use of the app is currently constrained by the law, but that is about to change in at least one municipality.

The southern city of Fukuoka has been designated a tokku, a deregulated sandbox. Rule relaxation planned for this year will likely allow Doreming to offer its full functions.

But just as Doreming poses a potential threat to banks, it can also be a partner for them.

Japan's Seven Bank, a Seven & i Holdings unit, last year started same-day transfers of wages jointly with Doreming. Users can withdraw their daily income on the same day. Dozens of other businesses plan to introduce the service.

"It is not necessarily true" that Doreming's business model puts it in conflict with banks, Suzuki said. With consent from account holders, banks could gain access to a host of useful information about customers, including their working status and income. In turn, this could help financial institutions gauge borrowers' repayment capabilities and manage the credit status of nonpermanent and low-income workers.

There could be broader social benefits, too. Low-wage earners are often forced to resort to payday loans, locking them into a debt trap. "If workers could be paid immediately," Takasaki said, "we would be able to eliminate the 'poverty business' targeting the working poor."