TOKYO -- Concerns over the safety and price of produce imported from tropical countries are driving Japanese farmers to increase production of crops normally found in warmer climes.

Though yields are still well below the volumes of imported crops, the homegrown varieties have a sunny future in Japan as their origins can be easily traced, easing consumer fears over food safety. Domestic crops also help hedge against sudden price surges of imports due to inclement weather or other factors.

D&T Farm in western Japan began selling greenhouse-grown bananas in March last year. The company plans to ship 500 tons this year, and wants to partner with other growers to sell 100,000 tons a year in the future.

Japan imports about 1 million tons of bananas annually, with more than 80% coming from the Philippines. But overseas growers typically spray crops with chemicals to protect against pests and mold during shipment -- a practice that increasingly worries health-conscious Japanese.

D&T director Setsuzo Tanaka has engineered a cold-resistant banana by storing seedling cells in extremely cold temperatures. The greenhouse-grown bananas, dubbed "Mongee Bananas," are chemical-free and can be eaten in their entirety, including peels. Despite their pricey tag of around 650 yen ($5.92) each -- imported varieties usually cost about 150 yen or so a bunch -- the bananas sell well, according to the farm.

Another Japanese company joining the growing trend is Hiratsuka Confectionery, a manufacturer of chocolate and other sweets. Hirastsuka began cultivating about 500 cacao trees indoors on a 5,000-sq.-meter farm on the southern island of Ogasawara in 2010. The confectioner aims to roll out chocolate products made from its own cacao beans in autumn next year. 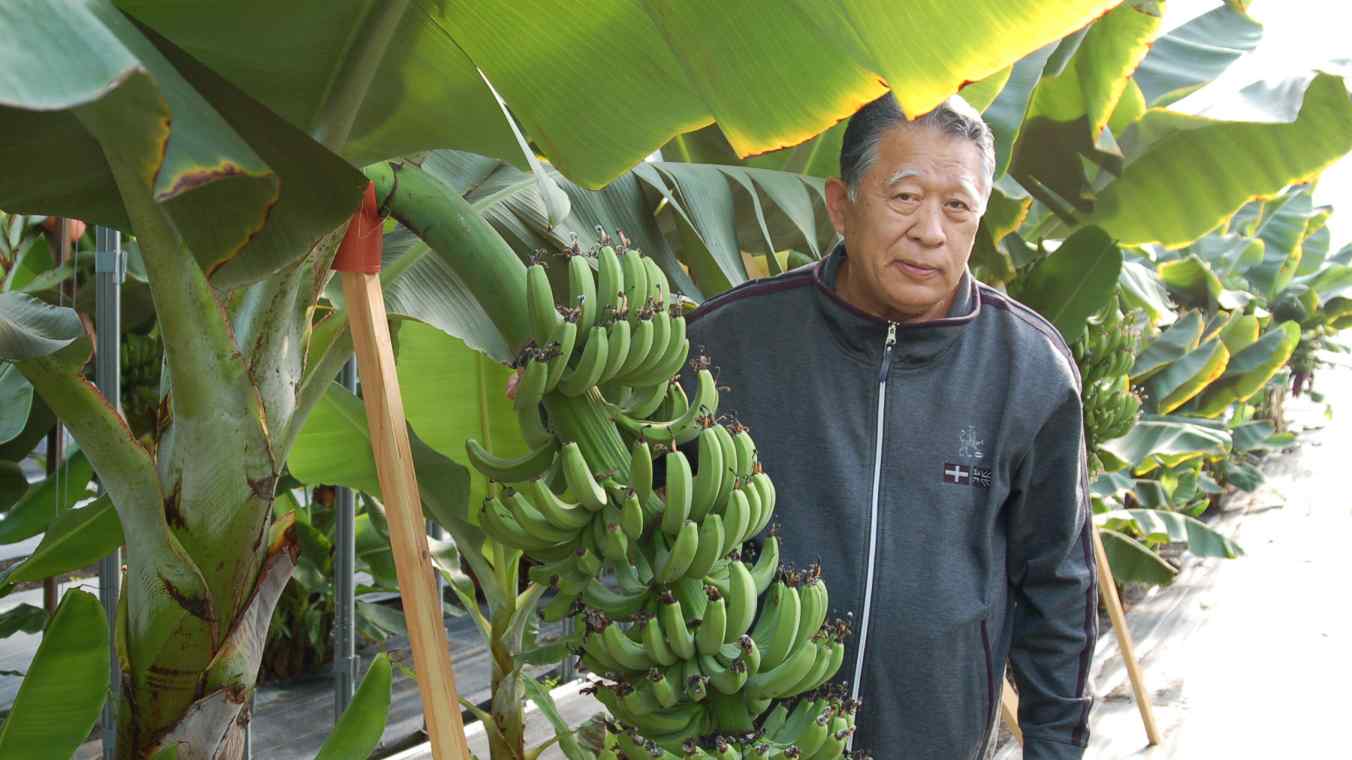 Growing bananas in the cold

Rare cacao variety could be gold mine for Mindanao

Countries inside the so-called "Cacao belt" -- a tropical band 20 degrees north and south of the equator -- control most global cacao bean cultivation. Japan imports about 50,000 tons of the beans annually, with Ghana accounting for 70% to 80% of the volume.

"We aim to secure the safety of our products by supplying the ingredient ourselves," said a spokesperson for the confectioner.

Hokkaido-based confectioner Ishiya is producing vanilla beans, an essential flavoring ingredient for its signature "Shiroi Koibito," or white lovers, biscuits. The company plans to harvest about 100kg of beans in autumn next year.

In order to grow in Hokkaido's cold climate, Ishiya partnered with a greenhouse-design specialist to create a tropical environment conducive to vanilla beans.

More than 90% of vanilla beans used in Japan come from Madagascar. But due to poor harvests caused by typhoons as well as soaring demand from Europe, prices have risen roughly 20-fold over the past six years.

The Japanese-grown beans align with the trend toward eating locally produced foods, and hedge against extreme price fluctuations, according to Ishiya.

But growing tropical produce in Japan is expensive. Before considering mass production of the crops, costs must come down. Ishiya is trying to use Hokkaido's ample geothermal resources to help heat its greenhouses rather than relying solely on expensive fossil fuels.

And there is a future. Kiwi fruit has been a successful tropical transplant to Japan, where its harvest supplements imports from overseas, making the fruit available the year round and providing an example for the agriculture sector in its push to produce similar crops.