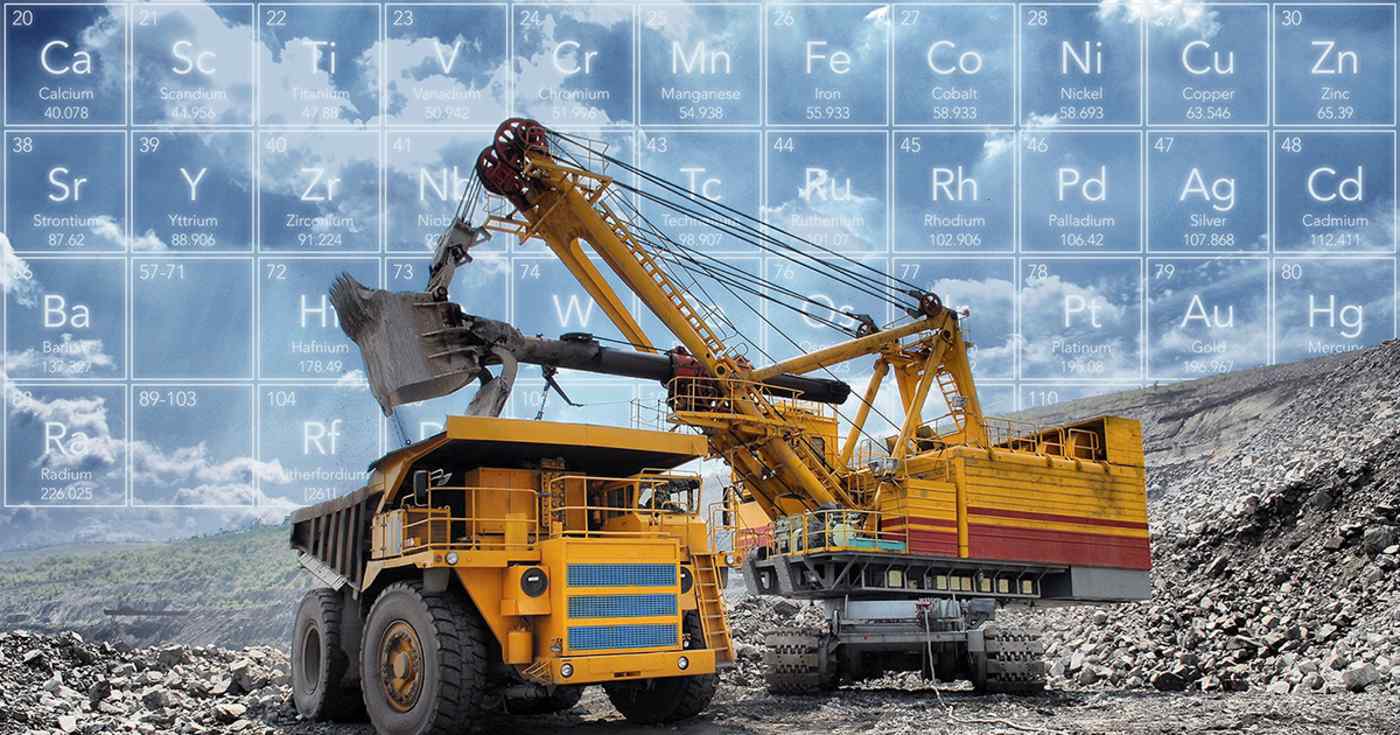 TOKYO -- Japanese researchers on Tuesday said they found rare-earth deposits equivalent to hundreds of years of global consumption near the island of Minami-Torishima. Here are five things you need to know about the metals.

They're used in smartphones and electric cars.

Seventeen elements are categorized as rare earths. These metals are used in everything from smartphones and electric vehicle motors to wind turbines. Japanese researchers call them "industrial vitamins" due to their critical role in high-tech sectors.

China used to hold a virtual monopoly over the world's rare-earth supplies. At times, this has contributed to geopolitical tensions: Beijing's export restrictions in 2010 sparked a global outcry, causing Japan, the U.S. and the European Union to file a complaint with the World Trade Organization in 2012. The WTO eventually ruled against China, and the country scrapped its export quotas in 2015. While China is not quite as dominant as it once was, due to government curbs on production and the rise of other producers like Australia, the country still accounts for the bulk of global output. Japan and other industrial countries have been hunting for alternative sources.

Prices have jumped in recent months.

The prices of the rare-earth metals used in electric and hybrid vehicle motors have been rallying in recent months, driven by increased demand for infrastructure development in China and environmental regulations that promote greener cars. The price of neodymium, used for magnets, was $72 per kilogram in March, around 40% higher on the year.

Japan's discovery is enormous, but extracting the metals will be difficult.

The research team discovered 16 million tons of rare-earth deposits under the seabed near Minami-Torishima, far to the southeast of Japan's main islands. The deposits, they said, contain several hundred years' worth of materials such as dysprosium and yttrium -- key components of hybrid cars and lasers. 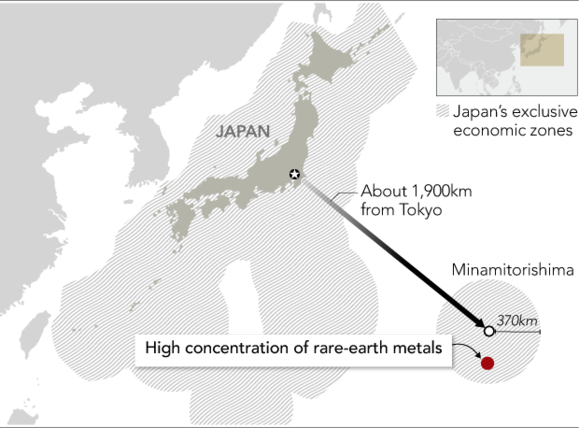 The team was led by Yutaro Takaya, an instructor at Waseda University, and Yasuhiro Kato, a professor at the University of Tokyo. Kato explained that rare earths are often found with radioactive elements such as uranium, which is a major reason why extraction outside of China is so limited. But he said the metals found near Minami-Torishima are "clean," which means that mining them would not stir up serious environmental concerns.

One major problem, though, is the depth. The metals are buried beneath waters as deep as 5,600 meters -- too deep to extract with existing technology. The next step for researchers and companies will be to figure out how to reach them.

Japan's discovery "will not affect the rare-earth market at all," said Naohiro Niimura, a partner at Market Risk Advisory. The Minami-Torishima area has attracted attention for nearly 10 years, since the "rare-earth crisis" stemming from China's export caps. But "there is no technology to extract the resources from deep under water, and the cost would be too high," Niimura said.

He did add that "it is meaningful that we now know we can acquire rare-earth metals if we invest."

In the meantime, companies are trying to break their rare-earth addiction.

Due to uncertainty over supplies and concerns about the environment, some companies have already taken steps to wean themselves off rare earths. In February, Toyota Motor said it had found a way to make magnets for electric cars that use less neodymium. Last year, Apple said it wants to stop using newly mined metals and shift to recycled sources instead.

By the time Japan manages to extract its big find, rare earths might not be quite so coveted.