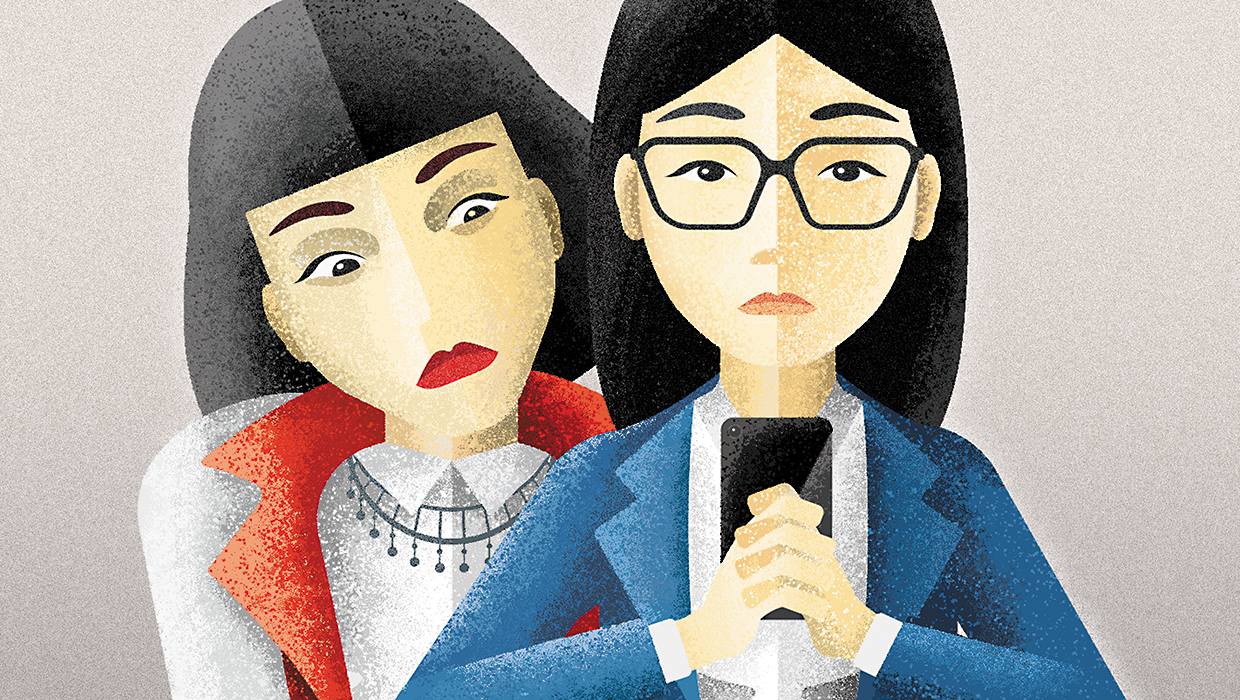 China's internet dating market surged 16% last year to 4 billion yuan ($633 million), according to iResearch Consulting Group, a Chinese outfit. The figure is expected to increase by about 10% a year to reach 5.27 billion yuan in 2020.

"I was very desperate," recalled a 31-year-old woman from the northern province of Liaoning, who declined to be named. Three years ago, she was working in Shanghai and her parents were pushing her to find a husband. But she figured her chances of finding an eligible man there were slim, since most of her colleagues were women.

A friend who had found a husband online introduced her to the service. Convinced, she paid the 198 yuan membership fee. She did not end up finding love on the site -- she eventually married a man she met through a mutual friend -- but she still thinks "dating websites are convenient" and said "younger generations familiar with the internet will probably use them more."

Chinese parents have a few reasons to prod their sons and daughters to find a match, in an era when doing so is harder than ever.

One is the concept of mianzi, or reputation, which plays a major role in Chinese society. In northeastern China, it is considered the norm to be married by 25. Many parents feel embarrassed if their children remain single too long, especially if they see their friends' children getting married.

But there are also financial concerns. 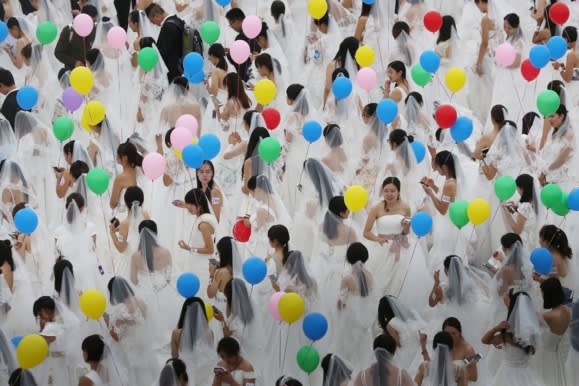 Women in China's Jiangsu Province break the Guinness World Record for the most people dressed as brides in 2016.   © Reuters

It is customary to give gifts of money to friends when their children get married. So unless one's own child weds, parents are continually paying others without recouping any of the cash.

Plus, many parents rely on their offspring after retirement. This means it is crucial for the children to settle down as soon as possible.

Another young woman who lives in Dalian, Liaoning Province, quarrels with her parents over marriage every year when she goes home for the Chinese New Year holidays. Almost all her former classmates in the farming village in Heilongjiang Province are married with children.

This year, the 24-year-old was forced to go on an arranged date almost every day of her visit. But, she said, "At this point I can no longer marry a guy from a farm village."

For singles like her, online dating can seem like the best chance to find a partner and escape the pressure.

Dating sites in China work a lot like they do elsewhere. Users pay a registration fee, which allows them to browse other members' profiles, including details like age, occupation, hobbies, religion and ethnicity along with photos. If someone looks interesting, you can chat with them online before deciding to meet up.

Jiayuan.com, the country's largest online dating service, says it has over 170 million registered members, many of whom are college-educated company employees in big cities. The company says 13 million users have found a date, or the one, since the site's inception about 12 years ago.

Of course, there is another option besides bowing to pressure. Some people simply decide to stay single, at least for a while, no matter what their parents say. The overall number of marriages in China has been declining in recent years.

The long-term future of China's online dating market may depend on whether the sites can do what parents cannot: change the minds of those steadfast singles.