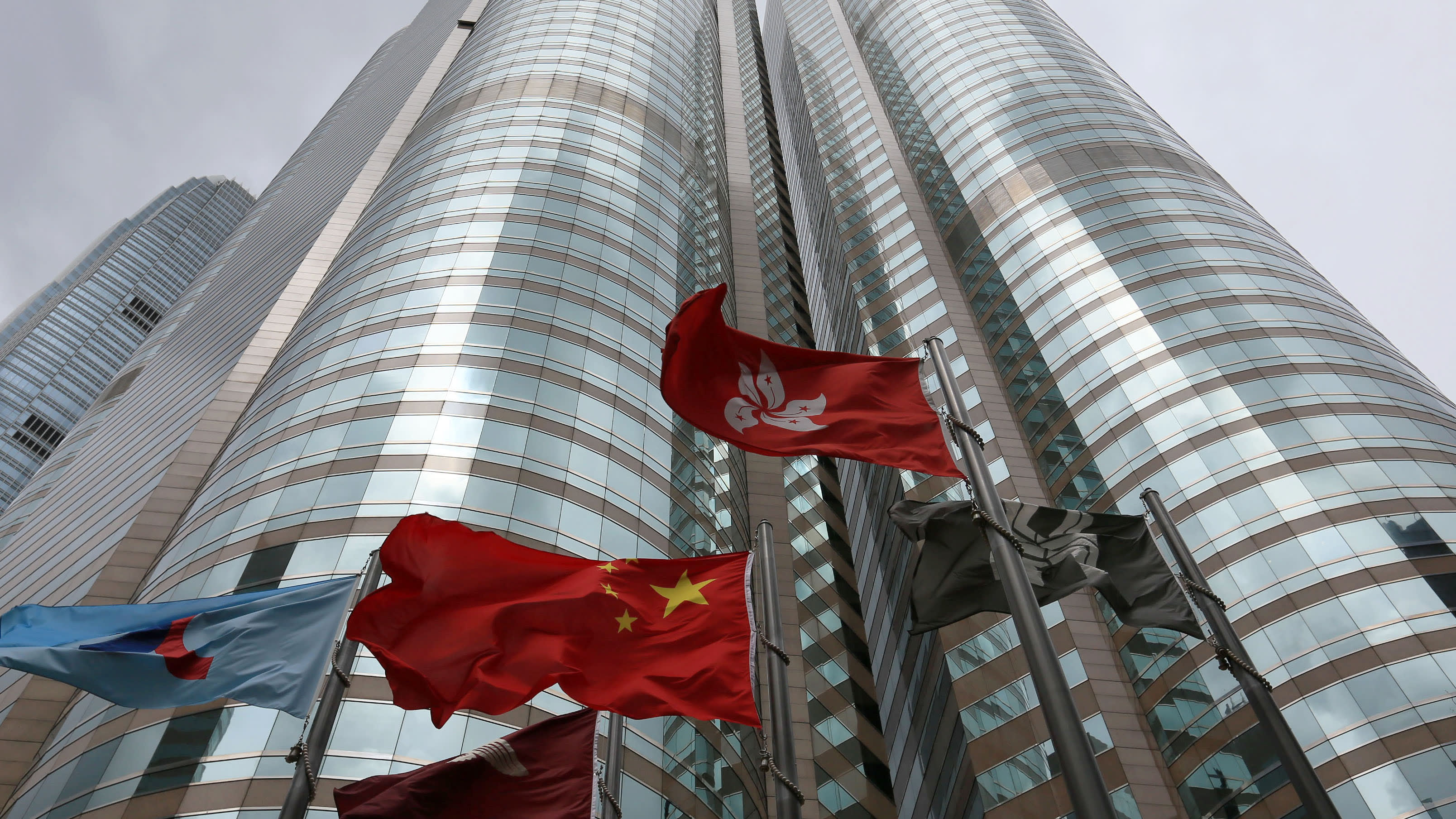 HONG KONG -- Hong Kong's international business community is warning that authorities' recent moves to crack down on free speech could hamper the city's competitiveness. But many executives acknowledge they will not decamp while Hong Kong remains Asia's most important financial hub.

The Hong Kong government's recent decisions to reject the visa renewal of a foreign journalist and to ban a pro-independence party "raises real concerns for the international business community as to whether this will become the thin end of the wedge," said George Cautherley, managing director of health care products company, HCD Holdings.

Echoing others who spoke to the Nikkei Asian Review, Cautherley said the concern for the business community was that authorities would "progressively reduce the scope of freedom of speech" which, with the free flow of information, was essential to efficient operations. That could mean that Hong Kong would eventually "become a less and less attractive place in which to conduct business," he warned.

Executives and others painted a complicated picture of business sentiment in the territory after Victor Mallet, Asian news editor for the Financial Times -- part of the Nikkei group -- was refused a work visa renewal earlier in October. Authorities did not offer an explanation for the decision, but the rejection came after Mallet had presided over a speech by the head of the pro-independence Hong Kong National Party, at the Foreign Correspondents Club in August. The event drew strong criticism from government officials and the National Party was banned by the Hong Kong authorities the following month.

"A lot of business people understand there are certain red lines when it comes to China," said a Hong Kong-based executive in the financial services sector. The FCC's decision to give a platform for Andy Chan Ho-tin, head of the HKNP, to express his views was clearly "over the line" in the eyes of the Hong Kong government, the executive said.

Despite this, companies were drawn to Hong Kong "for a lot of good reasons," and there were no viable alternatives in the region for companies wanting to serve the mainland market. "It's less free in China, and even that doesn't deter businesses from setting up there," the executive said.

Nevertheless, another person in the international business community described the visa decision as a "slippery slope," and said there was worry among some people that Hong Kong was becoming just another Chinese city.

International business groups representing hundreds of companies expressed strong concern over the issue. The American Chamber of Commerce issued statement last week calling on the government to "make it clear to the international business community that free speech and [the] free flow of information in this world city is still sound enough for business to consider Hong Kong as an important hub. Any effort to curtail press freedom in Hong Kong could damage Hong Kong's competitiveness as a leading financial and trading center," it said.

Andrew MacIntosh, chairman of the Australian Chamber of Commerce in Hong Kong, told the Nikkei Asian Review that his organization promotes Hong Kong as Asia's leading hub for finance and trade due to "its rule of law, freedom of speech, free flow of information and capital." The organization "would be concerned about any actions which might erode international business confidence in Hong Kong and have a negative impact on business," he said.

The response of the Hong Kong Japanese Chamber of Commerce & Industry was more muted. It declined to comment directly on the visa matter, saying its secretary-general is confident the Hong Kong government "continues to safeguard judicial independence and uphold the rule of law in respect of [the] general business environment."

Opposition lawmakers in Hong Kong also warned the rejection of Mallet's visa application had dealt a blow to Hong Kong's standing. "The business community's confidence in Hong Kong has been shaken," said Ray Chan Chi-chuen, of the pro-democracy People Power party and a member of the Legislative Council. "I think the Mallet affair causes foreign businesses and foreigners working in Hong Kong to dread losing freedoms of expression, the media and information," he said.

In a statement to Nikkei, the Hong Kong government said it was "firmly committed to protecting the freedom of expression and freedom of the press."

While Hong Kong was promised a high degree of autonomy under the principle of "one country, two systems," following the 1997 handover, Beijing is becoming increasingly impatient with separatist sentiment that has been bubbling since 2014, though support for Hong Kong independence remains a minority position.

During a visit to the city last year, Chinese President Xi Jinping warned Hong Kong people not to cross the "red line" of undermining Chinese sovereignty. Hong Kong has since launched a series of crackdowns on activities that have annoyed Beijing, including criminalizing the Hong Kong National Party. A Hong Kong court ruled this year that officials had the power to bar candidates from running for office based on their political views, and six opposition lawmakers were disqualified from the Legislative Council -- the city's legislature -- over improper oath-taking.

Despite these moves, the hard truth for many companies operating in the city is that those wanting to do business in the crucial mainland China market need to be in Hong Kong. Many told Nikkei Asian Review that there are no practical substitutes for convenience, infrastructure and collective brain trust that Hong Kong offers.

James Thompson, chairman of global relocation agency Crown Worldwide and a 40-year resident of Hong Kong, said that while the visa issue "raises eyebrows," it most likely would not change companies' emphasis on doing business in the city or using it as a regional base. "From a business perspective, the tax structure and the legal system and other basic freedoms are still in place."

The government had made clear that independence is a "supersensitive issue," Thompson said, adding it is "not to be discussed, not to be debated. In that sense, they are saying there is no room to negotiate." Still, he said that international companies would "always be watching [whether] there is a chipping away at freedoms."

Other business people underscored Hong Kong's position as a buffer zone between Western players and mainland China. "If international companies want to tap into the Chinese market, then Hong Kong is a valuable steppingstone," said a person who specializes in corporate governance at an industry group.

Lee Quane, regional director at human resources consultant ECA International, noted that there are no overt government policies making it more difficult to do business in Hong Kong. While individual cases may have given the impression that Hong Kong is not as attractive as it was perceived to have been previously, most people still believe Hong Kong is more open and welcoming than elsewhere in the region.

"So while it may be considered that press freedoms are less now than they were maybe five, 10 or 15 years ago, the same can be said for many locations in Asia," Quane said.

A survey released in May by the American Chamber of Commerce in Hong Kong showed that while roughly only a quarter of respondents felt that Hong Kong's business environment was deteriorating, 68% said they either "strongly agree" or "agree" with the statement that "one country, two systems" and the rule of law have been eroded.

A Hong Kong-based Japanese business person working in the finance industry said that the company's focus was on expanding its operations by building good relationships with mainland China, rather than political issues. The person said the real challenge for Hong Kong is its high costs, including rents and personnel expenses, views expressed by other foreign business people.