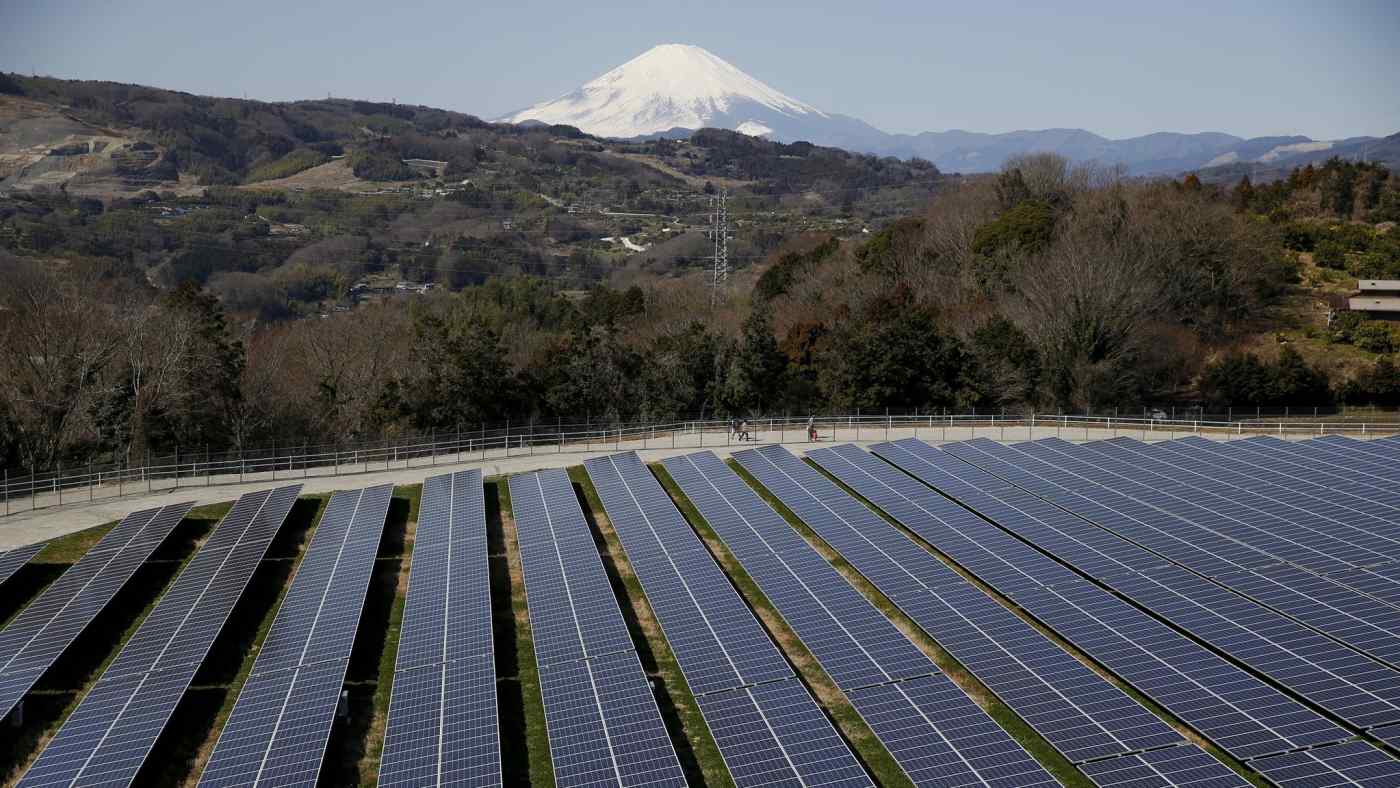 Japanese solar panel makers once dominated Japan and the world but are losing ground to inexpensive South Korean and Chinese rivals, even on their own turf.   © Reuters
YUKINORI HANADA, Nikkei staff writerJuly 10, 2018 02:57 JST
CopyCopied

TOKYO -- Overseas companies are storming Japan's solar panel market thanks to their low prices, forcing domestic makers to shift toward sales of high-value-added systems and rethink their production models.

Kyocera, which came in first place last year, retreated to second after its market share plummeted to 12.2%. Sharp, Panasonic and other domestic makers also lost ground.

Mitsubishi Electric stopped producing solar cells at its Nagano Prefecture factory in March, but will continue to assemble panels at its Kyoto Prefecture factory with cells from overseas. It will focus instead on sales of home energy management systems and energy-saving systems for lighting, air conditioning and other equipment in buildings.

But the company "will continue to take advantage of our expertise" in panel assembly, installation and maintenance, said Tadashi Matsumoto, head of Mitsubishi Electric's living environment and digital media equipment division.

Solar panel shipments in Japan reached 5.73 million kilowatts last year, an 11% decrease from 2016, said the Japan Photovoltaic Energy Association. Japan's market for solar panels is shrinking five years after the start of its feed-in tariff system, which mandated the purchase of renewable energy at set prices, due to a shrinking supply of sites for "megasolar" power plants like old golf courses.

The decline of Japanese solar panel companies is even more pronounced on the global stage. Sharp held the world's highest market share in 2006, but the combined share for the Japanese market leaders, including companies such as Kyocera, was down to only about 1% in 2017. Chinese companies held seven of the top 10 spots.

The trend has been driven by the commoditization of solar panels. With generating efficiency remaining at around 20%, companies are increasingly differentiating themselves based on price.

Chinese players have repeatedly invested in greater production as Beijing promotes renewable energy. Shipments over the last five years have grown roughly eightfold at JinkoSolar, the world's largest producer. It has saved on costs by procuring glass and aluminum frames in bulk.

Japanese manufacturers are reviewing their strategies as they fall behind on scale. Kyocera is consolidating domestic solar panel production into its Shiga Prefecture plant. It aims to make solar panel operations profitable again by improving efficiency through integrated manufacturing and automation. The company also plans to produce more semiconductor manufacturing equipment components at another Shiga facility that previously made cells and assembled panels.

Panasonic will also stop assembling panels at its Shiga factory and will transfer operations to Malaysia. It will also stop cell production at its plant in Osaka Prefecture.

Showa Shell Sekiyu subsidiary Solar Frontier is also consolidating the solar panel production of two factories into one this year.