From Huawei to beer, 'patriotic' shoppers boost Asian sales in 2019 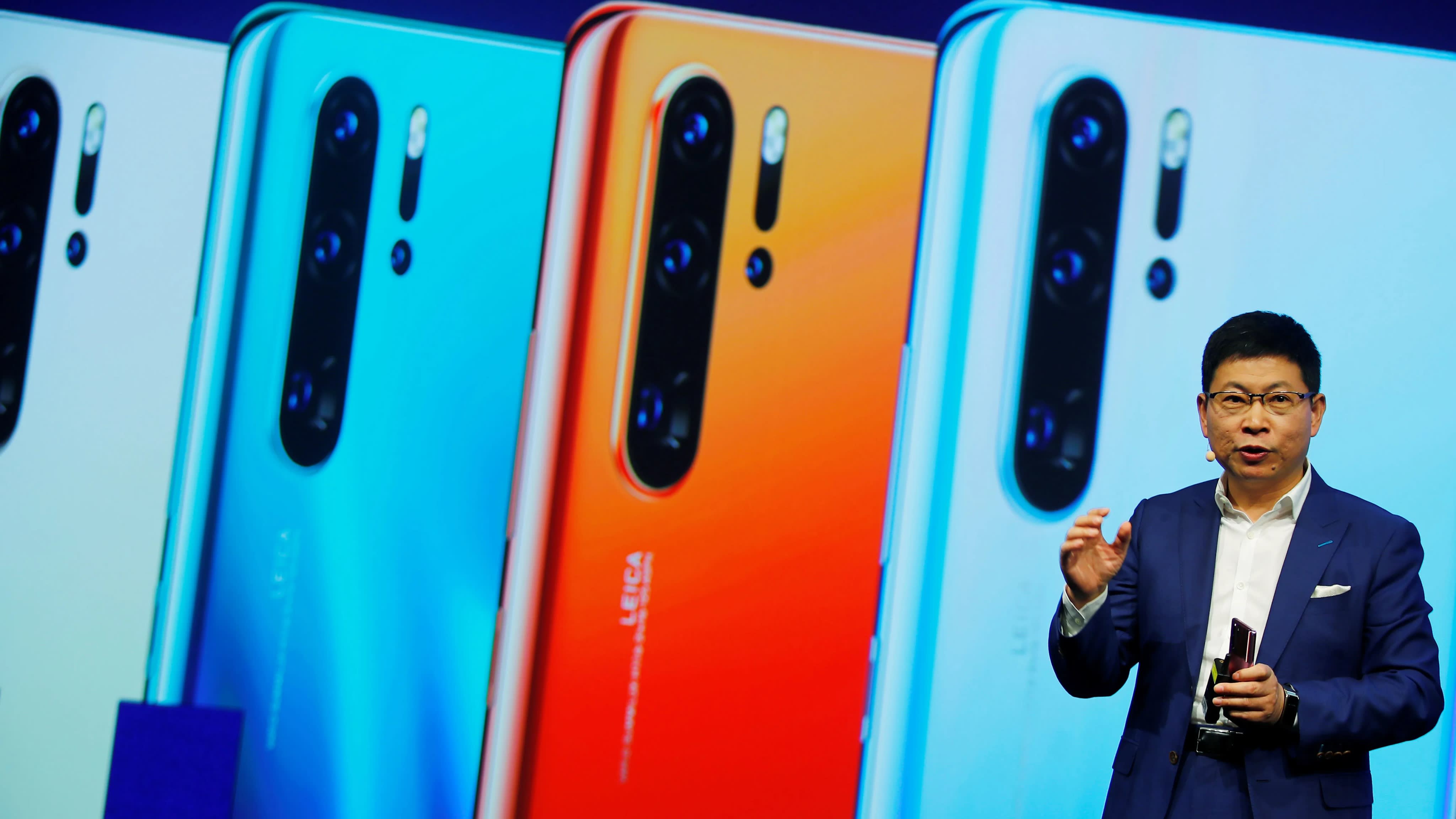 Shipments of Huawei smartphones in China jumped 65% on the year in the July to September quarter, as many people reacted to U.S. sanctions against the company.    © Reuters
NAOKI MATSUDA and MARIMI KISHIMOTO, Nikkei staff writersDecember 27, 2019 18:00 JST | China
CopyCopied

SHANGHAI/BANGKOK -- As the bitter trade war between the U.S. and China threatened to choke global economic growth, buyers in major Asian markets have responded, a 2019 Nikkei survey of consumer trends in 11 countries and regions shows.

"I wanted to help Huawei by buying its products," said Liu Ye, a woman in her 20s who works for a tech company in the central Chinese city of Chengdu, explaining why she switched from an Apple iPhone to a Huawei smartphone this summer.

As the U.S. government barred Huawei and other Chinese companies from buying American-made technology, many of the Chinese consumers interviewed in a Huawei shop for this survey voiced similar sentiments. Quite a few said they had recently bought Huawei smartphones for the first time.

In the July to September quarter, as Huawei began to feel the pinch of U.S. sanctions, shipments of the company's smartphones in China soared 65% from a year earlier, an unusually strong figure, according to U.S. market researcher IDC. 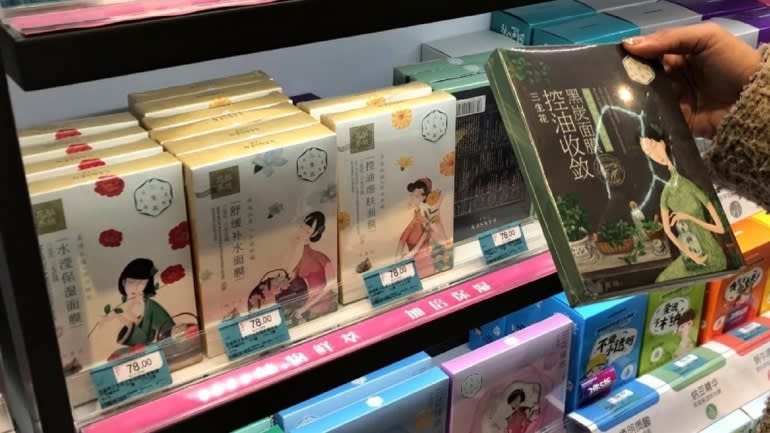 One big beneficiary has been Pechoin, a cosmetics maker founded in 1931 whose sales took off this year. Chinese internet shoppers bought 800 million yuan ($114 million) worth of Pechoin products during the annual Nov. 11 Singles' Day online shopping event.

In South Korea, too, there has been a backlash against a longtime rival. Activists have waged an effective campaign urging people not to buy Japanese products. Clothing maker Fast Retailing's Uniqlo brand saw sales slump in the year through August in South Korea. Sportswear company Descente also took a hit. Pomelo allows customers to try on clothes in cafes and shops. (Photo by Kosaku Mimura)

In Asia as a whole, more services became widely available online, including food delivery and money transfers, in addition to traditional online shopping. Many consumers said these services bring greater convenience to their everyday lives.

In Thailand, women's fast-fashion retailer Pomelo's online shopping service, which lets customers order clothes with their smartphones, has won the hearts of the country's fashion-conscious, smartphone-obsessed young women. Pomelo customers can have orders delivered to cafes and shops for fittings, with purchases made on the spot. The unwanted items are left behind.

In Singapore, sending money is easier, thanks to a service that requires only the recipient's phone number. In Indonesia, mobile payment companies Ovo, and GoPay, operated by ride-hailing powerhouse Gojek, launched smartphone payment services that allow people to buy now and pay later, creating a buzz in the country's fast-growing e-money market.

All-around smartphone applications, or "super apps," are a big new consumer trend in Southeast Asia. Another is smartphone apps that can be used regionwide.

The growth of online services is apparent in China as well. "Live commerce" -- the internet version of TV shopping -- has become hugely popular. A livestream of Alibaba Group Holding's Singles' Day event attracted over 38 million viewers.

In South Korea, where fifth-generation wireless service has been launched, Samsung Electronics' Galaxy Fold foldable smartphone became an instant hit, with many stores selling out quickly.

In Taiwan, which in May became the first place in Asia to legalize same-sex marriage, demand for related services, such as wedding receptions and honeymoons tailored to same-sex couples, appeared.

In 2020, full-scale 5G mobile services will start in many Asian markets. Wireless carriers in Taiwan, Singapore and Thailand will follow those in China and South Korea in rolling out services based on the next-generation technology.

China, which leads in many key technologies, will likely see accelerating growth in payment services based on facial recognition. These are already used at 7-Eleven convenience stores, vending machines and subway ticket gates. The government is promoting payment systems that use facial recognition to bring them into the mainstream.

In Indonesia, Gojek's fixed-rate subscription services are set to become a big new source of revenue. The company has launched packages that combine its streaming service, GoPlay, with home massages, housekeeping and meal delivery. Gojek is one of a growing number of companies in the region offering an array of conveniences through a single super app. 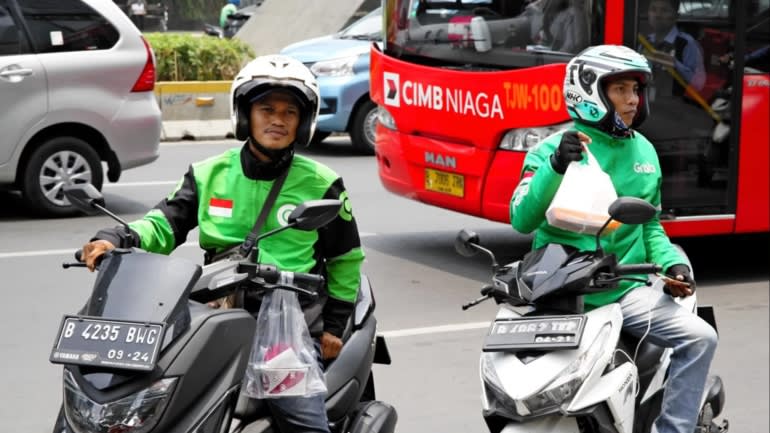 In Thailand, instant-messaging app Line is upgrading its video streaming features. Thais love online videos, watching nearly four hours' worth a day, on average. Line, which controls more than 60% of the market in Thailand, is capitalizing on its broad user base to entice more customers to its video-driven e-commerce platforms.

In large Asian cities, people are becoming more conscious of the declining health of the planet. This could be a boon to companies selling products and services designed to promote environmental sustainability.

In India, where air pollution has become a life-threatening problem, bicycle-sharing services are catching on. These let riders borrow and return bikes with their smartphones. Yulu, a Bangalore-based electric bicycle sharing startup, received an investment from a major Indian motorcycle manufacturer in November.

In Singapore, the government aims to raise the food self-sufficiency rate to 30% by 2030, up from less than 10% at present. This reflects consumer worries about the decline of farming in the city-state. Recently, more people use urban farms to grow their own food, and an increasing number of state-run housing complexes have community vegetable gardens. More restaurants are also selling homegrown vegetables, reflecting the "go local" trend.