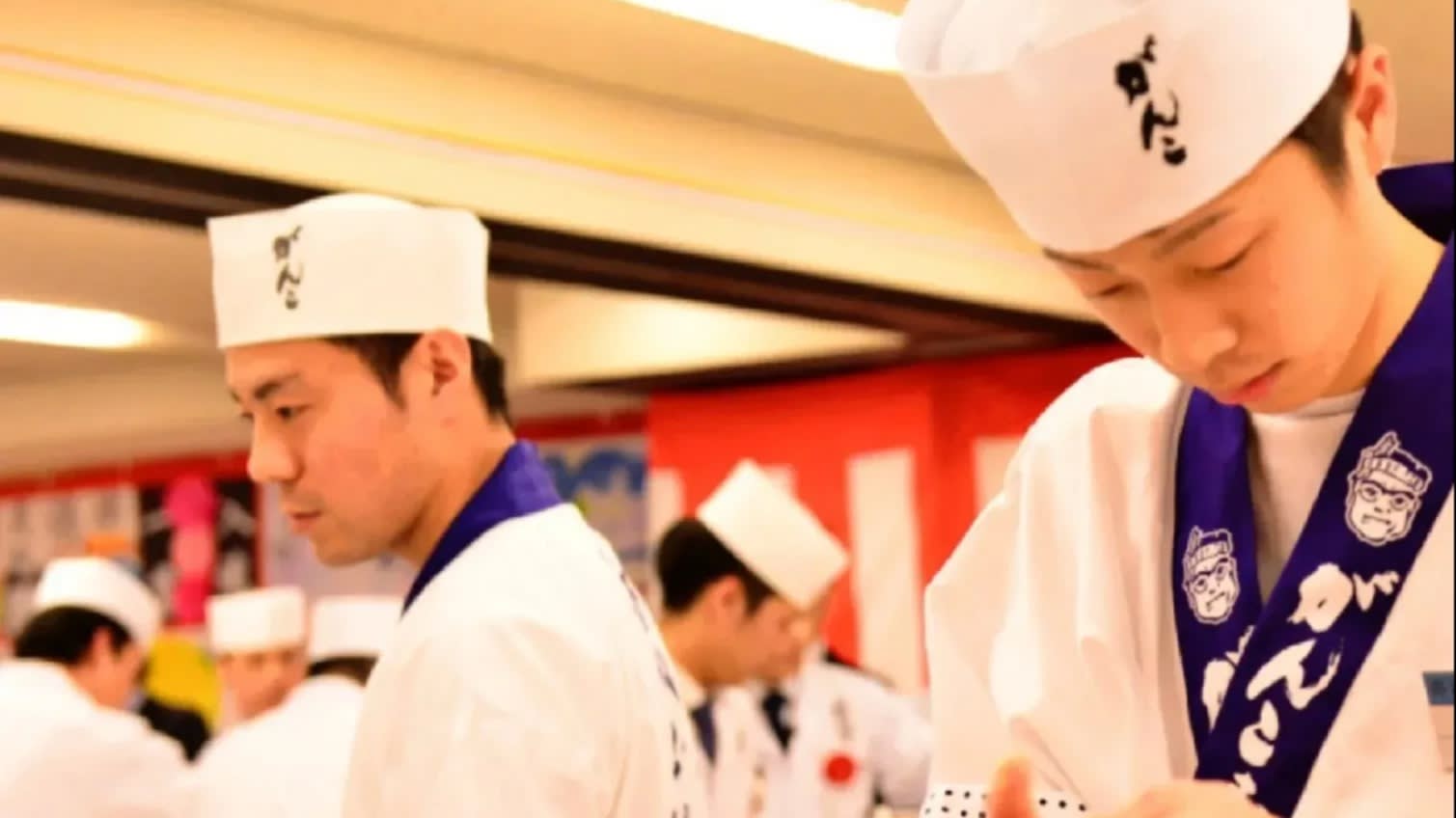 TOKYO/SHANGHAI -- Japan's service sector is venturing into China and Southeast Asia in the hope of creating demand for Japanese hot baths, entertainment and cuisine among foreign visitors returning to their home countries.

The sector aims to leverage the benefits of the more than 4 trillion yen ($36.9 billion) spent by tourists during their stay. But expanding overseas poses challenges, which companies hope to overcome by using social media and improving services.

Foreign visitors to Japan jumped 9% on the year to 31.19 million in 2018, a threefold increase in five years, according to data from the Japan National Tourism Organization. Their spending also more than tripled to 4.5 trillion yen in 2018 from 1.4 trillion yen in 2013.

Yang Yumin, a 33-year-old resident of Shanghai, said she became interested in Japanese culture after numerous trips to the country. She often visits the Shanghai branch of Gokurakuyu, a bathhouse operated by Japan's Gokurakuyu Holdings, because she enjoys wearing yukata, a casual type of kimono.

Entrance to the facility costs around 2,000 yen -- a little pricey but still acceptable thanks to its popular ceramic cauldron hot baths, stone spa and Japanese restaurant.

Gokurakuyu is trying to increase word-of-month marketing, as Chinese tend to trust recommendations from acquaintances and social media more than information from the government or media. 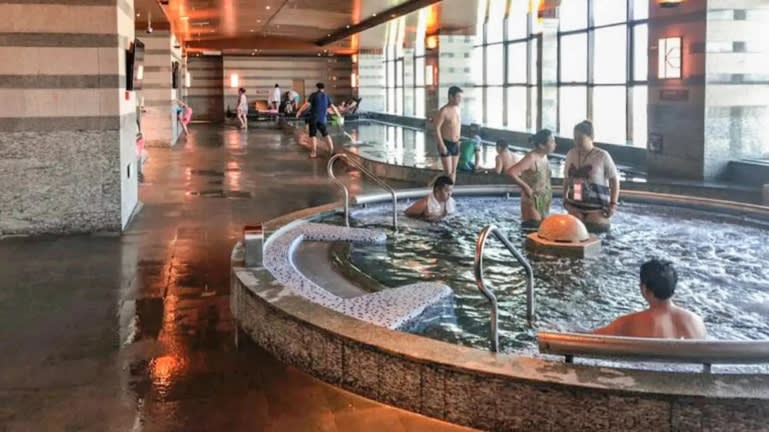 Bathers relax at a bath operated by Gokurakuyu Holdings in Changchun, in northeastern China.

The facility offers a photo-friendly event featuring Japanese noodles flowing down a long bamboo flume and introduced a water softener to make it easier to lather with shampoo. It receives rave reviews on social media, such as "I found its Japanese interior interesting" and "It's clean and totally different from other Chinese facilities."

Gokurakuyu's Chinese branch struggled when it first opened in 2013, but quickly drew crowds via word of mouth, and turned a profit a year after opening. The company currently operates eight outlets in the country, including franchises, and plans to add four more within a few years.

Amusement center operator Round One is also trying to export Japanese-style entertainment. The company plans to enter China, other Asian countries and Russia as early as 2021. The popularity of its facilities among foreign visitors to Japan has caused the company to rethink its reluctance to expand into countries other than the U.S.

The company will open a number of outlets in China on a trial basis to gauge the market and learn how to navigate the country's complex regulatory environment. If all goes well, Round One will launch full-scale operations. Improving brand recognition in China will help it attract more customers in the future.

"Watching foreign tourists having such a great time playing games and sports at our facilities [in Japan] made us realize that we could also succeed overseas," said President Masahiko Sugino. Round One amusement centers in Japan attract many tourists from China and Southeast Asia.

On the culinary front, sushi restaurant operator Ganko Food Service is planning its first overseas foray for this fall. The Osaka-based company will open a Japanese restaurant in Taiwan and conveyor belt sushi restaurant in China's Zhejiang Province. Ganko will supply the two outlets with ingredients from Japan in order to provide an authentic dining experience.

About 1.35 million foreign tourists visited Ganko's 100 or so stores in Japan in 2018, accounting for 10% of its customers. Although the company has been cautious about directly operating stores overseas, it decided to go global, betting that a franchise scheme would be less risky.

By country, China accounted for the largest portion of Japan's foreign tourists, numbering about 8.38 million in 2018, followed by South Korea at 7.54 million. Meanwhile, Southeast Asian tourists grew markedly from a year earlier, including Vietnam's 26% jump and the Philippines' 19% increase. People from the region's growing middle class are seen as potential customers for Japanese-themed experiences.

Japanese companies need to have local stores and facilities to sell the Japanese-style experience. In addition to using social media and other digital technologies, they must hire local staff to run the operations, as well as maintain the facilities and services at standards comparable to their Japanese counterparts.

Some Japanese companies who previously tried to export similarly themed experiences were forced to withdraw due to various problems.

Housekeeping service provider Duskin in March decided to pull the plug on its Mister Donut chain of doughnut restaurants in mainland China, as soaring labor and other costs weighed on earnings. Restaurant operator Ootoya Holdings also liquidated its Shanghai-based unit in 2016, due to its difficulty in finding local partners and procuring ingredients.

The fate of overseas Japanese service companies could also be determined by international politics, such as Japan's decision to nationalize the Senkaku Islands, a move that stirred fierce anti-Japanese sentiment in China in 2012.