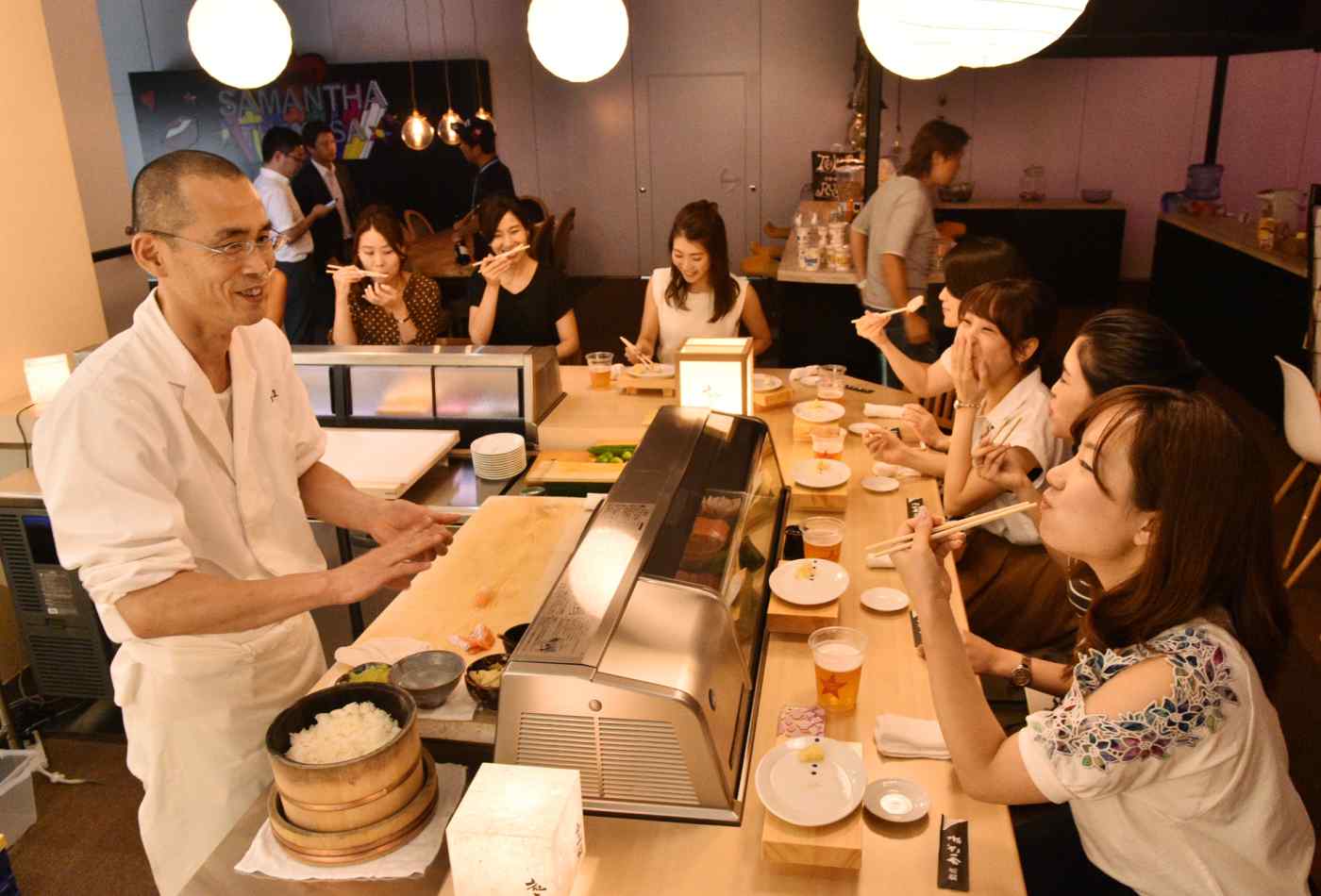 TOKYO -- When Samantha Thavasa Japan moved its headquarters into a new building in central Tokyo a few months ago, the apparel maker's founder and president decided to have a sushi counter in the office. The space is known as "Shacho-zushi" -- president's sushi.

On special occasions such as employees' birthdays, the company invites a chef from a nearby high-end sushi restaurant who makes fresh sushi for employees for free. It looks like a normal sushi shop, equipped with a draft-beer tap and special refrigerator to keep the raw fish cool.