Disruption at SK Hynix and Samsung threatens to affect Apple, Huawei and Sony 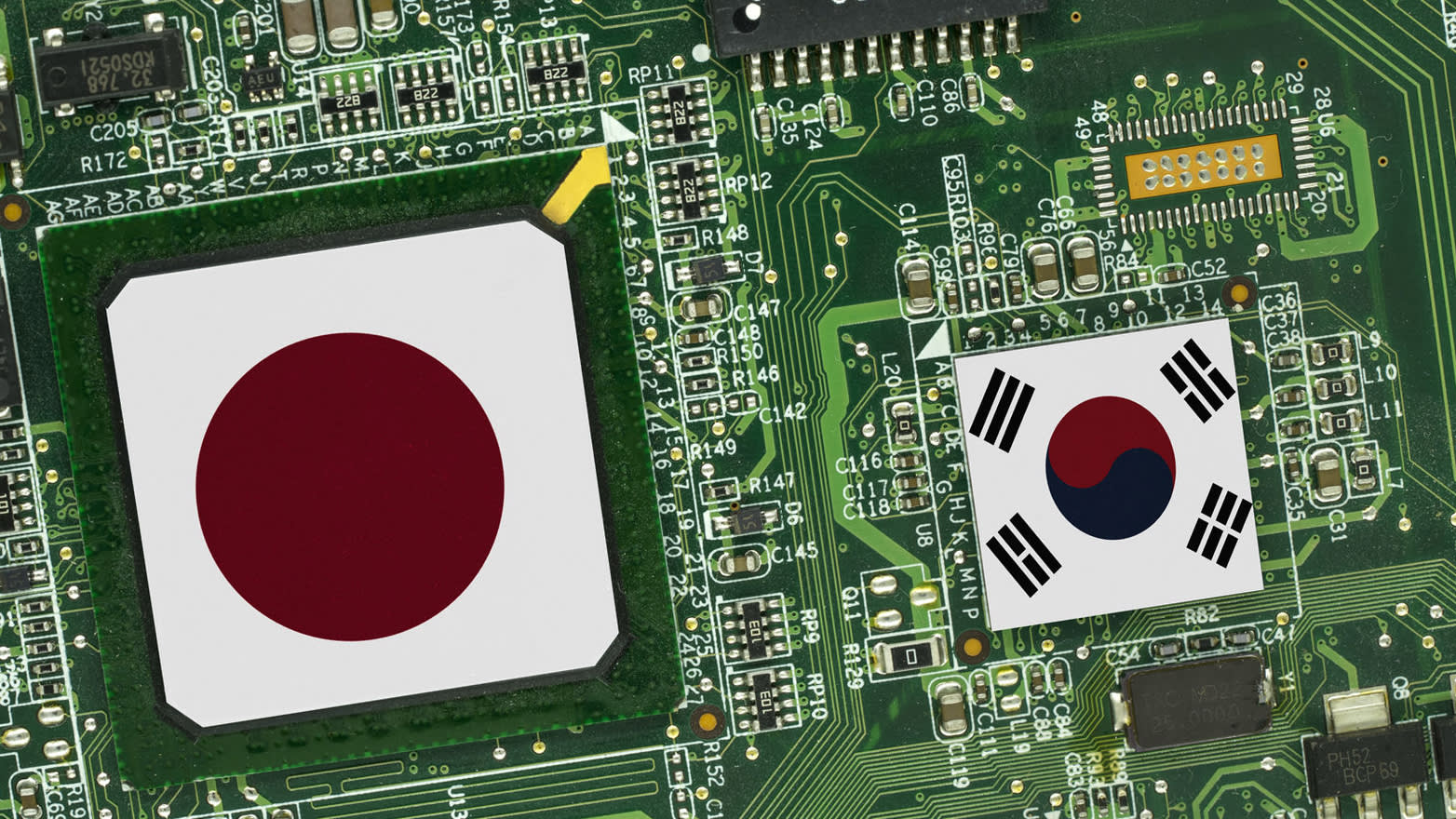 Semiconductors form a close link between the high-tech economies of Japan and South Korea.

TOKYO/SEOUL -- Japan's new export controls on South Korea, a country that produces the bulk of the world's memory chips, threaten a ripple effect that spreads beyond the two wary neighbors to electronics manufacturing globally.

The restrictions announced Monday mark the latest setback in a bilateral relationship fraught with colonial-era grievances. The move prompted Seoul to say it was considering retaliatory measures and left chipmakers to confront an immediate supply challenge.

Starting Thursday, Japanese suppliers must seek approval for individual exports of three semiconductor industry chemicals to South Korea. Japan's government expects export reviews to take about three months. But South Korean chipmakers typically keep only one to two months' worth of parts and materials in stock.

A source at chipmaker SK Hynix told Nikkei the company does not have three months of inventory. The chipmaker would have to halt production if it cannot procure necessary materials from Japan for that long, the source said.

The impact could spread worldwide. South Korean players control 70% of the global market for dynamic random access memory and 50% for NAND flash memory. Samsung leads the global chip market by revenue, with SK Hynix in third.

These chips go into devices such as Apple's iPhone, rival models from Huawei Technologies, personal computers made by HP and Lenovo Group as well as televisions from Sony and Panasonic.

A representative at a major Japanese electrical equipment maker expressed concern that the new controls could backfire.

"If supplies of things like memory from South Korea are delayed and production of Apple's iPhone falls [as a result], there could be an impact on our provision of parts," the representative said.

Lesser-known Japanese companies hold leading market shares in the three restricted materials. Polyimides are used to make flexible organic light-emitting diode displays. The others are used in forming circuit patterns: resist -- a coating substance -- and etching gas. These companies include JSR, Showa Denko and Shin-Etsu Chemical -- all of which are a third or more owned by foreign investors.

Japan also plans to remove South Korea by August from an export "whitelist" of 27 friendly countries that includes the U.S., Germany and France, meaning that shipments of products with potential military applications will require government approval. No country has ever been dropped from the list.

Tokyo cited a deteriorating relationship with Seoul as the reason for the controls, seemingly referring to a long-running dispute over compensation from Japanese companies to South Koreans for wartime labor.

The move follows Tokyo's increase in inspections of some South Korean seafood that began last month, reportedly in retaliation for continued curbs on imports of food from areas affected by Japan's 2011 Fukushima Daiichi nuclear disaster.

South Korean Vice Foreign Minister Cho Sei-young summoned Japanese Ambassador Yasumasa Nakamine to demand that the export controls be removed. He expressed concern about the impact on South Korean industry and bilateral relations, and argued that the restrictions directly contradict Japan's advocacy for "free and fair trade" at the Group of 20 summit in Osaka last week, according to the ministry.

Cho said that the government would work with businesses to prepare countermeasures. South Korea's Ministry of Trade, Industry and Energy also said it would respond with "appropriate measures," including filing a complaint with the World Trade Organization.

Experts differed on whether the new regulations are valid under WTO rules.

"This is an area where Japan can make decisions on its own, so it's probably not a violation," said Keisuke Hanyuda, partner at Japan-based Deloitte Tohmatsu Consulting.

But Yuka Fukunaga, a professor at Waseda University in Tokyo, argued that the curbs may violate WTO agreements, as they fall into a "gray area."

Nikkei staff writers Junnosuke Kobara in Tokyo and Yosuke Onchi in Seoul contributed to this article.