TOKYO -- With legions of profitable, small and midsized Japanese companies at risk of going out of business because there is no one to take the reins from aging bosses, foreign investors are becoming interested, making potentially lucrative bets on companies with uncertain futures.

Such foreign investment could be a boon for the Japanese economy in the long run, as companies benefit from the expertise offered by such investors, especially as they look to expand overseas. Yet many companies are still cautious about going down this path.

One company that grappled with the succession problem was Tokyo-based software developer WingArc1st, the largest provider of bookkeeping and invoicing software and systems in Japan, and which has begun expanding into the internet of things.

"The changes are the fastest and most radical in the information technology industry," said Hiroyuki Uchino, the company's 61-year-old CEO. "As I was about to turn 60, I began thinking about passing the baton."

Despite running a thriving business, Uchino was reluctant to ask his sons to take over. "I want my sons to walk down their own paths," he said. Japanese software developer WingArc1st is a company that Carlyle group has invested in. (Photo by Akira Kodaka)

Instead, in April 2016, Uchino opted to partner with global private equity company Carlyle Group. The Washington, D.C.-based company had also invested in Oyatsu Company, a snack maker based in Tsu in western Mie Prefecture, and other Japanese companies with succession problems.

Since bringing in Carlyle, WingArc's top-down management style has changed, with each business unit becoming more involved in decision-making. The U.S. fund "gives us strict management advice and is helping us expand globally," Uchino said.

The changes are apparently paying off. Sales have grown more than 20% over the past two years. 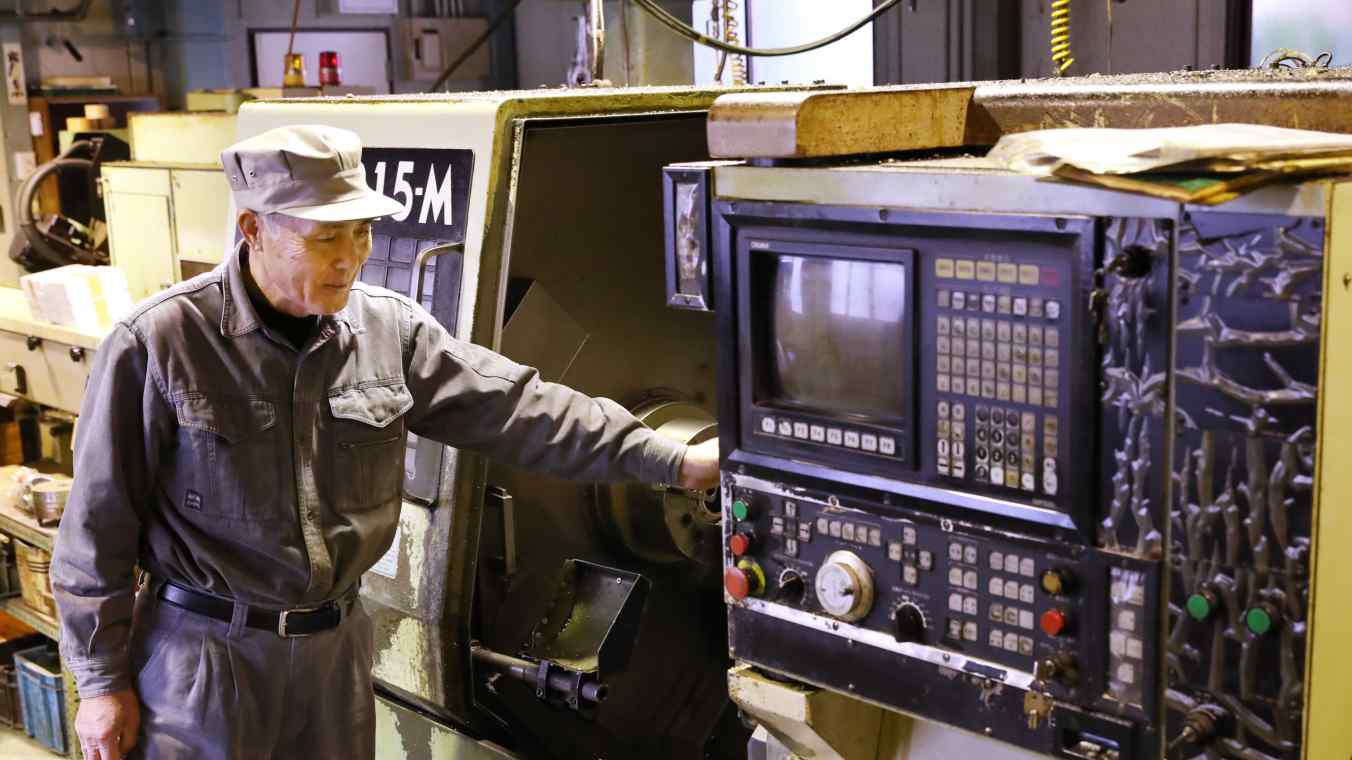 WingArc is not alone. "We receive dozens of inquiries for good potential investment targets, and our section in charge of overseas investors seems quite busy," said Kazuhiro Iino, senior executive officer at Nihon M&A Center. Many of the inquiries come from companies elsewhere in Asia, including China, South Korea and Taiwan.

When SMBC Nikko Securities hosted its regular closed-door gathering with overseas institutional investors on Feb. 27, the topic of the day was a new one. To get to know more about "succession challenges" at Japanese small and midsized companies.

An official from the Small and Medium Enterprise Agency was invited to brief the participants at the meeting held at a hotel in Tokyo.

Prior to the gathering, SMBC Nikko had asked members what topic was on their minds. Many of the foreign clients said that they wanted to know more about the opportunities to invest in heirless companies uncertain about their futures.

Only 3.7% of Japanese small and midsized-size manufacturers exported their products abroad in 2014, compared with about 20% of German companies of similar size.

Many smaller Japanese businesses, however, remain wary of foreign capital.

"I was opposed to selling our business to a Chinese or South Korean company, as I was concerned about the future of Japanese manufacturing," said the top executive of a manufacturer near Tokyo that eventually sold part of its operations to a Chinese investor.

Such concerns are shared by officials at Japan's Ministry of Economy, Trade and Industry, who worry about leaks of sensitive technology.

Yet the the changing trend seems clear.

In 2016, a Japan-focused buyout fund run by China's state-owned Citic Capital Holdings invested in a medical equipment maker based in central Japan, a top niche player in the domestic market. The company did not want to be identified by name, as it did not want people to know it had succession concerns, and was not entirely comfortable being Chinese-owned.

However, Citic has supported the company's expansion in China by using its understanding of the market and its management expertise. Citic has helped it find a local partner and prepare to launch a joint venture in the country.

"The business succession problem can serve as a catalyst for Japan's efforts to promote consolidation of small and midsized companies for higher industrial efficiency," said Hironobu Nakano, managing partner at Citic Capital Partners.