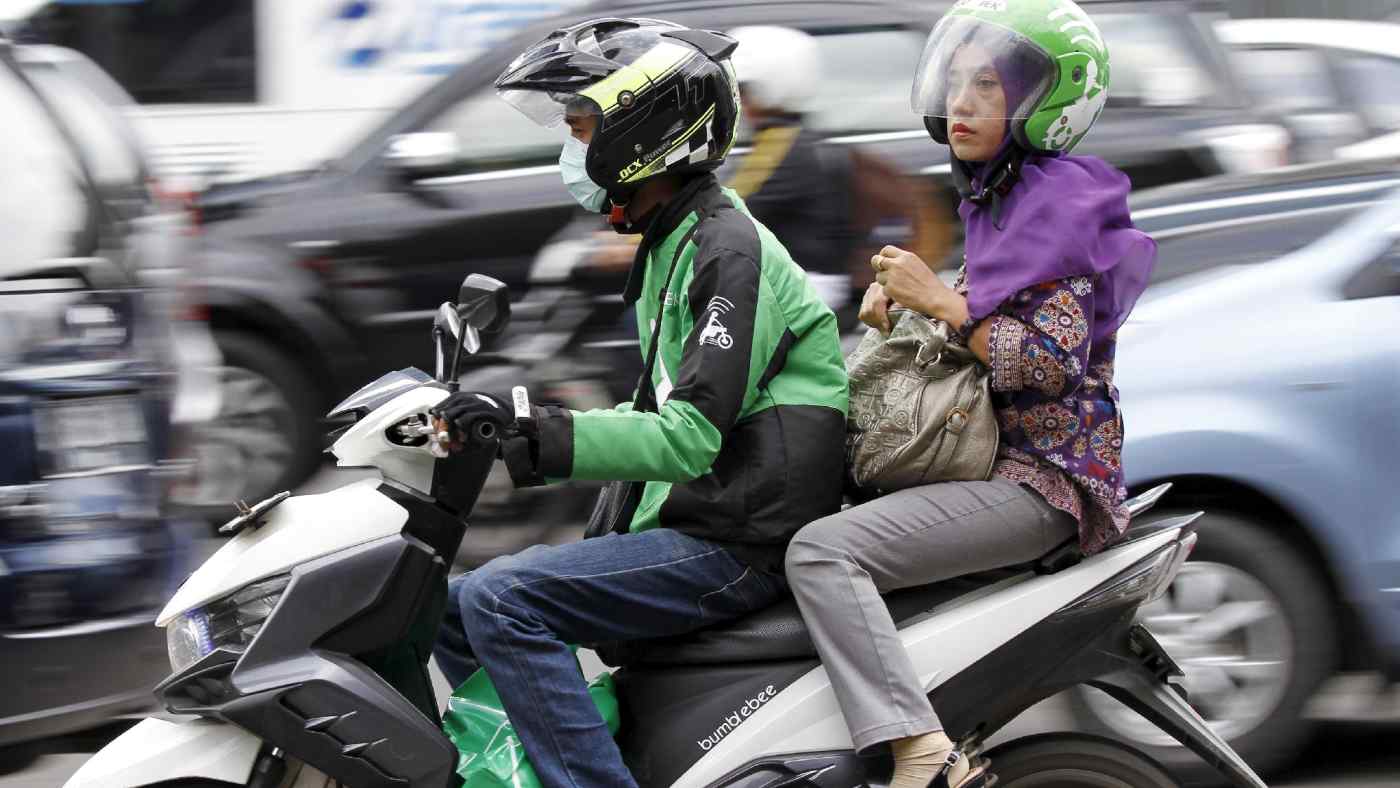 Ride-hailing apps like Go-Jek and Grab have gained popularity for their motorcycles, which can weave through traffic, an advantage retailers are seeking to tap.   © Reuters
JUN SUZUKI, SHOHEI KONO and MARIMI KISHIMOTO, Nikkei staff writersDecember 19, 2018 05:09 JST | Indonesia
CopyCopied

JAKARTA/TOKYO/BANGKOK -- Retailers are teaming up with ride-hailing companies in Southeast Asia to bring products directly to customers' doors, saving them the trouble of sitting for hours in some of the world's worst traffic.

Aeon has joined with Indonesia's Go-Jek to start shopping and home delivery services in the country. Customers can order items by smartphone to be picked up at an Aeon store and delivered by a Go-Jek driver. Aeon will also accept Go-Jek's Go-Pay digital money at its stores.

Retailers are seeking partnerships with these apps because their motorbike fleets are able to navigate more quickly than cars through Southeast Asia's gridlocked cities. Grab's delivery service, for instance, was able to deliver products ordered at 5 p.m. in Bangkok during the afternoon rush hour in just over an hour from a store about 6 km away. The service is available for orders over 200 baht ($6) and costs 60 baht to 90 baht.

Bangkok is the world's second most gridlocked city -- after Mexico City -- while Jakarta is third, according to Dutch mapping service TomTom. By partnering with ride-hailing apps, retailers can flexibly deliver orders as they are received, whatever the traffic conditions, without building out their own logistics network.

Go-Jek and Grab are Southeast Asia's two biggest ride-hailing apps. The Indonesian app has 1 million registered motorcycle drivers, while its Singaporean counterpart has 4 million car and motorcycle drivers. The two companies have grown rapidly due to shortcomings in the region's public transportation.

Grab has launched its service in eight countries, while Go-Jek claims 100 million users in Indonesia and has begun to expand overseas with its debut in Vietnam. These apps have also diversified their services with digital payments and home deliveries.

The digital economy is growing faster in Southeast Asia than anywhere else in the world. The market will more than triple to $240 billion in 2025, driven by a fivefold increase in e-commerce, according to estimates by Google and Temasek Holdings, Singapore's sovereign wealth fund.

But sales growth at Southeast Asia's brick-and-mortar stores has slowed significantly. In Indonesia, the region's largest market, sales in October rose just 2.9% on the year, compared with double-digit growth through 2016. As a result, retailers in the region have been pressed to adjust to consumers' changing needs.

Transmart Carrefour began efforts similar to Aeon's last year in Indonesia. KFC teamed up in August with German-based food delivery service Foodpanda in Malaysia, with plans to deliver out of 70% of its stores by the end of 2019, up from about 30% now.

Retailers and restaurants can also gather more detailed data, like customer demographics, by partnering with ride-hailing apps that have payment services.