NISEKO, Japan -- Moving his company from the bustling capital Tokyo to the mountainous views of Niseko, Hokkaido, Hiroki Mizuguchi, chairman and president of tea store chain Lupicia is confident that the new environment will bring out the creativity of his staff.

"I should have come here earlier," he said, a year after submitting the paperwork to relocate the company's headquarters. "With artificial intelligence coming, we are only going to be able to survive if we are creative. An environment like this is likely going to help us find the answers to the new era."

The move will be fully complete when the new headquarters building is finished in the autumn of 2022. Over 100 staff will be based in Niseko, famous for its ski resorts.

"Other companies are all thinking of increasing sales, but I am not in the habit of chasing numbers. If we do the right things, sales will follow along," Mizuguchi said. "In this age of technological disruption, even big corporations can't foresee the future. What is important is that we survive."

He noted that urban lifestyles have been the trend for the past 200 years, but with the impact of the coronavirus, that may be ending. 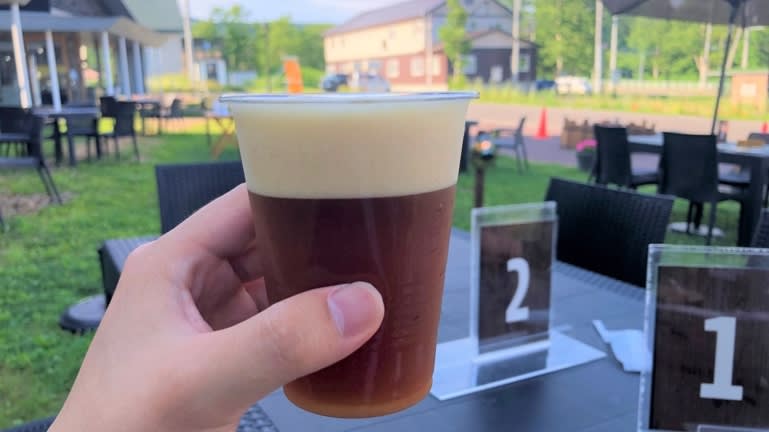 The company is expanding into non-tea sectors, including craft beer.

For Lupicia, which models itself after Fauchon of Paris, COVID-19 and the stay-at-home culture has brought new demand for its teas. It saw a doubling of online sales.

With the tailwind behind it, the company is expanding its non-tea sectors. Craft beer is one such area.

Last autumn, it built a new beer factory and began production. High-quality water is available from Mount Yotei nearby, also known as the Mount Fuji of Ezo, the former name for Hokkaido. It serves the beer at a restaurant it runs in the neighboring town of Kutchan, and also ships nationwide. Hiroki Mizuguchi, Lupicia's chairman and president, is confident that the new environment will bring out the creativity of the staff.

While shipping costs to the big cities are a disadvantage, "the upside of being stress-free in the heart of nature is much bigger," Mizuguchi said.

The 66-year-old Mizuguchi, a French-educated former business consultant, added: "In the world, there are towns where people only drink locally made beer. That's the kind of craft beer we want to make. We can't do that in Tokyo."

The former headquarters in Tokyo's posh Daikanyama neighborhood is now almost empty, he said. Already, about 80 staff have moved to Niseko. But the town itself is seeing a rise in rent, due to the popularity of being a world-class ski resort.

The company is busy building staff housing around the planned new headquarters.