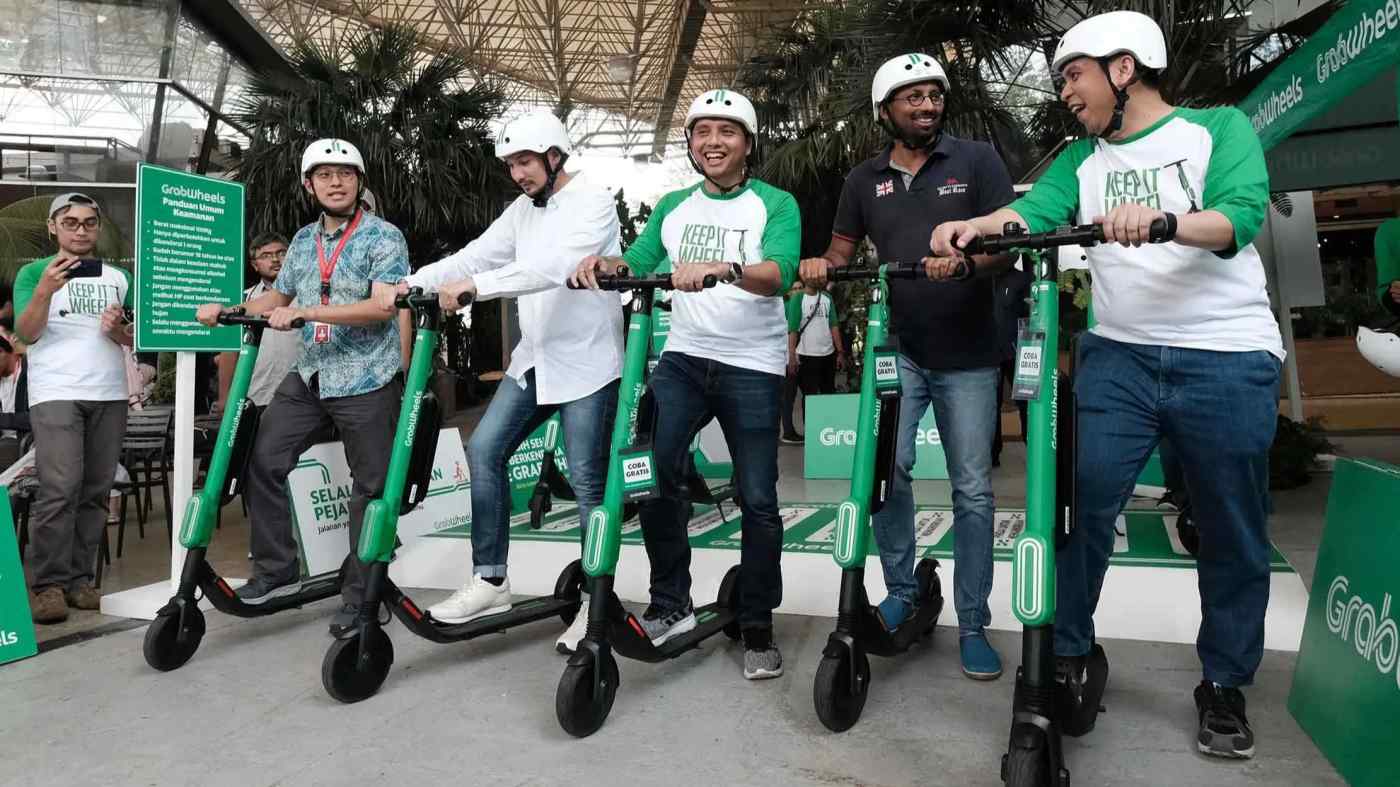 JAKARTA/SINGAPORE -- For a while, ride-hailing unicorn Grab's electric-scooter sharing service seemed to enjoy a rare prospect in Jakarta: an open road.

GrabWheels, introduced in May on the outskirts of Indonesia's capital, gradually expanded into central Jakarta and caught on among young people, giving them a way to zip through traffic-clogged streets.

Singapore-based Grab even dared to place the scooters near the headquarters of superapp rival Gojek in South Jakarta.

But the tide turned in November when two GrabWheels riders were killed in a collision with a car in Jakarta, the first fatal incident involving the scooters. Now, Grab and its peers face stricter regulations in both Jakarta and Singapore that threaten to slow their growth.

The deaths prompted Jakarta's regional government to introduce temporary curbs on the use of electric scooters: allowing the vehicles only on bicycle lanes, imposing a speed limit and introducing a minimum age of 18 to use the service.

Permanent regulations targeting e-scooters will be finalized in January.

For now, the service on Grab's app shows the message "GrabWheels is available only in highlighted zones. More zones are coming soon!"

Jakarta's tighter rules follow similar action in Singapore, which in November banned the vehicles from public roads and walkways after a spate of collisions involving e-scooter drivers and pedestrians that resulted in numerous injuries as well as the death of an elderly woman.

Another operator, Singapore-based Neuron Mobility, stopped the e-scooter service in its home market. The company also halted service in Thailand, which has no rules on e-scooters, "to make a strategic shift to Australia and New Zealand." It raised $18.5 million in December to accelerate this shift.

The region's many fast-developing cities have grown massive, with very high population density, making them "a bit different from a lot of the Western cities," he said. "The strong growth in population and economic development brought a lot of traffic problems. That gives rise to a lot of other alternative modes of transport that could be interesting in the next 10 years."

Alan Jiang, CEO and co-founder of peer Beam, mirrored Wang's views. The fellow Singapore-based e-scooter sharing service operates across Asia and Oceania, including in South Korea and the Malaysian capital of Kuala Lumpur.

"There is an interesting use case [in Malaysia], which is that people like to ride our e-scooters to beat the traffic," he said. "We think this will be an exciting use case in more congested cities across Southeast Asia, and we think Beam will be a great way to reduce congestion and pollution in cities."

The e-scooter sharing industry offers favorable economics, according to McKinsey & Co. The global consultancy, in a report from January, said the "acquisition costs of an electric scooter are about $400," compared with several thousand dollars to buy a car for a four-wheel sharing service.

While "car-sharing solutions need several years to become economically viable," McKinsey said, a leading operator in e-scooter sharing -- with five rides per day -- could reach a break-even point in less than four months. 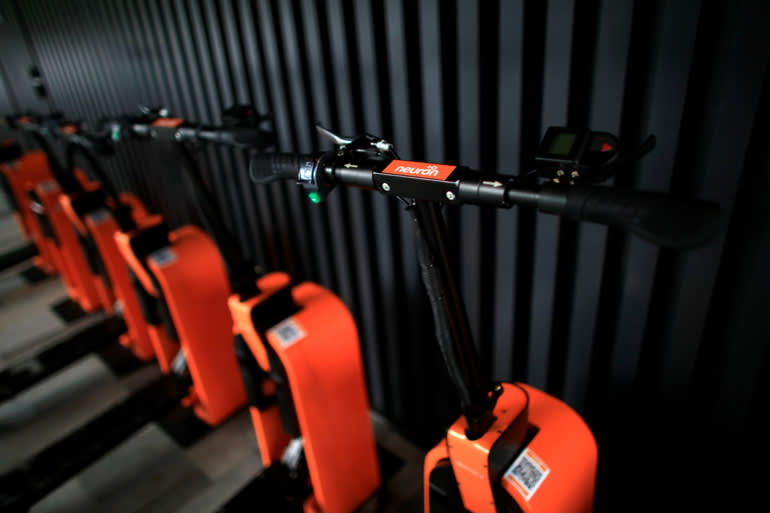 Prior to the new regulations in Singapore and Jakarta, Grab intended to double down on the business vertical. DealStreetAsia reported in June that the company was exploring the option of raising capital for GrabWheels separately and bringing in strategic investors such as an original equipment manufacturer or a technology partner to help run the business.

But e-scooter sharing, like bicycle sharing, runs on the premise of offering urbanites a mode of transportation for short distances where a taxi or ride hailing is impractical due to traffic or wait times.

This premise has led observers to question whether e-scooter sharing can avoid the same fate as its counterpart. Chinese players like Mobike and Ofo spread swiftly in the region but exited almost as quickly after burning through investor money and leaving behind a pile of abandoned bicycles. Grab, which also operated a bicycle-sharing business, ended the service late 2018.

"The basic idea -- that there are some types of short journeys where a shared mobility service can meet a consumer need -- is valid," said Mark Suckling, principal at Singapore's Cento Ventures. "The question will be how to implement it successfully without running into some of the same problems that affected the bicycle-share operators."

Though regulations also contributed to the demise of bicycle-sharing operators, Suckling said, the bigger problem was the sustainability of their business model after expanding rapidly and hyping up the last mile mobility market.

"In this sort of hype-driven market, many individual companies will fail, as short- to medium-term success is often a factor of who has the greatest access to capital," he said. "E-scooter startups show some signs of repeating this story. That said, surely there are certain lessons to be learned, and therefore we may see a different, and more viable, business model emerging for e-scooters."

Neuron and Beam have taken lessons from the failures of bicycle-sharing companies.

They "failed because they were not able to build sustainable economics and lost way too many vehicles," Beam's Jiang said, calling it "purely an operational issue."

Neuron's Wang said heavy competition also played a role. "On the pricing, there was a huge competition," he said. "In the end, a lot of bicycles were free."

But e-scooters may have lost traction in Jakarta already. Adrian, a 28-year-old office worker in the city, once took GrabWheels regularly to visit a shopping mall after work. Walking would take 15 minutes, while an e-scooter cut the trip to five.

"It was very convenient," he said, but "it feels normal" not having the scooters anymore. "I don't mind walking again or taking a bus, even though it will take a longer time and I have to sweat a little."