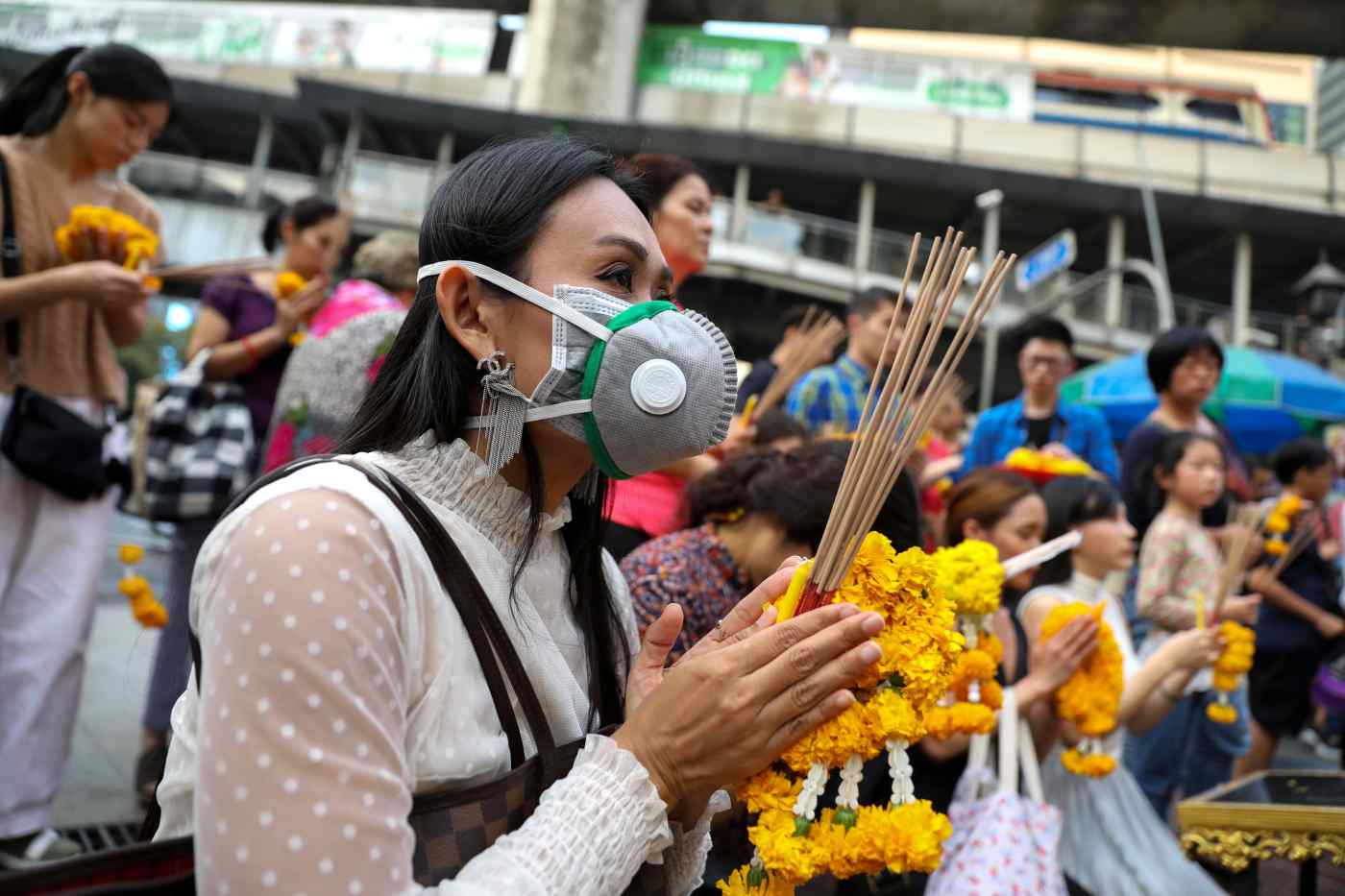 Heeding a government call, a woman and prays with unlit incense ahead of the Lunar New Year at Erawan Shrine in Bangkok on Jan. 28.   © Reuters
MARIMI KISHIMOTO and APORNRATH PHOONPHONGPHIPHAT, Nikkei staff writersFebruary 19, 2019 03:03 JST | Thailand
CopyCopied

BANGKOK -- The severe air pollution blanketing the Thai capital has caught one of Japan's big electronics producers flat-footed and left one of Thailand's major retailers without enough designer air purifiers from the U.K.

Economic losses from the smog are estimated at 6 billion baht ($192 million) in January alone. But the haze, which has been coloring Bangkok's skyline since early January, has also been a boon to makers of face masks, Southeast Asia's largest ride-hailing service and to city's notorious sidewalk vendors.