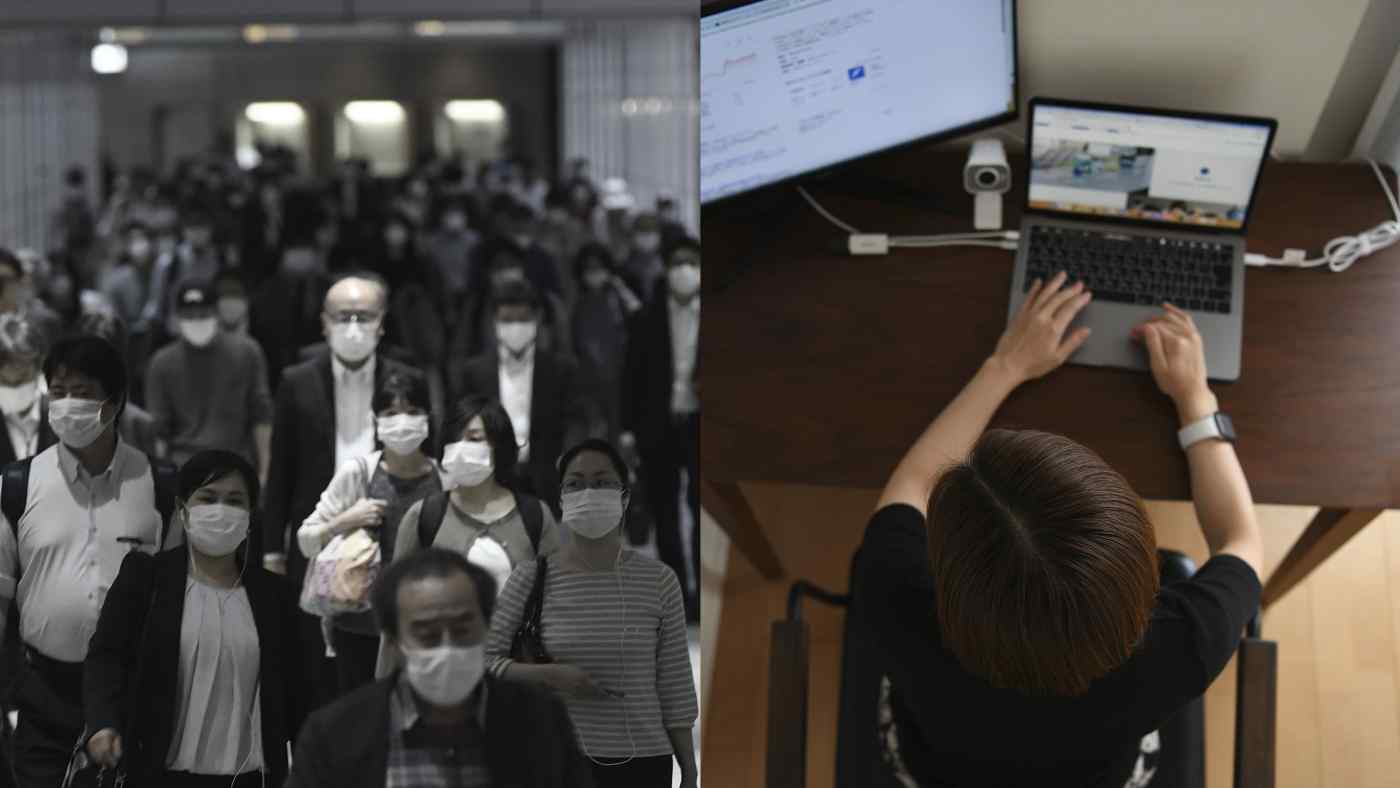 TOKYO -- Honda Motor is introducing work-from-home allowances and rearranging its office spaces in the latest sign that large Japanese companies confronting COVID-19 are making gradual but permanent revisions to their corporate cultures.

"After experiencing teleworking at home, we realized it is possible to implement a new kind of work style we had never imagined," said Asako Suzuki, Honda's head of human resources and corporate governance. "It has become apparent that we were spending more time commuting and in meetings than was needed. [The pandemic and subsequent telework boom] made us reconsider our workflow from scratch."

Suzuki was speaking during an online news briefing on Tuesday.

In April, at the peak of Japan's outbreak, Honda allowed nearly 30,000 employees to work from home. The number represents over 70% of the automaker's total Japan workforce.

Next month it will suspend the traditional practice of paying employees' monthly commuter train expenses. In place of the stipend, Honda will provide a per-day allowance of 250 yen (about $2.35) to help employees cover their increased utility bills and the costs of any equipment they might have had to buy so they can work from home.

Some employees may also receive company support for their purchases of face masks, air purifiers and wireless routers.

Honda is also making arrangements for those still working out of the office. In some offices, desks are being moved to open space among workers, while in others partitions are going up to create booths for individual workers.

In addition, internal agreements and other documents that have previously required signatures in ink will now be digitized so that matters can be made official via email.

With its adjustments, Honda joins a list of companies that are helping employees work from home. SoftBank, Japan's No. 3 mobile carrier, in September abolished its commuter train stipends as a majority of its employees were regularly working from home. At the same time, it began offering 4,000 yen a month to its nearly 20,000 employees in Japan to help them pay for their communication expense.

NTT, Japan's biggest telco, next month will start giving daily allowances of 200 yen to all of its 180,000 employees in Japan.

In spring, Olympus will adjust its commuting allowances so that they correspond to each employee's commuting needs. At the same time, it will enhance its telework considerations. The optical specialist will remove a cap on the number of days each of its almost 15,000 employees in Japan can work from home and provide a "special support fund" of several thousand yen per month. The iconic camera brand will later consider expanding the system to its foreign offices.

Japanese workers' migration to their own homes began at several internet technology companies, but the trend now encompasses much of Japan Inc., once infamous for its stoic resistance to change.

It was April when the government declared a state of emergency, which lasted through much of May. When the decree was issued, companies were urged to have their employees work from home.

"That was an emergency measure," said Yuji Kobayashi, principal researcher at Persol Research and Consulting, which specializes in human resources and work-style reforms. "But as talk of [a potential] second wave [of infections] increases, many large companies are realizing they can run their personnel systems more smoothly by taking a mid- to long-term perspective."

The trend toward work-from-home allowances, Kobayashi said, is an effort by companies to share their savings on office utility and business trip expenses.

However, Kobayashi said a divide will emerge in corporate Japan between companies like Honda that introduce new work styles and those that stick to the "old normal" out of the belief among some managers that productivity has fallen now that co-workers cannot communicate face to face.

Kobayashi sees a challenge ahead for these "old normal" companies. "The young generation," he said, "tends to prefer flexible working environments." So when the economy recovers, the remaining stoic companies might face challenges attracting young talent.