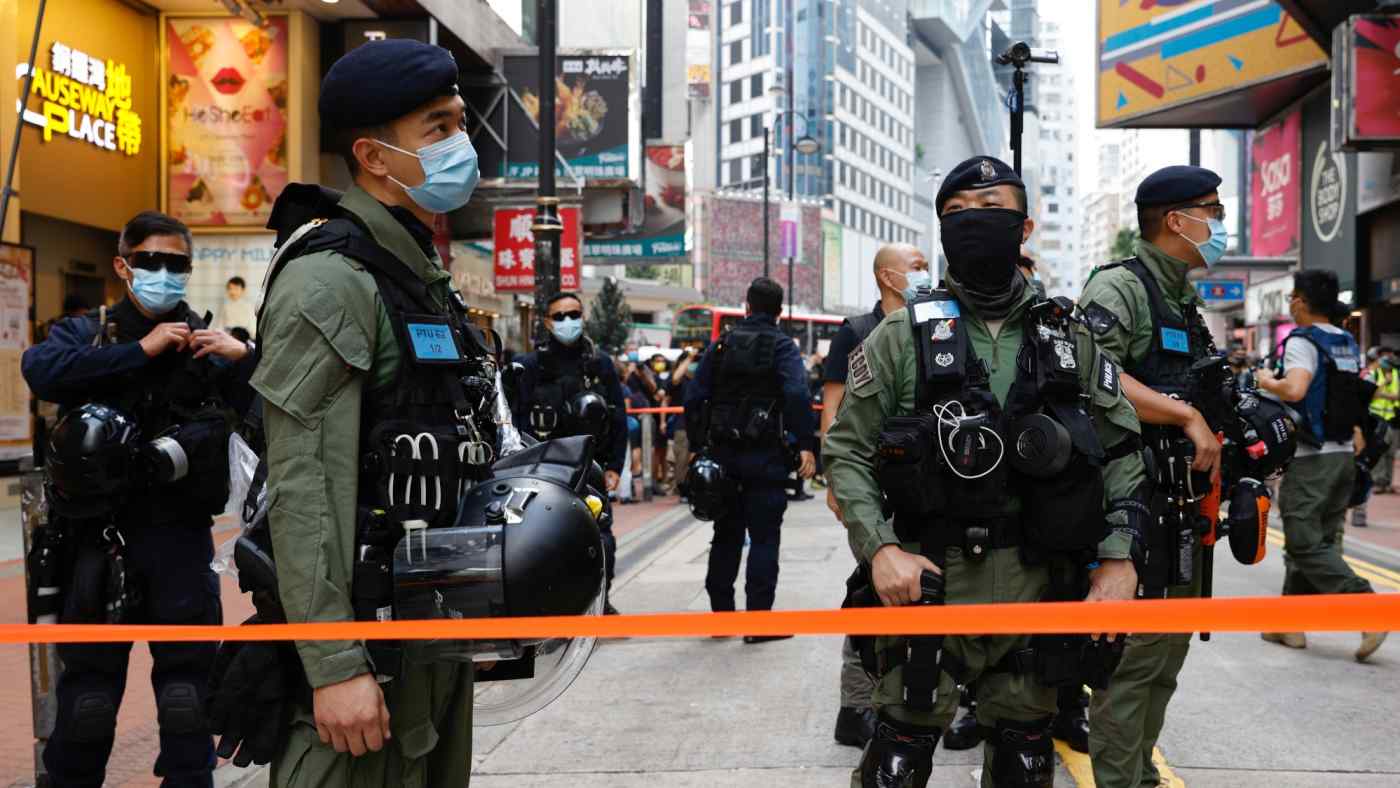 HONG KONG -- A majority of Japanese companies with a presence in Hong Kong are concerned about the national security law imposed by China, a survey released Monday shows, with 34% contemplating restructuring operations there or leaving the territory entirely.

The Hong Kong government claims the national security legislation has led to social stability. But out of 296 Japanese firms that answered the survey conducted in part by the Japan External Trade Organization (JETRO), only 1% reported seeing any positive effects. Some 8.5% said it was having a negative impact, such as dampening the appetite to invest.