Lessons for Singapore as digital challengers to HSBC lure customers But ZA, co-owned by mainland online insurer ZhongAn Online P&C Insurance and Sinolink Group, has its 155-year old rival firmly in its sights as it joins the vanguard of Asia's surge into digital banking.

ZA, which along with seven others received a banking license from Hong Kong Monetary Authority last year, opened March 24 and has attracted more than 5 billion Hong Kong dollars ($645 million) in deposits from more than 190,000 customers, or 1,000 customers a day. It also offers loans, money transfer and insurance services.

We became the "first virtual bank in Hong Kong, even during the pandemic," said Rockson Hsu, chief executive of ZA. "Being the first is a very good encouragement for the whole team."

It makes Hong Kong, where seven of the eight new banks have now launched, a barometer of how they might fare -- and of how their traditional bricks-and-mortar rivals might respond.

Armed with promotional deposit rates of as high as 6.8%, cash rebates, spending rewards and other innovations, such as Asia's first numberless debit cards, the Hong Kong virtual banks have together attracted 300,000 accounts and over $1 billion in deposits in just a few months, according to the city's finance secretary, Paul Chan.

However their bet is that this price is worth paying to make Hong Kong a gateway to the so-called Greater Bay Area, including Macao and southern China, a fast-growing area of 70 million people that policymakers want to turn into a high-tech megalopolis. 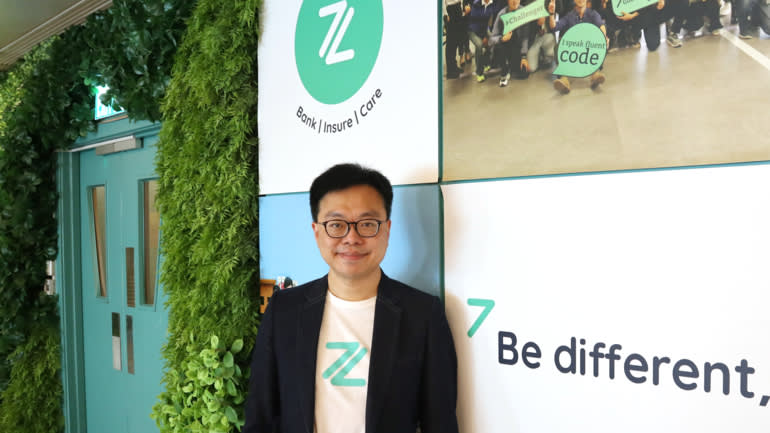 ZA Bank, a recent entrant into Hong Kong's banking market, is weighing its next move. "Once we've found a sustainable model, we can go outside of Hong Kong or China," says CEO Rockson Hsu.

Hong Kong's challengers are also eyeing opportunities in other countries such as the Philippines, Malaysia and Vietnam, which are also laying the groundwork for digital banks.

Interviews with the banks, analysts and consultants reveal a multistage game plan to compete in a highly developed market -- with 21 bank branches for every 100,000 people and where two-thirds of the population over 15 years old has a credit card -- the most among major markets in Asia, behind Japan.

"We expect digitalization to be a key driver for cross-border financial transactions within the Greater Bay Area," said ZA's Hsu in an interview. "This could as well be a starting point for virtual banks to further expand their business to Southeast Asia and the rest of the world, with the help of technology."

The first phase concentrates on building a brand to take market share in Hong Kong, and lending to the small-business segment using big-data capabilities.

ZA bank offers a 1% interest rate, far higher than the 0.001% rate for current accounts at incumbent banks, while Airstair bank, backed by Xiaomi, offers 5% annually for the first HK$20,000 in a deposit amount.

The cost of setting up new businesses, combined with the customer incentives, means the banks are all loss-making, according to the lenders' interim reports. Livi bank reported a loss of HK $184 million; Mox Bank, majority-owned by Standard Chartered, recorded a HK$173 million loss; and ZA made a HK$126 million loss. The banks will make a loss for at least two years, analysts say.

Promotions to win customers are getting to a "tipping point that we need to see what the ongoing engagement strategies are," said Marc Entwistle, principal of digital strategy at consultancy Oliver Wyman. "The virtual banks will need to show quite quickly how they translate customer acquisition into customer retention."

Paul McSheaffrey, a partner at KPMG China, said it is a challenge for virtual banks to find sustainable revenue. While lending to individuals is very competitive, McSheaffrey said lending to small and medium-size enterprises is an area that traditional banks focus less on and is therefore an opportunity, especially for short-term, quasi-secured financing with attractive interest rates.

"There is also an opportunity to use alternative data to carry out credit risk assessment as well, and identify companies that are creditworthy but don't fit into traditional credit risk-assessment models," he said. HSBC, a market leader in Hong Kong banking, is cutting fees and making it easier to open accounts as digital challengers emerge.   © AP

For example, Ping An One Connect Bank has partnered with Tradelink Electronic Commerce to create a small business banking service. Tradelink is one of the main platforms for importers and exporters in Hong Kong to electronically lodge trade documents. The platform captures business data that helps the bank assess risks from those borrowers

Ping An One Connect Bank "has strategically chosen to serve the SME market and is the first Hong Kong virtual bank adopting the model of "alternative credit scoring," the lender said. "By utilizing alternative data such as import and export declarations volume, the bank conducts highly efficient and accurate credit assessments as to provide flexible and efficient SME lending services."

Ping An also uses big-data techniques to develop a credit underwriting approach in which customers that fit its risk appetite can be identified in advance. Its first credit product has a "five-day service pledge," meaning that HK$1,000 compensation will be given if credit approval and loan disbursement together take longer than five working days.

A fifth of its customers who use the loan product do not have any other loans, it said.

A government survey showed financing is a major concern for small businesses in Hong Kong, which employ about 45% of the territory's private-sector employees. Businesses often lack collateral, while banks do not have sufficient data to determine the risk of extending credit to them.

Hong Kong's incumbent banks are responding to the threat of the newcomers. HSBC cut 26 of its fees, starting last month. The bank, which decided not to open a virtual bank, plans to invest $5.8 billion in technology this year to enhance its digital offerings, including allowing account openings online in 10 minutes.

A virtual banking license "wouldn't allow us to do anything that we can't already do," Andrew Eldon, head of digital at the wealth and personal banking of HSBC told Nikkei Asia.

The bank has 1.36 million active users for the HSBC Hong Kong retail Mobile App, up 45% year-on year. "Ninety-five percent of our [Hong Kong] retail banking transactions are done via digital, so from that perspective we already think of ourselves as a digital bank. But we still have lots more to do here," Eldon said.

Similar digitization strategies have started at other incumbent banks, including Citigroup's local operations. On Dec. 2 It launched Citi Plus, a mobile banking app with deposit, investment and wealth-management functions for "digital natives." 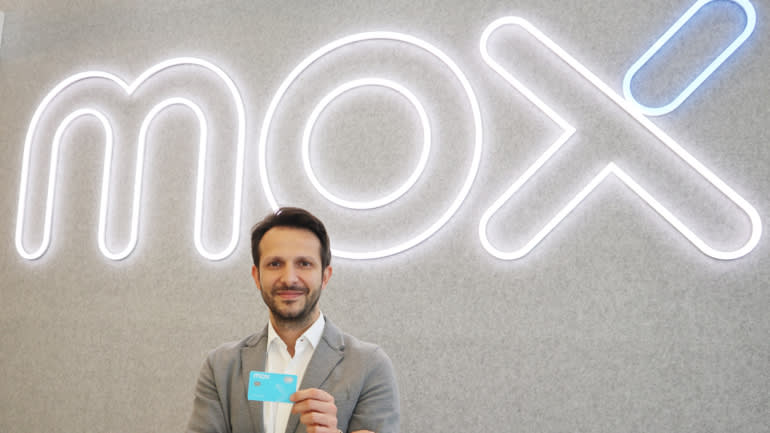 "First, we want to defend our market from nontraditional players. Second, we want to attack this market to get new customers with the new operating model, " said Deniz Guven, chief executive of Mox. Within a month of its launch, Mox Bank has acquired 35,000 customers with cash rebate offers and 1% annual interest for deposits.

Expanding into the Greater Bay Area is a goal for most virtual banks in Hong Kong.

Fusion Bank, backed by Tencent Holdings, plans to build upon Tencent's digital payments ecosystem in China as part of its Greater Bay Area plan, according to its chief executive, Eric Sum. Fusion's other shareholders include Industrial and Commercial Bank of China and Hong Kong Exchanges and Clearing.

Tencent, which owns WeChat Pay and QQ Wallet, has a 38.9% market share of China's nearly $30 trillion digital payments market, second only to Ant Group's Alipay, according to research house Analysys.

There is also an opportunity to use the Hong Kong experience as a springboard for regional expansion by the main shareholders, analysts say.

"When you go through the licensing process in Hong Kong, it's very stringent, very detailed. So, I think being licensed as a full bank in Hong Kong gives a lot of confidence to regulators around the region," Lloyd said.

"The main shareholders of the Hong Kong virtual banks will take away this experience -- the rigor, the processes, et cetera -- when they consider applying, whether solely, or in joint venture with others, for bank licenses in other markets. Once they do that, then they can try and knit the various arms together via partnership to showcase a pan regional entity."

ZA's Hsu hopes the bank can expand its business to non-Hong Kong residents next year, which would spur its cross-border growth. "The faster the better," he said. "The point is how fast we can make ourselves a trusted bank before we go. ... Once we've found a sustainable model, then we can go outside of Hong Kong or China."