From selling handcrafts to logging $70m in annual sales 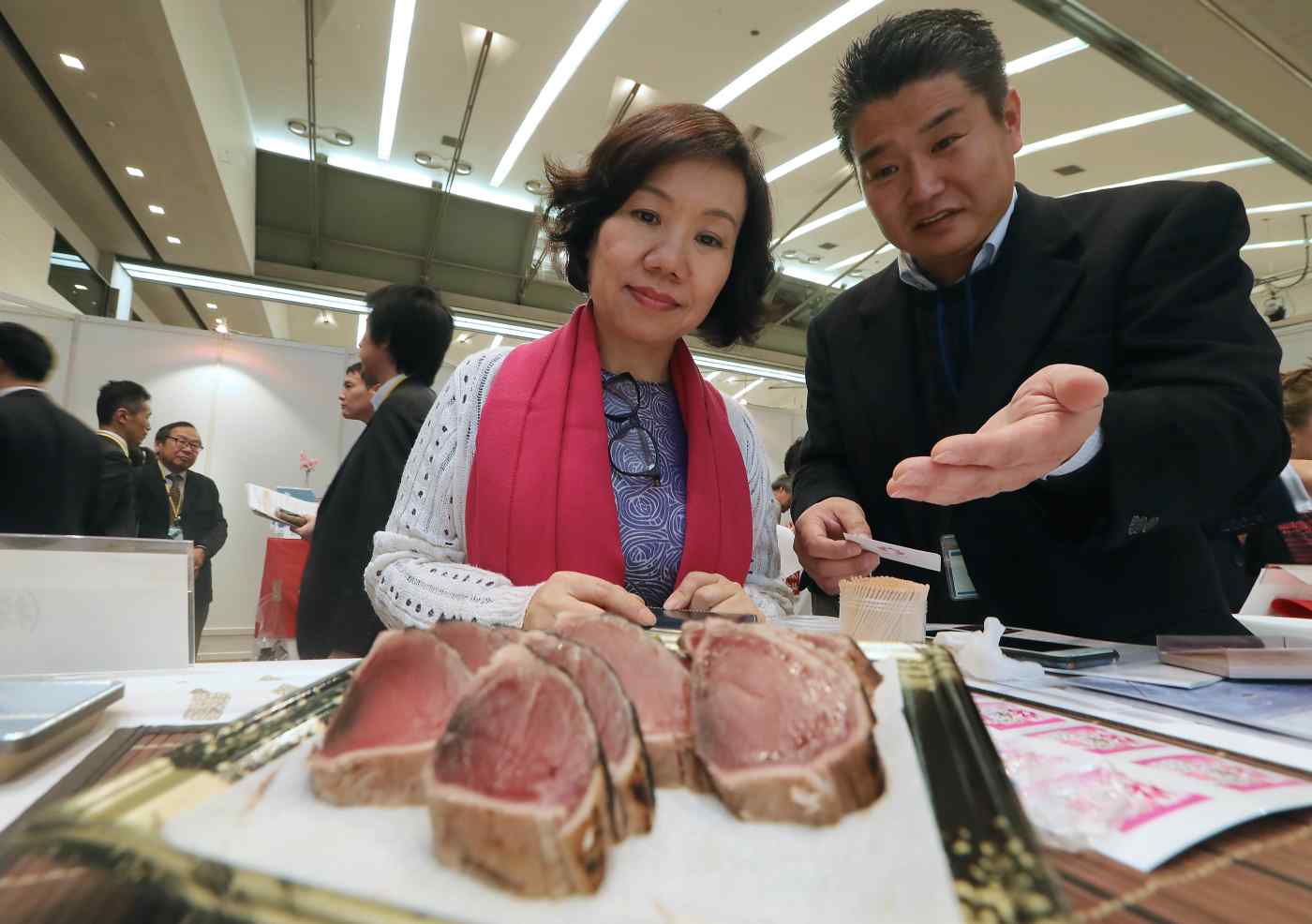 TOKYO -- Lotus Food Investment and Development may not be the most famous name in Japan's consumer goods industry, but it has established itself as the go-to company for anyone wishing to enter the Vietnamese market.

The founder and CEO, 47-year-old Le Van May, has transformed a small wholesaler of houseware into a major distributor of diapers, baby formula and Japanese food in the Southeast Asian country.

By creating a major retail player through partnerships with Japanese multinationals, she has emulated other Southeast Asian entrepreneurs like Boonsithi Chokwatana, chairman of leading Thai consumer goods conglomerate Saha Group.

Set up in 1997, Lotus now has 1,500 regular employees. It posted sales of around 5 billion yen ($47 million) last year and expects them to grow 40-50% this year. The company now has partnerships with big names in Japanese consumer goods such as Morinaga Milk Industry, Nichirei, Daio Paper and Toridoll Holdings.

"Many young Vietnamese dream about running their own businesses, rather than becoming employees and doing what they are told to do," Le said in an interview with the Nikkei Asian Review. Her own goal is to enable her compatriots to enjoy Japanese lifestyle without stepping out of the country.

Lotus' track record makes it a safe pair of hands, explains Yoshiaki Sakuma, corporate planning chief at Chiyoda Sushi, which operates a joint venture with the company that runs a restaurant in Ho Chi Minh City.

Chiyoda Sushi is trying to get a head start while per capita income is still relatively low. It is currently $2,200, but will soon approach $3,000, a level where consumption growth often starts accelerating.

"Vietnam is more attractive as a market than countries like Thailand where there are already many sushi restaurants," said Sakuma. Fluency in Japanese has been crucial to her success, but it is far from her only attribute. Local insight and sheer grit have won over Japanese businessmen clamoring for access to the rapidly growing market.

Le originally studied Russian and spent time in the Soviet Union. But the communist regime's collapse in 1991 and subsequent downturn in opportunities prompted her to turn her attention elsewhere.

After finishing college at 20, two years ahead of her peers, Le joined Japanese trading house Nissho Iwai, now Sojitz, and became an assistant to the president of a local subsidiary.

She left the company when she had a child, but kept in contact with the Japanese business community by taking up a position with a local trade association. At 26, she founded a houseware wholesaler, exporting everyday items like chopsticks, dishes and embroidery for clothes to Japan, according to Yukio Mutsuda, a long-time business partner.

Le's next venture was to start making shrimp cutlets for export to Japan. The job involved midnight visits to Ho Chi Minh City fish market in order to get her hands on the first deliveries of the day's catch.

Securing large enough quantities for the Japanese market required daily trips and many long nights, but diligence and reliability earned her more and more clients.

With the profits, Le set herself up as a distributor of imported goods, targeting her country's young consumers. By 2002, Lotus was selling diapers for Japan's Daio Paper, boosting the company's standing significantly.

"Children get top priority for Vietnamese on limited budgets," Le said. "Vietnamese mothers want to help their children do well at school and become successful in business." 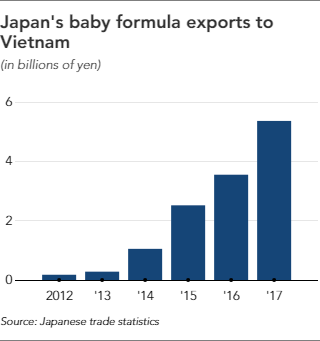 In 2010, Lotus started selling baby formula for Morinaga Milk Industry, putting the Japanese brand in direct competition with Western giants such as Abbott, Nestle and FrieslandCampina, and their considerably larger marketing budgets.

Lotus helped Morinaga Milk overcome the disadvantage by appealing directly to moms through social media and store-front campaigns. Le put together an army of sales representatives and had them visit hospitals and maternity stores to raise the profile of the brand, while using local celebrities for social media promotions. Morinaga Milk has seen sales in the country grow steadily and expects them to rise further.

According to Japanese trade statistics, the country's exports of baby formula to Vietnam totaled 53.6 billion yen ($511 million) in 2017, up from practically zero in 2013. Vietnam was the sixth largest food export market for Japan last year, with an annual growth rate of 22%.

Lotus then went into the restaurant business and began franchising for Japanese chains. In 2014, it opened its first udon noodle shop in Ho Chi Minh City in partnership with restaurant operator Toridoll. The number of shops has now increased to eight and the company is in talks regarding a similar set up with curry house chain Ichibanya.

Le's ambitions continue to evolve. Having established Lotus as the gateway to Vietnam for Japanese companies, she now wants to position it as a one-stop shop for people in the country who want to get hold of Japanese goods.

Among the thousands of booths at this month's Foodex trade fair near Tokyo, Le was most interested in vitamin supplements for children produced by Tokyo-based company Unimat Riken, as well as protein diet and collagen supplements produced by the Osaka-based Fine. Unimat recently started distributing its products in Vietnam, but said it would be open to taking on a local partner if it helped boost sales.

Many women become breadwinners for their families while in their early 20s in Vietnam and are wary of developing ailments such as knee pains later in life, Le said.

Obesity, diabetes and high blood pressure are also becoming issues as Vietnam grows wealthier. "You post pictures of yourself on Facebook. It's very embarrassing if you gain weight," Le said, flashing a picture of herself with her a daughter she had posted.