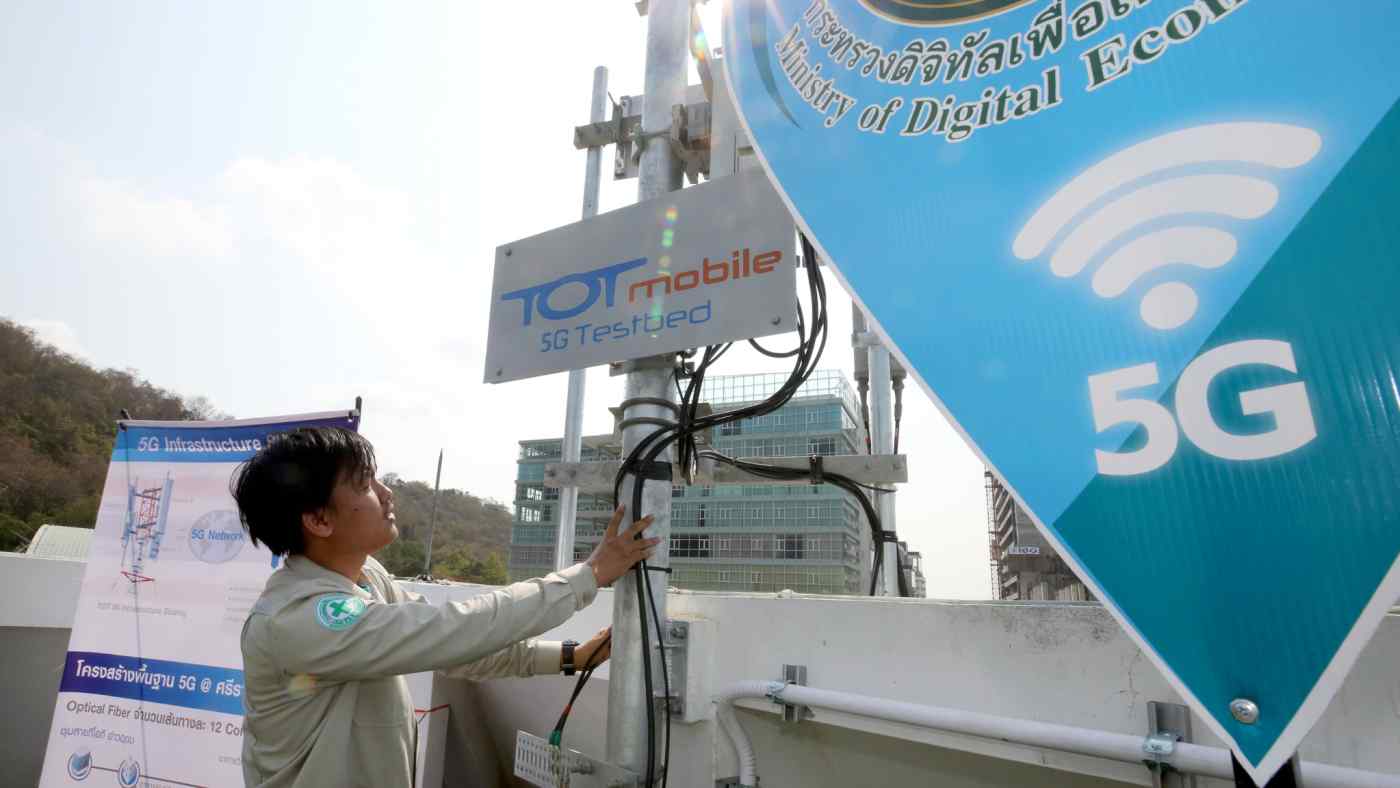 BANGKOK -- Huawei Technologies, Nokia and Ericsson are among the companies taking part as Thailand begins testing fifth-generation wireless network technology, hoping to do business in one of the first Asian countries to make the jump to 5G.

China's Huawei spent $5 million on related facilities as it tries to sustain its overseas expansion while countries around the world move to restrict its participation in local network projects.

Thailand nation aims to start commercial 5G service in 2020, leading Southeast Asia alongside Singapore. The companies hope that by winning contracts in Thailand, they can secure new opportunities in its neighbors as well.

The Sriracha campus is located in the Eastern Economic Corridor, a special economic zone designed to promote cutting-edge industries.

Thai communications companies are conducting their own trials at Chulalongkorn University in Bangkok.

5G networks will be able to transmit bigger volumes of data faster than current 4G technology, enabling the spread of advances like autonomous driving, analysts say.