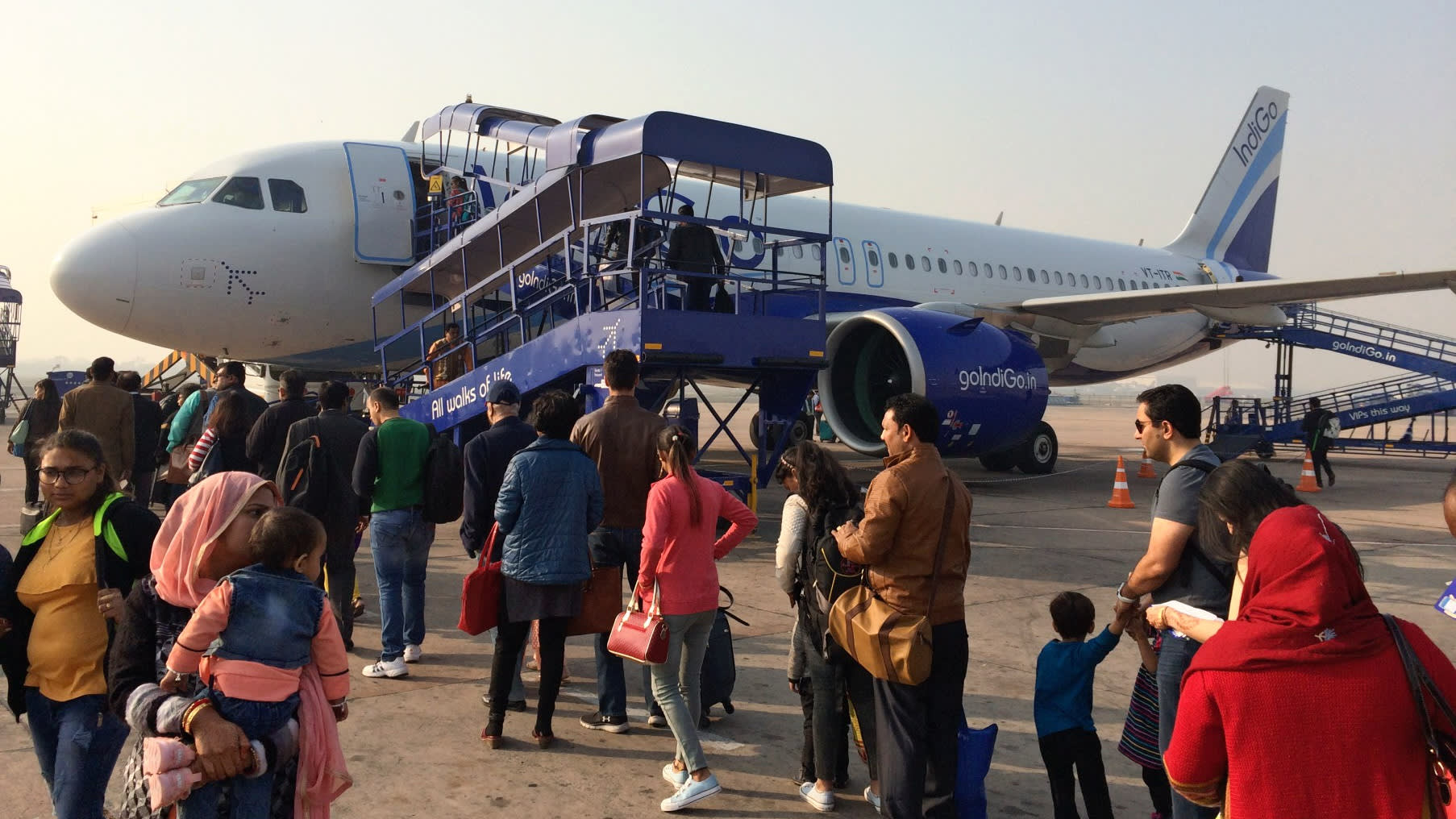 MUMBAI -- Profits at Indian air carriers are fast losing altitude despite robust demand growth as the companies battle surging fuel costs and a depreciating local currency in a crowded market.

IndiGo, the biggest private-sector carrier in India, enjoyed a strong year in the 12 months ended March 31, with after-tax parent-only profit growing 35% on the year to 22.4 billion rupees ($321 million). Praised for its on-time performance, IndiGo controls 40% of the domestic passenger market.

But it was thrown off course in the April-June quarter as profit plummeted 97% to 278 million rupees even as revenue rose 14% to 68.1 billion rupees.

The deterioration was blamed on a number of factors. "Our profits for the quarter were adversely impacted primarily by the depreciation of the Indian rupee, an increase in fuel prices, continued pressure on yields and an increase in our maintenance costs," Rahul Bhatia, interim CEO of InterGlobe Aviation, the low-cost carrier's operator, said on the earnings call.

Fuel costs surged 54% on the back of rising crude oil prices. The rupee remained weak, touching its lowest against the dollar in June and dealing a blow to carriers -- which import massive amounts of fuel and expensive aircraft. The upshot for IndiGo was a foreign exchange loss of 2.5 billion rupees.

The irony is that Indian demand for travel continues to grow, with passengers on domestic flights rising by double digits for 46 straight months since September 2014. The market reached the milestone of 100 million travelers in 2017, and shows no signs of slowing down this year.

Still, the company sees "a competitive fare environment," said IndiGo Chief Financial Officer Rohit Philip, who pointed to this as a factor driving down per-passenger revenue. Passenger yield, the ticket revenue that airlines earn by flying one passenger a kilometer, skid 5.4% to 3.62 rupees (5.18 cents). With the Indian market served by 11 carriers, it is not easy to pass rising costs on to customers. The company has no option but to offer competitive fares, Bhatia said.

IndiGo's unit revenue is far worse than the roughly 8 yen (7 cents) for low-cost carriers in Japan and leading airlines in China, highlighting the difficulty Indian companies have securing income when costs skyrocket.

The situation is far worse for second-ranked Jet Airways. It sank into the red on a net basis for the January-March quarter, posting a loss of 10.3 billion rupees, and incurred a net loss for the full year as well.

Reports that Jet Airways would not be able to operate beyond 60 days surfaced Aug. 3, and the airline scrambled to shoot those down by disclosing data to a stock exchange and emailing customers. Still, Jet Airways has put off the release of first-quarter results, due out last Thursday, without announcing a new date. Its shares have tumbled to the 200 rupee level, the lowest in a year.

SpiceJet, the No. 3 private-sector carrier, on Tuesday reported a parent-only net loss of 380 million rupees for the April-June quarter, compared with a 1.75 billion rupee profit a year earlier.

Air India, the state-run flag carrier, has been struggling for some time. The third-biggest airline in terms of domestic service, it has lost customers to budget rivals and been stuck in a high-cost model that has led to repeated full-year losses. It does not release quarterly results.

The government wanted to sell Air India, which is saddled with 500 billion rupees in debt. But an auction failed, with no bidder coming forward by the May 31 deadline. Some of the leading players in the private sector had been seen as possible suitors, but now they are fighting to stay aloft themselves.