Industry impatient with lack of guidelines from Narendra Modi's government 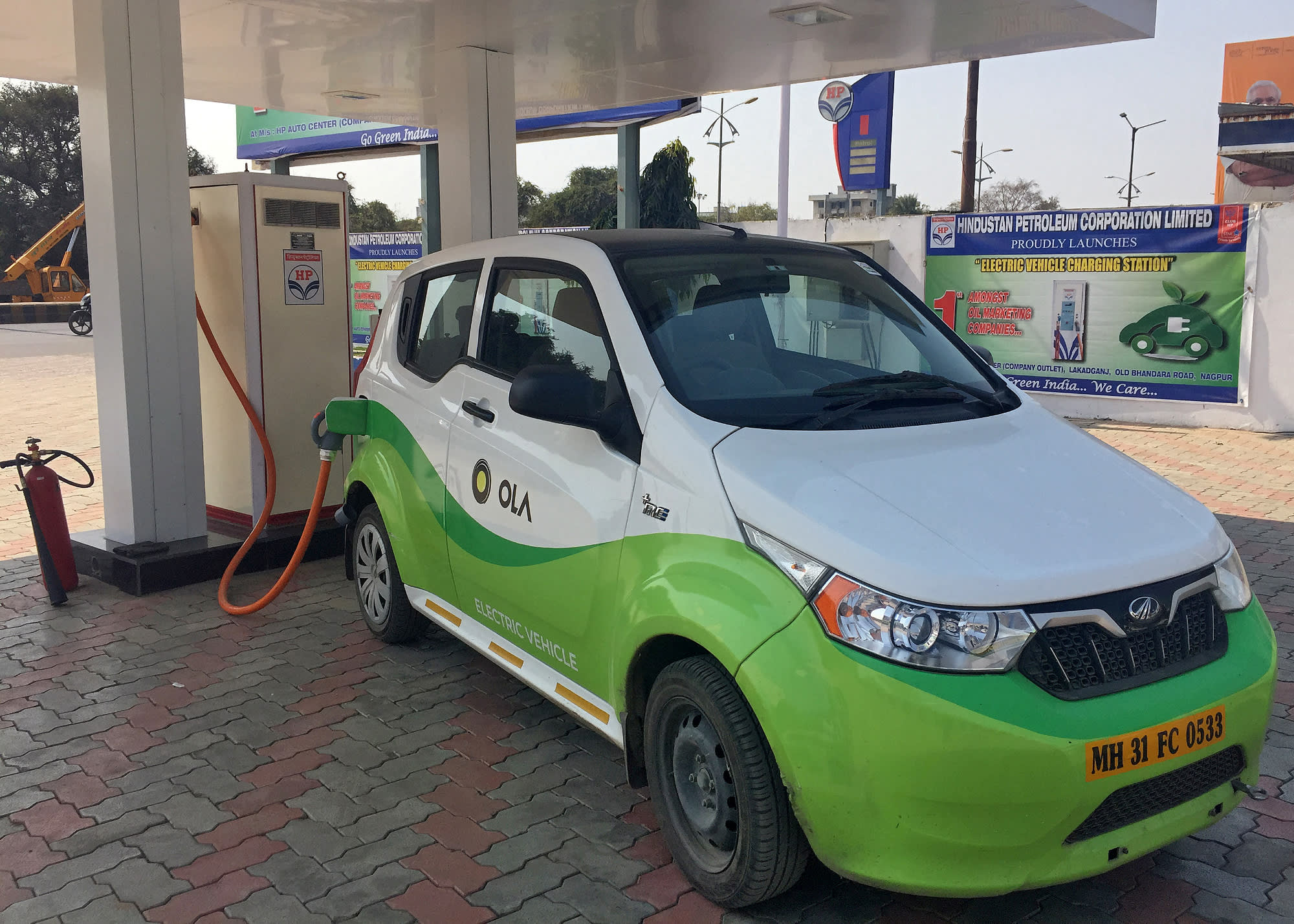 NEW DELHI -- India's much-publicized summit on the future of mobility turned out to be a pep rally, one that offered no clear indication as to when the country will announce policies that would put it on the road to electrifying at least 30% of vehicles by 2030.

As it stands now, that figure is merely aspirational.

Prime Minister Narendra Modi, who on Sept. 7 opened the two-day Global Mobility Summit, the first event of its kind in India, promised to soon put in place a stable policy regime around electric and other alternative-power vehicles. With industry leaders in attendance, he also asked for investment across the EV value chain, from batteries to charging infrastructure.

Switching to clean fuel is becoming imperative in India, which needs to clean up its alarming pollution levels and cut its oil import bills. The country has 14 of the world's 20 most polluted cities and imports 80% of its oil requirements.

"Clean mobility powered by clean energy is our most powerful weapon in our fight against climate change," Modi said in his address to the summit. "Common public transport must be the cornerstone of our mobility initiatives. ... Our focus must also go beyond cars, to other vehicles such as scooters [two-wheelers] and rickshaws [three-wheelers]."

The average Indian earns less than $2,000 a year, and about 76% of all vehicles are two-wheelers, which guzzle 60% of the petrol burned in the country and cough up 30% of the total pollution.

However, the government has flip-flopped on its EV mission, sowing doubt. In March, Power Minister R. K. Singh said the government was aiming to ensure that at least 30% of the country's vehicles run on electricity by 2030, a significant dilution of the earlier-stated goal of an all-EV fleet by that year.

Though the newly set goal looks realistic, the lack of a comprehensive EV policy has left the industry disappointed. A day before the mobility summit kicked off, the Society of Indian Automobile Manufacturers sought a long-term policy for electric vehicles, saying clearly defined objectives would help the industry gain investment money.

When the government pushed for a 100% electric fleet by 2030, SIAM recommended a 40% target instead. It also suggested that 2047, the centennial of India's independence from British rule, would make for a better target year.

Ahead of the summit, the industry was hopeful Modi would at least announce the launch of the second phase of the government's Faster Adoption and Manufacturing of Electric and Hybrid Vehicles plan. Abbreviated as FAME, the program offers incentives to move India toward the mass adoption of electric vehicles. Indian Prime Minister Narendra Modi dashed the hopes of the fledgling electric vehicle industry on Sept. 7 as he showed up at the Global Mobility Summit in New Delhi with no clear policies or incentives.    © Reuters

FAME's first phase launched in April 2015, initially for two years, but was then extended till the end of this month. The focus has been on technology development, demand creation, pilot projects and charging infrastructure.

Pawan Goenka, managing director of Mahindra & Mahindra, said that with no clarity on the policy front, anxiety is building in the industry. Also, without FAME subsidies, which expire weeks from now, it will be difficult for the industry to bear the costs of transitioning to an electric vehicle future.

"The problem is not knowing what the [next] FAME policy will be" or when it will be implemented, he said.

Currently, EV makers import lithium-ion batteries, which significantly adds to production costs. However, the cost of electric battery cells is expected to drop by 25%, to $80 per kilowatt hour, by 2020 and to $70 per/kWh by 2025.

Until then, the industry wants as much government support as possible.

A top executive of an auto component maker who did not want to be identified said he had high hopes that some policy direction would emerge at the summit. "Speeches were repetitive, and no big announcements were made," he said. "We had big expectations."

Some global automakers outlined their EV plans for India at the summit. Among them was Osamu Suzuki, chairman of Suzuki Motor Corp., which majority owns India's largest passenger carmaker, Maruti Suzuki India. He said Maruti Suzuki has decided to launch an electric vehicle in India in 2020 in cooperation with Toyota Motor Corp.

"We will start [road tests] using [a] fleet of 50 EV prototypes in India next month," Suzuki said, adding the tests will help Maruti Suzuki develop safe electric vehicles that are easy to use and designed with the country's climatic conditions and traffic realities in mind.

Along with electric vehicles, Suzuki championed hybrids as well as cars that run on compressed natural gas to help mitigate environmental degradation. "We seek the support of [the Indian] government in terms of policy formulation," he said.