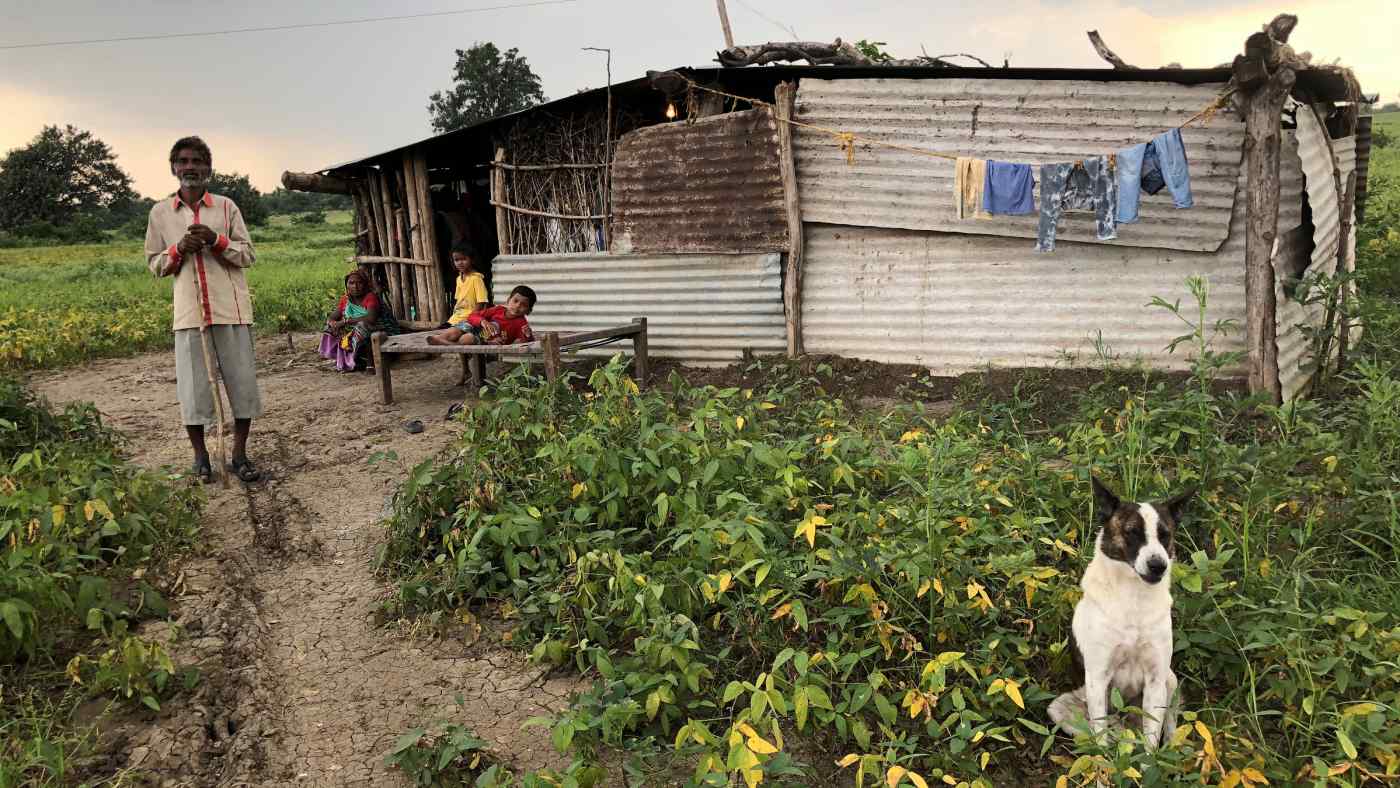 A farmer stands outside his house with his family in the central Indian state of Madhya Pradesh. More than 200 million Indians work in agriculture.   © Reuters
MOYURU BABA, Nikkei staff writerJune 3, 2020 05:31 JST | India
CopyCopied

TOKYO -- India's nascent market for organic vegetables stands to grow as the government combats the coronavirus, and sisters from Japan are among those looking to cultivate the field.

"We hope to create a new system for supplying organic vegetables and nutritious farm produce," Finance Minister Nirmala Sitharaman said last month when she unveiled an economic package including 100 billion rupees ($1.33 billion) in financing for food and agricultural startups.

More than 200 million Indians -- about half of the country's workforce -- are employed in agriculture, many on small farms. But only about 830,000 farmers are engaged in organic agriculture -- which limits the use of pesticides and chemical fertilizers -- an industry group says. Estimates peg the value of India's organic vegetables market at 40 billion rupees a year.

Until now, India has not focused on food safety, in part due to the many people without enough to eat. But the coronavirus lockdown prompted New Delhi to get serious about organic produce and potentially bolster the nation's largest sector.

A pair of Japanese entrepreneurs are pioneers in this field. "Demand for deliveries grew sharply after the lockdown in cities was imposed," said Asuka Hatta, co-founder of Hasora, which sells and delivers organic produce in Gurugram on the outskirts of New Delhi.

When the lockdowns began in late March, panicked shoppers could be seen waiting for an hour or two to buy food at stores. Hasora, which receives more than 30 delivery requests on some days, has been bringing vegetables to customers while dealing with a staffing shortage and transport challenges.

Hasora offers packages of various vegetables for single people and households, priced at 1,000 rupees to 3,000 rupees. Since the company was established by Asuka Hatta and twin sister Mai Hatta four years ago, it has worked to increase transactions with organic farmers.

Typically, Indian farmers simply ship their produce to market via distributors. But organic farming requires soil improvement and other steps that demand a stronger relationship. Hasora is considering the introduction of a traceability framework to enhance food safety.

"The market can be expected to grow 10%-15% a year once we are able to provide the service at the appropriate price," founder Udayan Arya said.