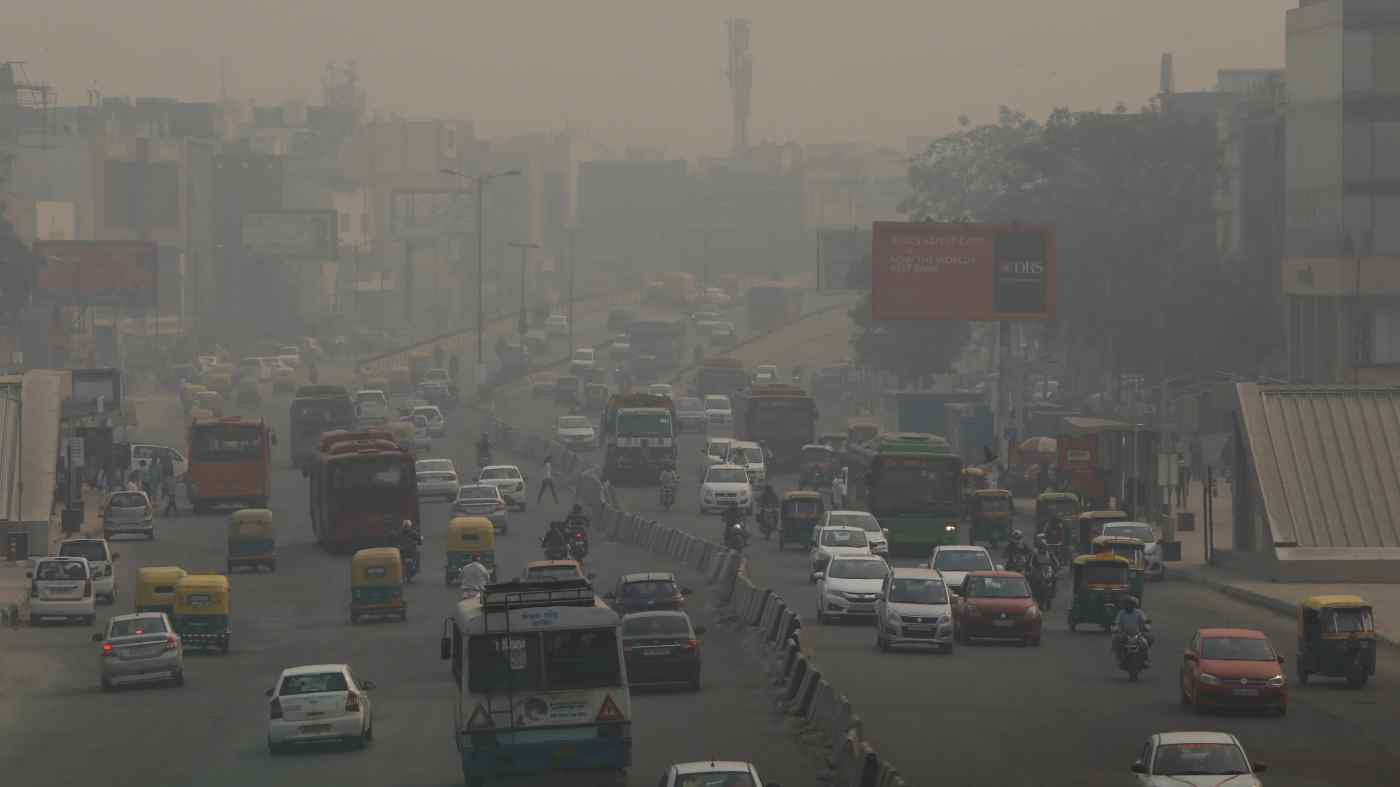 NEW DELHI -- In India, the world's largest market for motorcycles and scooters, Prime Minister Narendra Modi's government is calling for most new bikes to be electric by 2025, to the chagrin of manufacturers.

As the government considers full electrification of motorcycles with engines smaller than 150 cc to curb pollution, top manufacturers and industry groups have objected, calling the deadline unrealistic and arguing that the industry, and millions who depend on it, will be hurt.

Roughly three years ago, the government announced an ambitious plan to have an all-electric vehicle fleet, including cars, by 2030 to cut India's pollution and burgeoning fuel import bill. Last year, however, it scaled back to a more realistic target of 30% after facing opposition from car and motorcycle makers. Now the government and bike manufacturers are at odds over the proposed electrification of motorcycles.

The proposed rules would require 18 million bikes out of the 21 million sold annually in Asia's third-largest economy to be electric. Some manufacturers would face big hurdles meeting that target while others, such as makers of batteries and electric motors, would see new opportunities.

TechSci Research predicts India's electric two-wheeler market will reach $200 million by 2023, up from $27 million in 2017. That number could be much bigger if the government's proposal comes to fruition.

The industry is making its objections known. "2025 is too early to switch over 100%," Minoru Kato, president & CEO of Honda Motorcycle & Scooter India, told reporters in Gurugram, southwest of New Delhi, on June 12. He added that his company, a wholly owned unit of Japan's Honda Motor and the second-largest maker of two-wheelers in India, had "no concrete plans yet" for electric bikes.

Pawan Munjal, chairman of Hero MotoCorp., India's top seller of bikes, said in a statement that while his company supported the government's vision of a more sustainable and environmentally friendly future, the move toward EVs would be very tricky "because it impacts an industry that is a significant contributor to the country's GDP and is a large job creator."

"We propose a more cautious, clear and realistic road map toward the adoption of EVs. The scale and timing of the adoption need prudent deliberations, and we will gladly support all stakeholders in this process," Munjal said. Other manufacturers, such as Bajaj Auto and TVS Motor, have also called the plan unrealistic.

The government's draft proposal would ban three-wheelers with internal combustion engines by 2023 and gasoline-powered two-wheelers with engine displacements of less than 150 cc -- over 85% of the total sold -- by 2025. The goal is to cut India's dangerously high air pollution, ensure fuel security and turn the country into an EV manufacturing hub.

In April, the government announced a three-year, 100 billion rupee ($1.4 billion) plan that offers incentives for the purchase of EVs and seeks to establish a network of charging stations.

"The government is supporting electrification. Our view is the future is electric," said Amitabh Kant, chief executive of Niti Aayog, the government think tank that came up with the proposal, speaking to CNBC-TV18 earlier in June. "We should be able to clean up our cities. We have some of the most polluted cities" in the world, he said.

As India moves toward electrifying its vehicles, it should ensure that all EV manufacturing is also done in the country, Kant said, pointing out that batteries make up about 50% of the total cost of components for an EV. "Therefore, essentially, batteries' value addition must be done here," Kant said.

India is home to 22 out of the 30 most polluted cities globally, according to the "2018 World Air Quality Report" published in March by IQAir AirVisual and Greenpeace.

The draft policy also comes as the country prepares to implement stricter emission standards called BS-VI -- similar to the European Union's Euro VI rules -- in April 2020. These will replace the current BS-IV regulations that came into force in 2017.

Rajan Wadhera, president of the Society of Indian Automobile Manufacturers, pointed out that the industry faces multiple challenges in skipping to the BS-VI emissions standards, safety rules and the like.This involves "huge investments of the order of 700 billion to 800 billion rupees," Wadhera said, adding that banning internal-combustion vehicles before the cost of such investments has been recovered was "impractical as well as untimely."

Despite the objections, some analysts argue the industry must swiftly move toward emissions-free electric vehicles. "This is very disruptive, [but] at the same time we have to realize that the world is moving toward [electric vehicles]," said Deepesh Rathore, director of Emerging Markets Automotive Advisors, an auto consultancy.

Rathore pointed to Scandinavian countries' efforts to move toward a zero-emission fleet by 2025, and similar goals in big European cities and the U.S. state of California. "The problem with the industry here is that it has not taken things seriously till now, so there has not been any innovation or localization," he said.