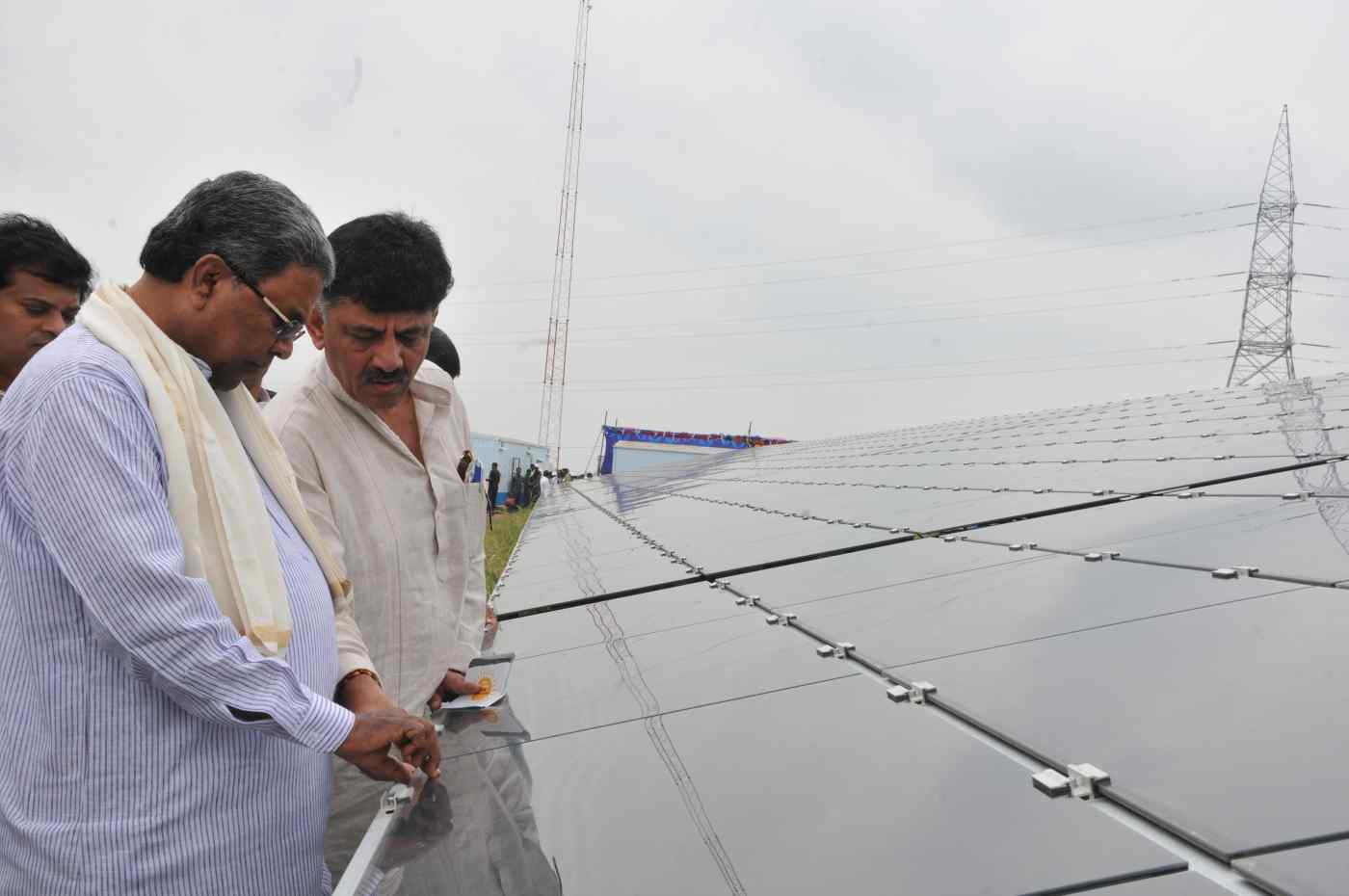 BANGALORE -- In May 2017, Acme Solar, an Indian power generator, won a contract to build a 200-megawatt solar power station in the desert state of Rajasthan with the lowest bid the market had ever seen -- a sign of growing demand for solar electricity. Just a year later, the viability of the industry is in question amid an escalating row about the impending imposition of penalty tariffs on imports of cheap solar panels from China.

India buys about 88% of its solar photovoltaic equipment from China, the world's biggest exporter. The low cost of Chinese panels and parts suits power generators such as Acme, which need cheap components to keep electricity prices down. But Indian solar equipment manufacturers claim that China is damaging India's domestic manufacturing sector by "dumping" products at prices lower than in its home market.

Government plans for a 70% "safeguard" tariff on imports of solar panels and parts from China and Malaysia, another low-cost exporter, are expected to be implemented shortly following the failure of an attempt by Shapoorji Pallonji Group, a conglomerate with power generation interests, to persuade the Indian courts to block the plan.

Safeguard measures are allowed under World Trade Organization rules where "emergency" action is needed to prevent "serious injury" to an importing country's domestic industry, usually from a surge of cheap imports. The measures must be progressively eased after a year, and withdrawn after a maximum of four years, although they can be renewed.

Vineet Mittal, president of the Solar Power Developers Association, which represents the generators, said the planned tariffs would raise the cost of solar panels and modules by at least 150%. Chinese-made modules allow generators to price electricity at a third of the price required using Indian equipment, he said. However, the Indian Solar Manufacturing Association, which represents makers of panels and parts such as Mundra Solar PV, Jupiter Solar Power, Helios Photovoltaic, IndoSolar and Websol Energy System, is pressing the government to classify China's exports as "dumping." That would allow the government to impose countervailing duties for up to five years to equalize prices in China and India.

The manufacturing association claims that China is accelerating exports to India, following the imposition of protective tariffs in the U.S. and Europe. The Indian market is highly attractive to China because it is large and growing fast. Before the tariff row the Ministry of New and Renewable Energy had projected annual growth of 8-10 gigawatts in solar power generation.

The government has scheduled hearings that will allow developers, manufacturers and various ministries to put forward their views on the proposed safeguard measures. The consultations could take up to nine months, but Dhruv Sharma, a member of ISMA's governing council and managing director of Jupiter Solar Power, said the formal process should end by June.

Kanika Chawla, a policy specialist at the Council on Energy, Environment and Water, a New Delhi-based not-for-profit policy research institution, said safeguard tariffs would likely lead power developers to postpone imports in the short run, delaying projects. Chawla said the government must decide if it wants to "make cheap energy in India with imported panels or make solar panels in India."

However, R. Chellappan, managing director of Swelect Energy Systems, a power developer, said rising demand for electricity could lead solar manufacturers to establish fresh plants in India if imports were curtailed, although there would likely be an initial slowdown.

Such an outcome would suit the government of Prime Minister Narendra Modi, which has made much of plans to boost Indian manufacturing and faces a national election in 2019. However, the uncertainty over equipment prices appears to have dampened interest in power generation projects.

Only 4.5 GW of new capacity was auctioned and awarded in 2017, compared with 7.3 GW in 2016, according to the most recent report by ICRA, a ratings agency. The agency forecast that the rate of additions to solar generating capacity will decline by 40% by 2019 compared with 2017.

Sharma also said he was confident that domestic solar manufacturing could fill the gap in supplies once duties are imposed. But ISMA estimates suggest that capacity will increase at least fourfold over the two years following the imposition of safeguard tariffs.

Sharma said this was possible because many existing manufacturers were not yet operating at full capacity and could scale up operations in the short term. "Once we have the demand visibility for the next few years, we can double and triple our current capacity," he said.

More importantly, he said, tariffs would encourage investors, including Chinese manufacturers, to set up facilities in India, as they have in countries such as Malaysia, Thailand and Taiwan, where output is largely destined for the U.S.

Sharma also said that the scope of Indian solar equipment manufacturing would probably be extended from the production of cells and modules to capital-intensive upstream processes like the production of polysilicon -- a pure form of silicon -- and the thin silicon wafers that form the basis of solar cells.

"Large manufacturing capacity coupled with a captive market will automatically increase investment in upstream activities like the manufacture of polysilicon and wafers," he said.

However, Chawla warned that the high cost of capital, coupled with an incomplete domestic supply chain, would make investors apprehensive about India's relatively small solar manufacturing industry, which has yet to generate economies of scale.

"Chinese [solar photovoltaic imports] are cheap for several reasons, primarily because of government support, which means they don't have to raise capital from the market. If India is not committed to doing the same and doesn't have the same deep pockets for its manufacturers these tariffs are going to come at the cost of more expensive solar power," she said.