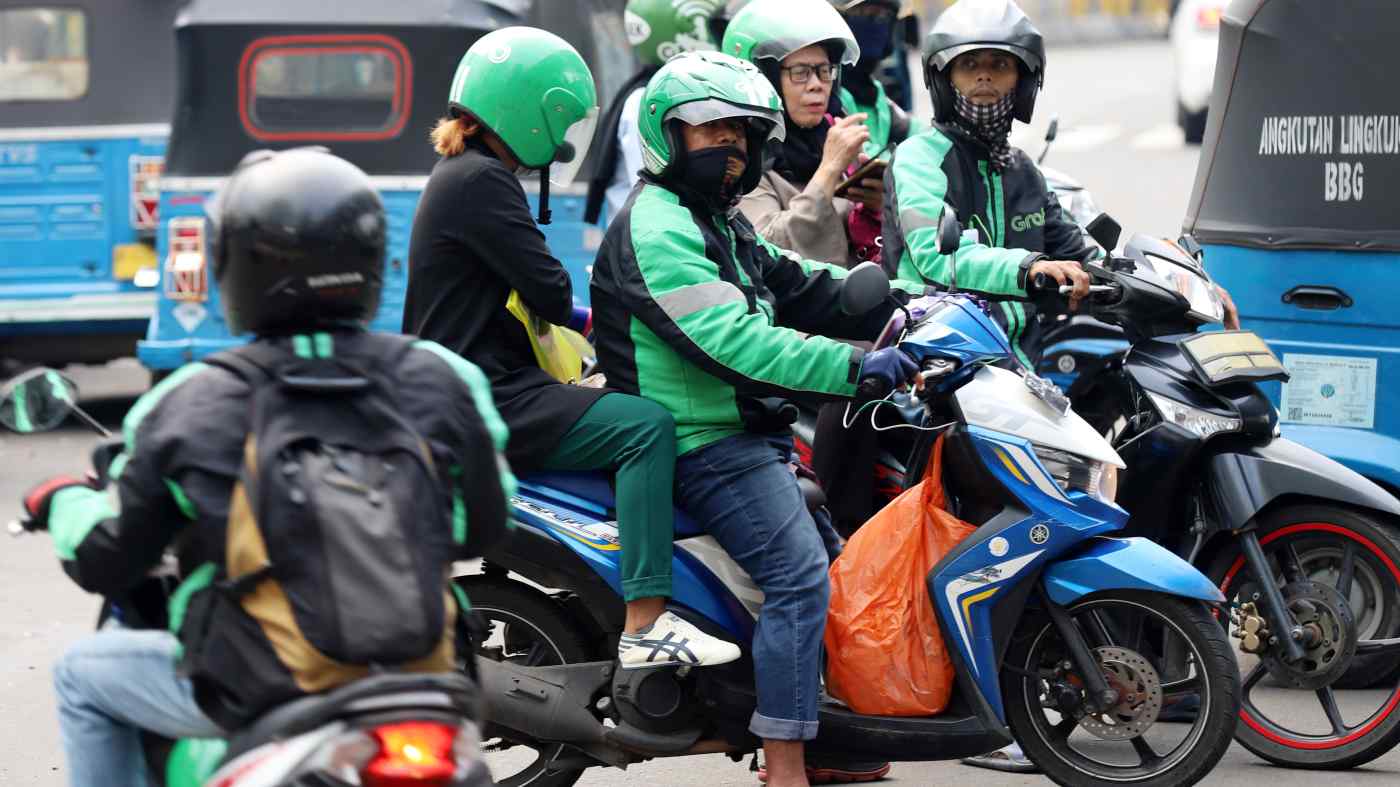 JAKARTA -- The notion that as income levels rise, transportation in Southeast Asian countries inevitably shifts from two wheels to four seems to be hitting a roadblock in Indonesia.

Motorbikes are experiencing a mini-renaissance in the archipelago nation, as it embraces better public transportation infrastructure and the proliferation of ride-hailing services.

That the project has the full backing of the Ministry of Research, Technology and Higher Education, as well as several state-owned companies involved in the production, shows the importance that Jakarta is putting on the e-scooter, and its belief that two-wheelers will still remain attractive to ordinary Indonesians.

Domestic distribution of two-wheel vehicles rose 8.4% on the year to 6.3 million units in 2018 according to the Indonesian Motorcycles Industry Association, finally reversing three years of decline. That positive trend has continued into this year, with distribution rising 19.3% in the first two months of 2019 compared with the same period last year.

While the auto market also grew steadily in 2018 -- wholesales rose 6.8% on the year to 1.1 million vehicles, increasing for the third straight year -- it has slumped since January. Just under 254,000 autos were sold in the first three months of this year, down 13% from a year earlier. Higher interest rates for auto loans likely contributed to the decline as the Indonesian central bank raised its benchmark interest rate by 1.75 percentage points in 2018. Several automaker executives attending the motor show blamed the slump on consumers holding off on purchases ahead of the April presidential election. One executive said that prospective new-car buyers, especially higher-income earners, were wary of potential social unrest after the elections.

With the election over, the overwhelming message from auto executives was that they expect sales to pick up.

Prijono Sugiarto, president of Astra International, a local conglomerate controlling the majority of Indonesia's car market, said the potential of the country's auto market "is huge" as there are only "87 cars [owned] per 1,000 people, lower than China's 125 to 150, and developed countries' 600 to 700." But several years ago, assumption by some in the industry was that auto sales would reach 2 million vehicles by 2020. The slower-than-expected growth rate shows that the shift to cars from motorbikes has not yet materialized in Indonesia.

The slow shift is partly because "culturally, so many houses rarely own a parking space [for cars]," said Deddy Herlambang of the Indonesian Transportation Society, a think tank. "So owning a motorcycle is more practical." Owning cars is also still a urban-phenomenon. While GDP per capital in Jakarta is over $15,000, above the global average of around $11,000, the nationwide level is still under $4,000. Even families who can afford cars often have several motorbikes, as each family member needs his or her own transportation.

But the increase in demand for two wheels may also stem from the change in Indonesia's transportation and logistics scene, especially with the proliferation of ride-hailing services like Go-Jek and Grab across the country's 17,000 islands. Under President Joko Widodo, Indonesia has undergone a massive infrastructure push, and along with it, the introduction of new public transportation such as MRT Jakarta, the country's first subway. "Ride hailing... offers ideal transport for short distances," said Herlambang. "It's already seen in the rise of motorcycle ride-hailing as feeder transport to public transportation like MRT." 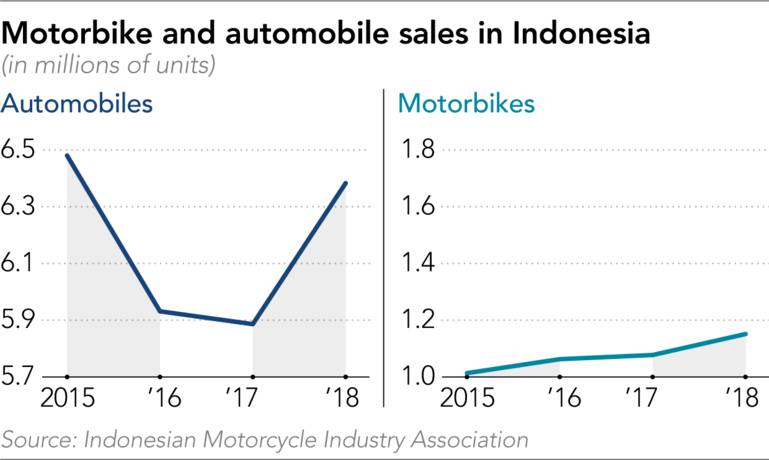 The so-called last-mile needs -- using two-wheel ride hailing to get to stations as well as from stations to final destinations -- is also happening in Indonesia's burgeoning e-commerce scene. "The other major technology disruption driving business-use cases for motorcycles is e-commerce," said a 2018 report from consultancy Roland Berger. "The last mile delivery architecture for these services is dominated by motorcycle delivery boys -- narrow streets and never-ending traffic jams make motorcycles ideal for e-commerce companies to reach the final consumer."

The consultancy noted that due to heavy usage, "business-use bikes will be replaced much more frequently than private bikes" and that "business-use motorcycle purchases will account for 16% of new purchases by 2024 with annual sales of over 1 million units in Indonesia alone."

An executive at a motorbike manufacturer did not see ride-hailers having a significant effect on overall motorbike sales yet, but admitted that it, along with better infrastructure, may cause a structural shift in the market.