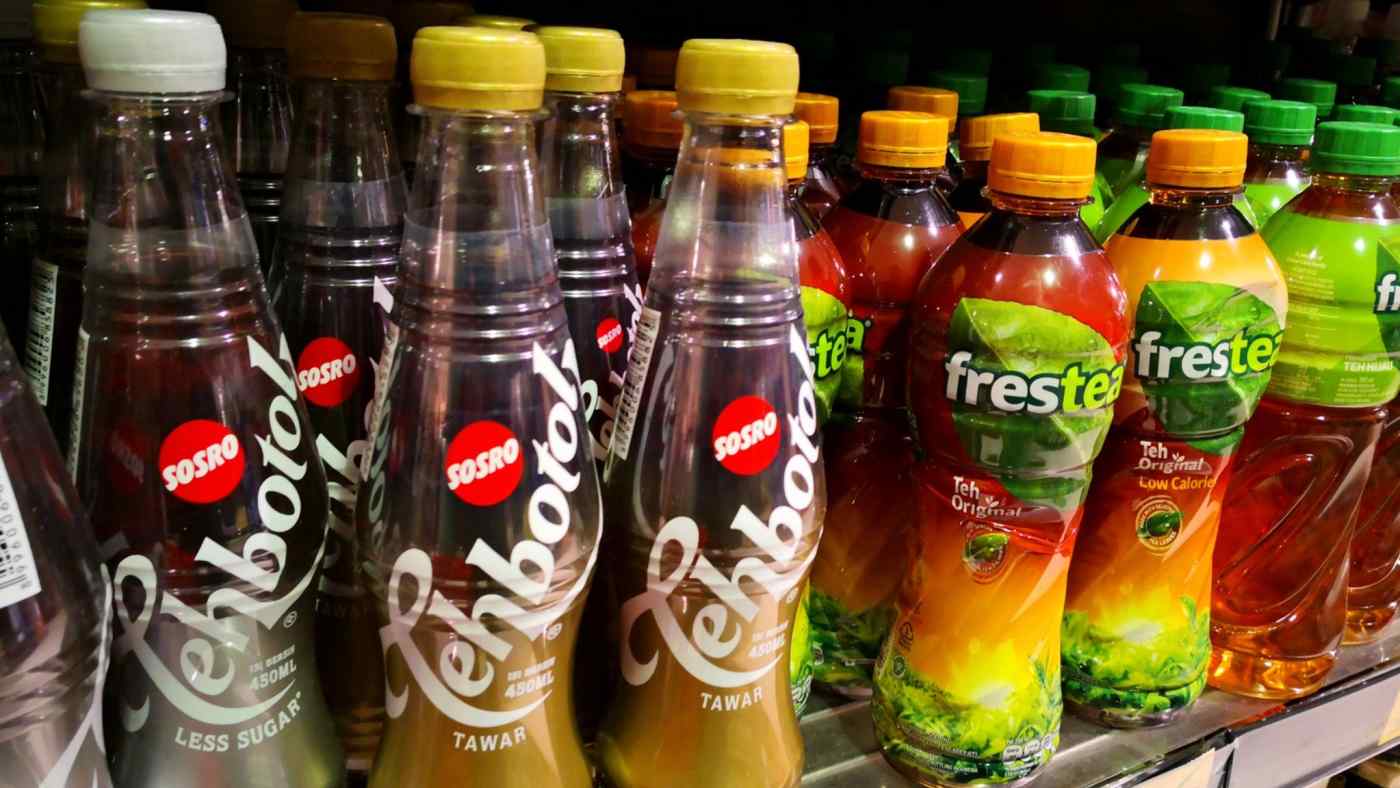 JAKARTA -- If one orders tea at a restaurant in Southeast Asia, what usually arrives is sticky sweet. But sugarless teas are catching on around the region, and Indonesia is no exception.

At a restaurant in southern Jakarta, four businesswomen all place the same order: "Sugar-free iced tea, please." Sales of the drink have been rising, the restaurant says.

As consumer habits change, the association between tropical climes and sweet tea appears to be fading. Since the 1970s, the quintessential Indonesian soft drink has been a sweet tea called Tehbotol ("bottled tea"), a sugary jasmine tea sold across the country. Last September, manufacturer Sinar Sosro finally released a sugarless version: Tehbotol Tawar, or "plain tea."

Unsweetened teas are appearing on supermarket shelves. Japan's Ito En has a green tea called Oi Ocha that has gained a following in Indonesia, and competitors like Ichitan Group of Thailand are rolling out sugar-free products.

Behind the rise of these drinks is growing concern over lifestyle diseases -- a side effect of the richer diets Indonesians are enjoying as they grow wealthier. According to the World Health Organization, 7.0% of Indonesians have diabetes; 5.7% struggle with obesity; while 24.4% are overweight.

Indonesian authorities, worried about rising health care costs, are trying to promote healthier lifestyles. They are warning of the dangers of excessive sugar consumption and promoting exercise. President Joko Widodo, who took office in 2014, has launched a national health insurance scheme as part of his government's battle against lifestyle diseases, such as obesity and hypertension.

These efforts are having an effect, with city dwellers responding best to the health drive. The Jakarta Marathon, for example, is drawing interest, and more people are cycling for recreation. People are becoming more conscious of their diets.

Tea makers are taking advantage of the health and fitness drive to launch new products. Sinar Sosro says although sweetened drinks are still mainstream, it is looking for new markets, amid fierce competition from domestic and international rivals.

In addition to unsweetened drinks, low-sugar products are appearing in Indonesia to appeal to a range of consumer preferences. Sugar-free sodas are also becoming more common.

Across Asia, concerns about lifestyle diseases have led to sugar taxes and soda taxes in India, Thailand and the Philippines. Other governments in the region are considering similar steps.

The sugarless drink market holds promise, but beverage makers have little choice: They must adapt to changing consumer tastes or suffer a bitter setback in the market.