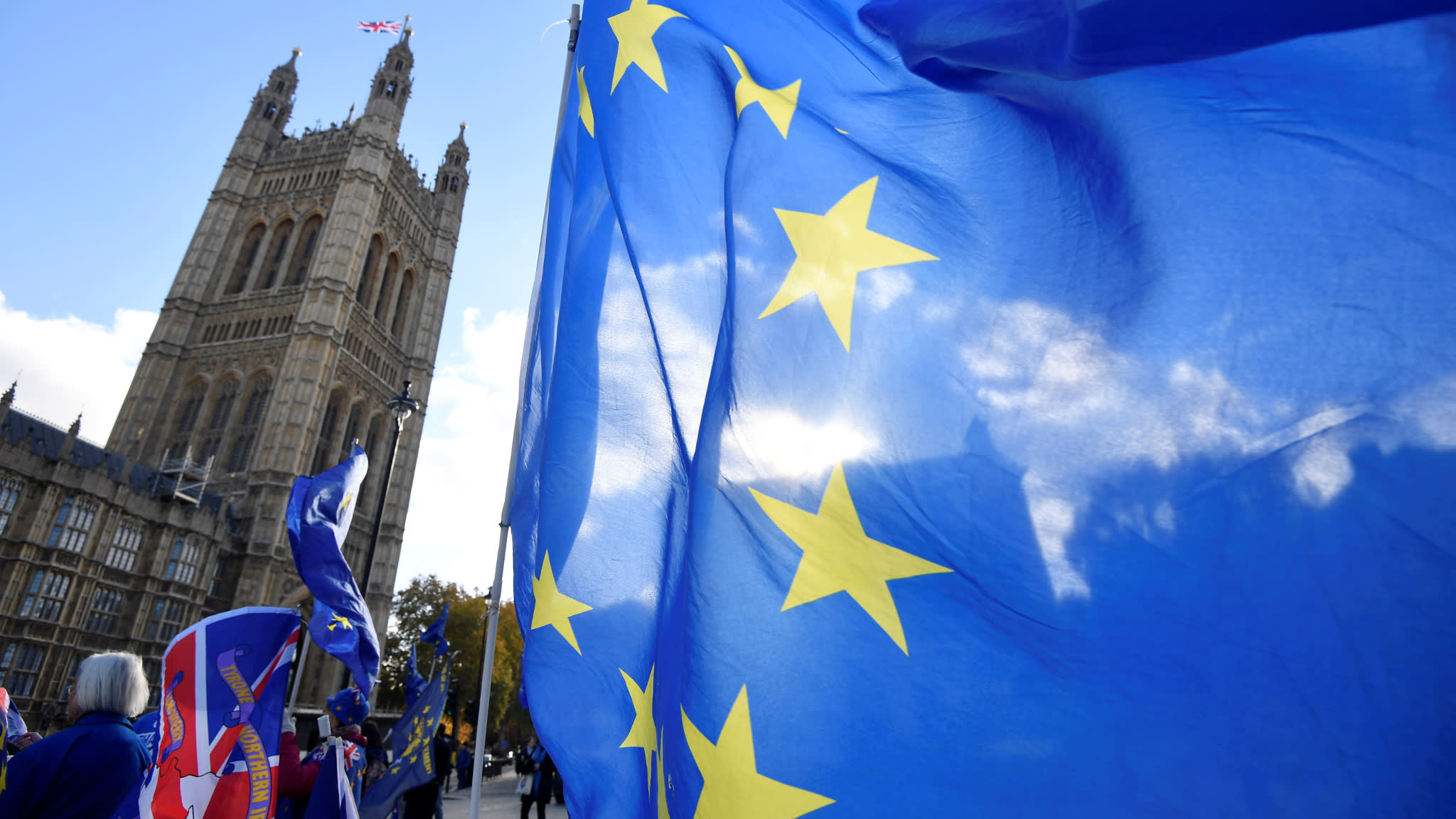 Anti-Brexit demonstrators wave flags outside the Houses of Parliament in London on Nov. 13.   © Reuters

LONDON -- Japanese companies operating in the U.K. remain worried and pessimistic about the country's impending exit from the European Union, a Nikkei survey found, and some of the businesses intend to shift investment toward the continent.

None of the respondents expect Brexit to benefit their European operations, while 55% said the split will have a negative impact. Their top concerns include uncertainty over the U.K. economy, exchange rate fluctuations for the pound and the process of adapting to new laws and regulations.

"We have bases in both the U.K. and EU and will not face significant impact, but there are costs associated with dealing with long negotiations and uncertainty," one electric company said.

With Britain's withdrawal just four months away, London and Brussels have only recently reached even a draft agreement on terms, one that the U.K. parliament threatens to reject despite the cabinet's backing of the deal.

The Japanese companies showed little confidence in the Brexit process, with 87% of respondents saying they were concerned about the likelihood of a "no-deal Brexit" -- in which Britain departs from the EU without any divorce deal.

Japanese businesses have invested heavily in Britain since the 1980s, when the country was pitched as a doorway into Europe. The Asian country ranks second among non-European nations for investment into the U.K., trailing only the U.S., according to the Japanese Embassy here.

Japanese companies support 160,000 jobs in the U.K., the embassy says. Japanese automakers build nearly half of the cars manufactured in Britain, the majority of which are exported.

But in an ominous hint for inbound British investment, 13% of the survey respondents said their U.K. business will shrink while their EU operations grow in relative terms after the country leaves the European Union.

"The position of the U.K. will change depending on the economic, industrial and trade policy it pursues and the impact that has on U.K. economic growth," one trading company said.

Many of the companies already have made preparations for Brexit, while more have plans in the pipeline. The survey shows 10% have created or expanded a base elsewhere in the EU, while another 16% are planning to or considering doing so. More than one-third are reviewing or considering a review of their supply chain.

The companies want the Brexit negotiations to produce at least a transition period. Free trade between the U.K. and EU afterward was cited as desirable, with one respondent calling for a free trade agreement involving Asia.

Anxiety runs high despite London's efforts to reassure the business community. British Prime Minister Theresa May hosted a roundtable earlier this year with top Japanese investors in the U.K., and high-level visits to Tokyo by British cabinet ministers have been noticeable this year.

The Nikkei survey was sent to 75 major Japanese companies with offices or manufacturing bases in the U.K., with 31 businesses responding. Responses were collected between Nov. 13 and Thursday, with most received after Britain's cabinet supported the draft agreement.