In signs of a shift, experienced workers account for 28% of planned hires 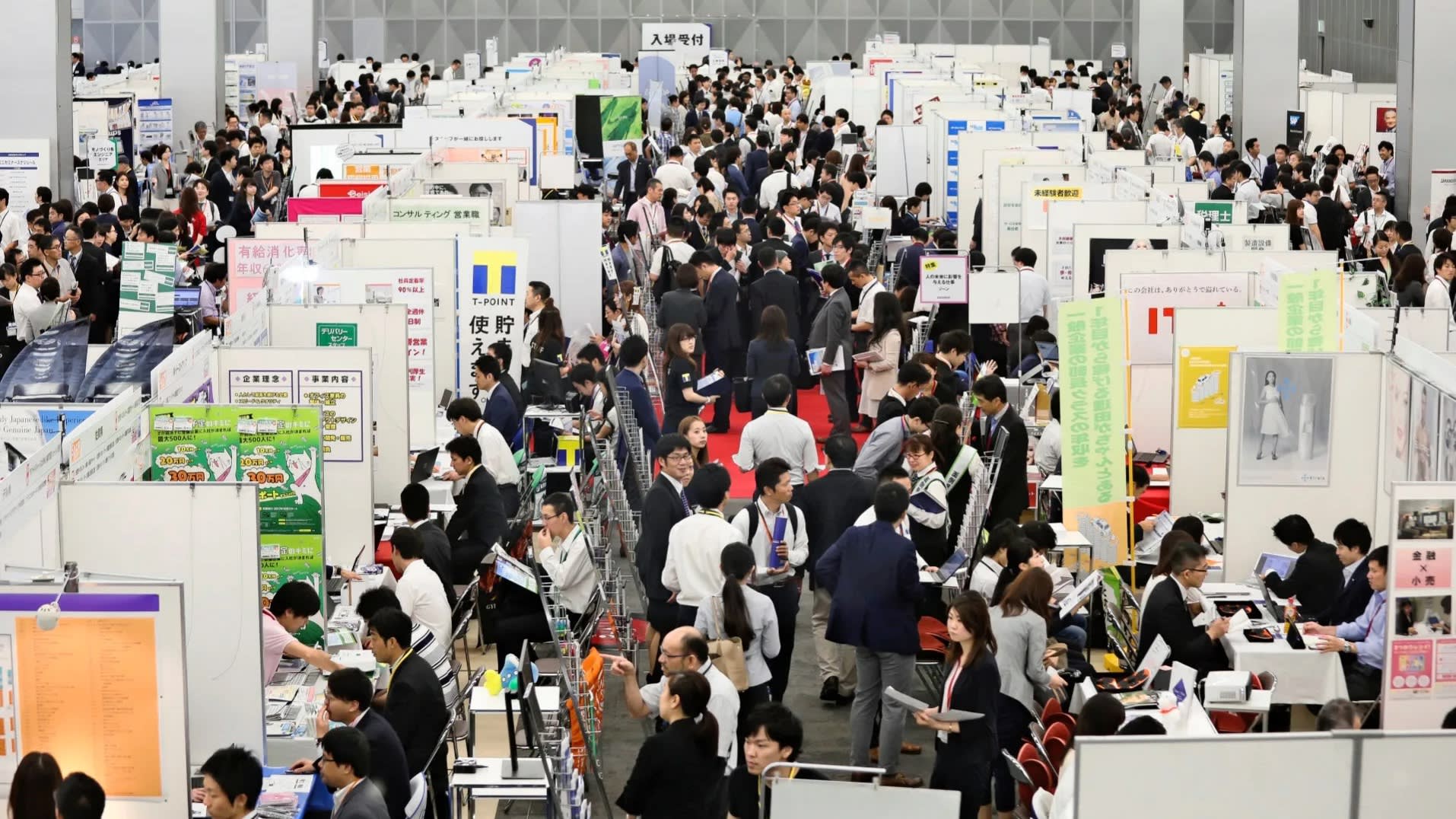 TOKYO -- Experienced workers account for nearly 30% of all planned recruitment by major companies this fiscal year, according to a Nikkei survey, as corporate Japan continues a gradual shift away from its traditional preference for fresh graduates.

Companies expect to bring on 66,763 midcareer workers, up 12.7% from the fiscal 2018 projection, results released Saturday show. This represents 28.3% of all planned hiring, an increase of 7.5 percentage points. The share has risen for 10 straight years, roughly tripling over that period.

Recruiting students who graduate in spring 2020 is set to rise 7.2% to 168,756, with college graduates making up about three-quarters of the total.

While changing jobs is commonplace in other countries, Japan's labor market has for decades been built around the concept of lifetime employment at a single company, starting with simultaneous recruiting of new college graduates in the spring.

But the country's labor shortage, along with a growing need for workers with technical skills who can start immediately without having to acclimate to the workforce, has spurred many companies to seek experienced talent. While hiring right out of school remains the norm, the powerful Japan Business Federation Lobby, also known as Keidanren, plans to scrap guidelines that encourage companies to follow the traditional recruiting schedule.

Demand for midcareer workers is especially strong in the manufacturing sector, with a 14.9% jump in planned hiring, compared with a 10.5% rise among nonmanufacturers. The electrical machinery industry saw a 32.9% surge.

Among individual companies, staffing provider UT Group reported the largest jump in expected midcareer hiring -- a 4,209-person rise to about 13,000 -- as it looks to meet client demand for science-related roles such as construction engineers and system engineers. Peer Yume Technology plans to bring on 1,900 experienced workers, up by 450 from fiscal 2018, in anticipation of requests from the auto industry.

Electronics maker NEC intends to triple midcareer recruitment to 300 people. It seeks talent with experience in such fields as cybersecurity and the "internet of things," as well as personnel to develop new businesses as the company pursues cross-industry partnerships and public-private tie-ups.

Nomura Securities, meanwhile, expects to recruit about 500 fresh graduates, roughly 17% less than it planned last fiscal year. "We've reduced hiring of new graduates, but with midcareer hiring, we've stayed between 500 and 600 people in total [annually] for the last 10 years," a representative of the brokerage said.