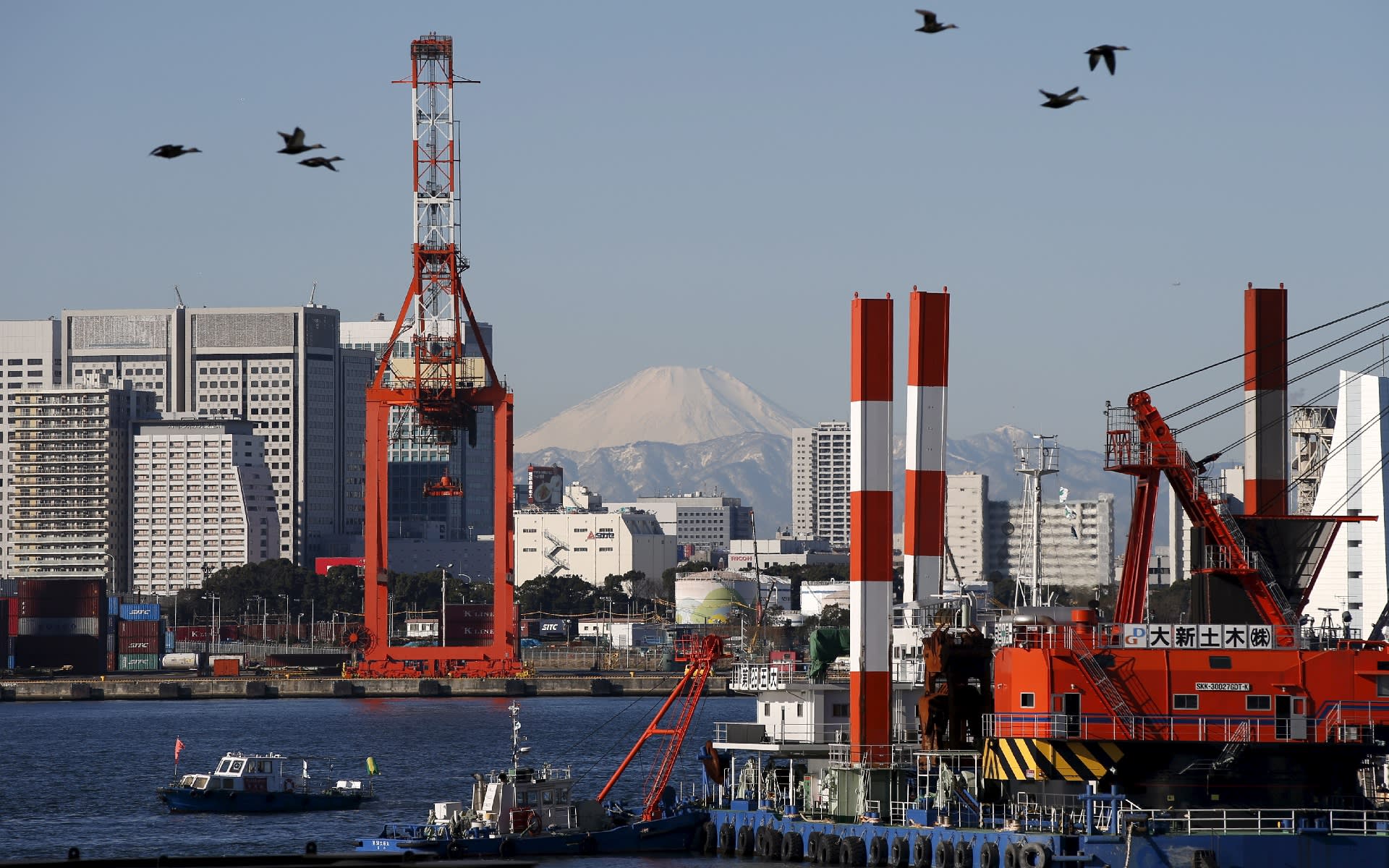 TOKYO -- Corporate Japan's winning streak is set to stumble for the first time in three years as automakers, electronic parts suppliers and other companies downgrade their profit forecasts for the year through March owing to China's slowdown.

With uncertainties over the global economy threatening export-heavy Japan, profit forecasts have been downgraded by a net value exceeding 1.3 trillion yen ($11.7 billion) since the New Year.

As recently as November, publicly-traded businesses that close their books in March collectively projected a just over 1% increase in net profit to a new record for the third straight year.

But things began to shift at the end of 2018. While some companies saw sunnier skies, with total upgrades since the New Year totaling almost 400 billion yen, they were outweighed by 1.75 trillion yen worth of downgrades. The new figures represent a roughly 5% net decrease from the 29 trillion yen in net profit previously projected for the year through March.

This is the most dramatic downgrade since the year ended March 2016, when softening resource prices around the globe pressed oil and gas companies and trading houses to slash outlooks by a hundred billion yen or more each. More companies across a wider range of industries have been affected this time around.

Makers of automobiles, auto parts and electronics were the biggest losers. Sales for big-ticket items like cars and smartphones are faltering, especially in China, and the impact is reverberating throughout the vast supply chains that feed those products.

"Profit continues to fall" at Suzuki Motor, said Director and Managing Officer Masahiko Nagao. The automaker faced on-year declines for both July-September and October-December, though it has kept its full-year outlook unchanged.

Toyota Motor cut its net profit forecast by about 400 billion yen, a move driven largely by one-time costs from paper losses on stocks. A more worrying sign was that four out of the group's seven autoparts suppliers also downgraded their outlooks.

Smartphones are losing their luster as well, which in turn cooled demand for electronic parts and chipmaking equipment. This prompted the likes of Kyocera and Screen Holdings to trim their forecasts.

Misumi Group, which makes factory automation equipment, has been cutting spending since October and aims to further cut costs in the January-March quarter by delaying setting up new warehouses, said a company representative.

If conditions persist, capital investment could slow, dragging on the Japanese economy.

Still, despite the gloom, earnings overall will remain near peak levels, and one in four listed Japanese companies is set to log a record profit for the fiscal year. A big winner is Sony, whose steady income from games and music buffered the impact of a slowdown in semiconductors.

Japan's seven big trading houses appear on track for all-time highs, thanks to their more diverse earning portfolios created in response to past fluctuations in resource prices. Japan's tourism boom is also benefiting some domestically-focused businesses in sectors like rail and real estate.