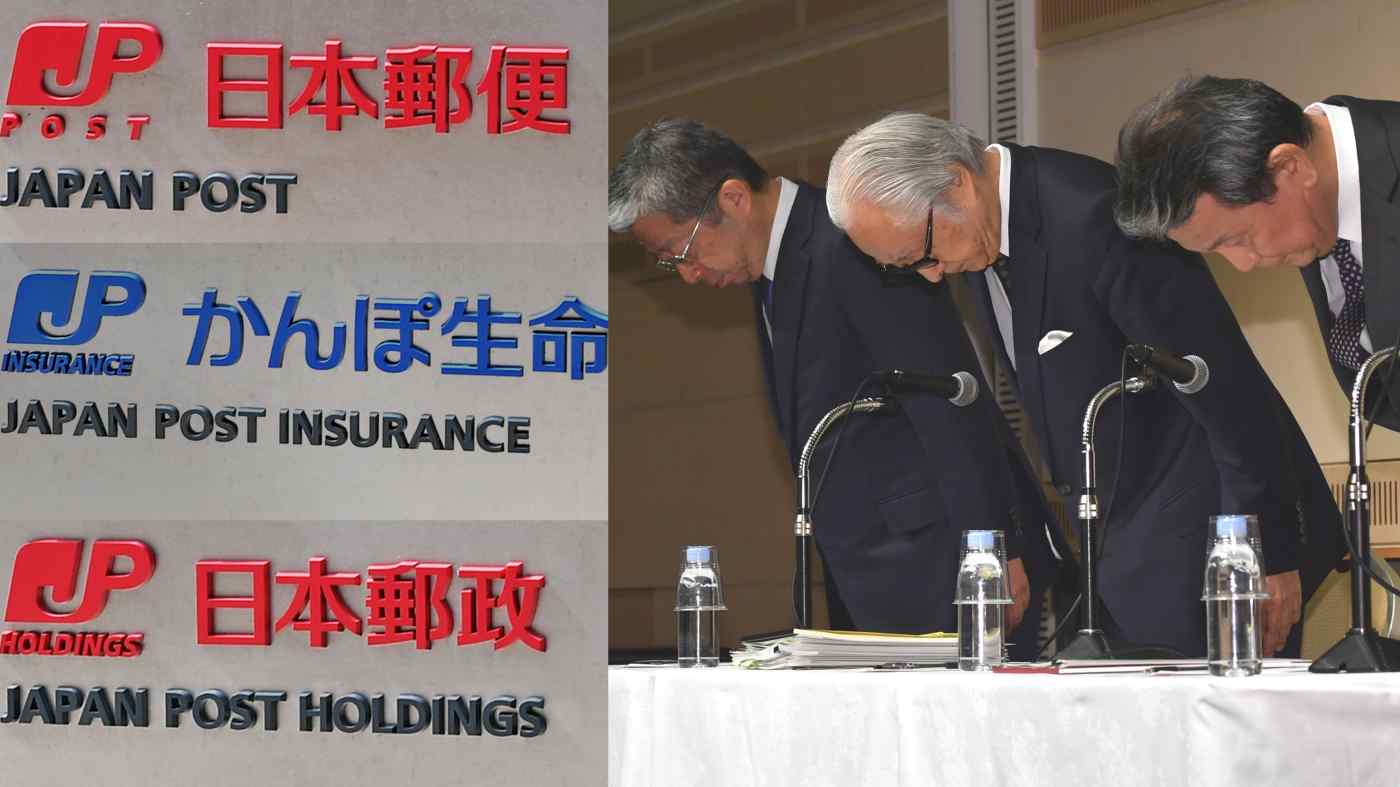 On Dec. 27, the Financial Services Agency ordered Japan Post units to suspend parts of their operations for three months. The group later announced the resignations of three company presidents, including Masatsugu Nagato, president and chief executive of Japan Post Holdings.