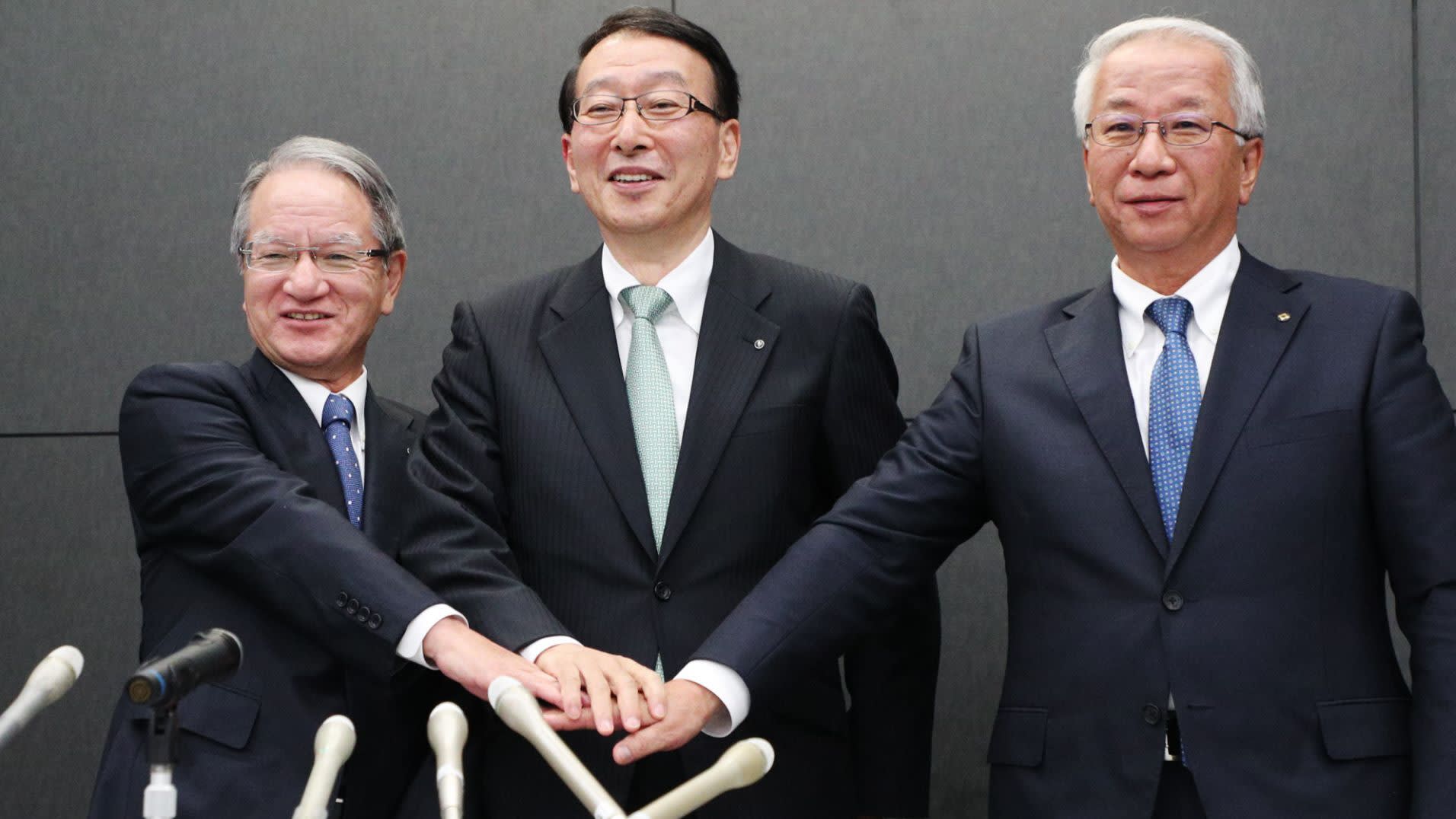 TOKYO -- The merger of two regional banks in southern Japan, approved after two and a half years of antitrust negotiations, offers a model for lenders in rural areas whose consolidation plans face similar regulatory challenges.

Upon getting the green light from the Fair Trade Commission, Fukuoka Financial Group and Eighteenth Bank announced Friday that they will integrate operations in April 2019.

Their method of letting customers switch to rival lenders to lower market share could offer an answer to other rural lenders seeking merger partners within the same prefectures, potentially setting off a wave of consolidation.

"With the future population structure in mind, we have to [merge] now or else we cannot maintain the regional financial system," Fukuoka Financial President Takashige Shibato said.

The approval was hard-won. The FTC had taken issue with the monopoly the combined bank would enjoy in Nagasaki Prefecture. Fukuoka Financial, headquartered in Fukuoka Prefecture, owns Shinwa Bank, based in Nagasaki -- the same prefecture where Eighteenth Bank's home office is.

Had the merger gone through without any mitigating steps, the two banks would have controlled nearly 80% of Nagasaki Prefecture's market for loans to small and midsize companies.

The merger was initially announced in February 2016 and slated to take effect in April 2017. But the partners could not put together a proposal acceptable to the FTC and indefinitely suspended the merger in July 2017.

The breakthrough came after the two banks devised a scheme to let clients refinance with competing lenders. Borrowers would switch nearly 100 billion yen ($899 million) in loans to 20 lenders operating in the region.

This would reduce the combined market share of Fukuoka Financial and Eighteenth Bank to roughly 65% from the approximately 75% in January. Lowering the market share "was a wrenching decision," Shibato said.

Lenders taking over the loans announced that they were bolstering marketing operations in Nagasaki Prefecture. And the FTC concluded that the move helped preserve borrowing options for small and midsize businesses.

For other locations, such as remote islands, where Fukuoka Financial and Eighteenth Bank would hold a total monopoly post-merger, the duo proposed a third-party monitor to ensure fair interest rates.

Their scheme could offer an answer to other regional banks prevented from merging because of the outsize market shares that would result. "Transferring debt will become a pillar of the measures to resolve the problem," said Masanori Fukamachi, director of the FTC's mergers and acquisitions division.

"This case will set a precedent," he said.

Bank mergers used to focus on building scale across prefectural lines and surviving stiff competition in urban markets. But now, regional banks are considering consolidating with peers in the same prefectures as the Bank of Japan's negative-rate policy and population decline eat into earnings.

Thirteen prefectures are home to at least three competing banks. The Nagasaki merger gives them another option, a Financial Services Agency official said. On the other hand, they face the real prospect of ceding business to rivals before getting the go-ahead.

"Do we need to sweat this much before we can consolidate?" an industry insider asked.