Japan carmakers lend a hand in race for ventilators

But nonmedical businesses held back from production by regulatory hurdles 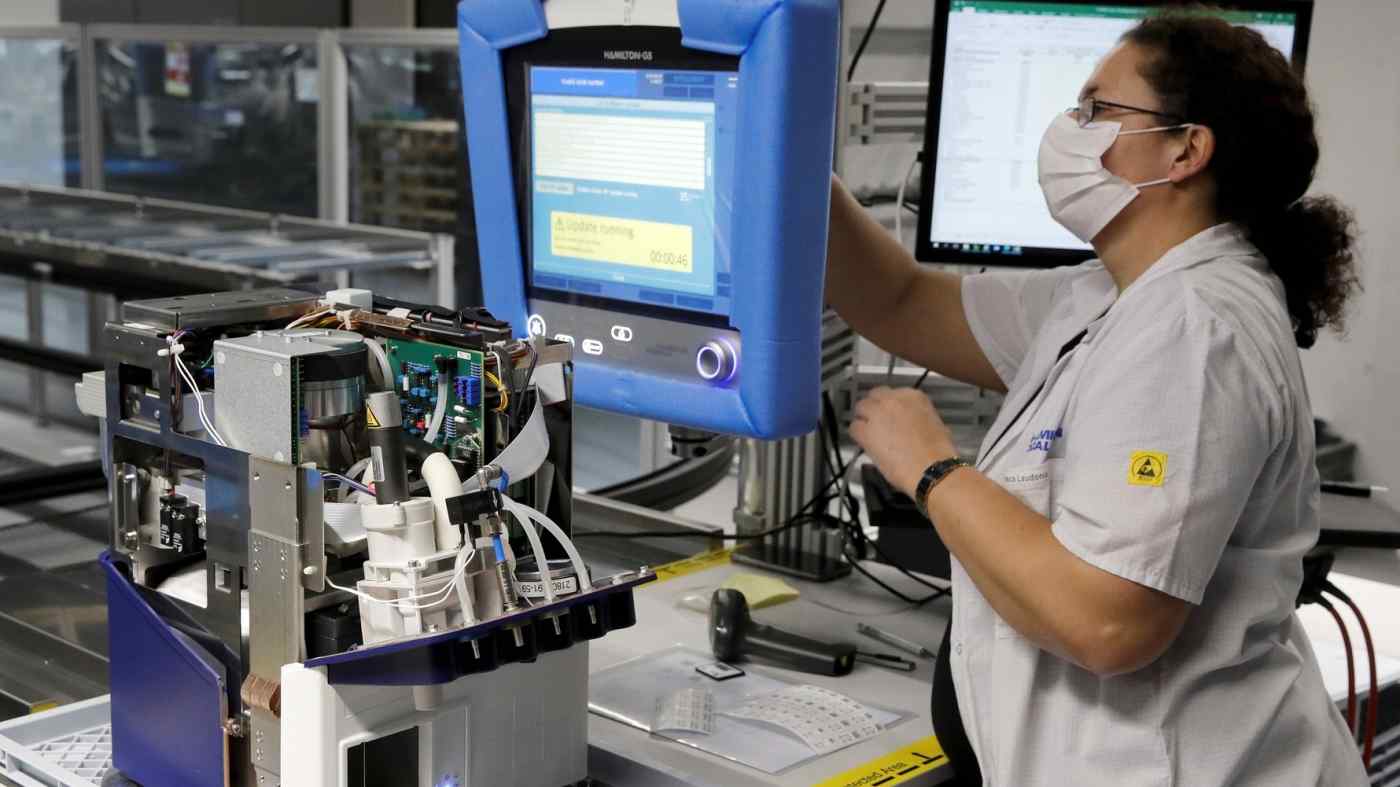 TOKYO -- With the coronavirus outbreak expected to increase demand for ventilators in Japan, companies outside the medical sector are working within tight regulatory constraints to support efforts to ramp up production.

Ventilators are crucial for keeping critically ill coronavirus patients alive. Japan had more than 28,000 of the machines as of mid-February, of which about 60% were available for use, but this may not be enough to handle a surge in pneumonia patients. While the government has pushed for companies to manufacture more ventilators, existing medical device makers have limited capacity.

Unlike in other countries, the health ministry has stuck to strict regulations that mean it would take a new entrant at least 10 months to win approval to produce ventilators or other lifesaving equipment.

Toyoda made no mention of Japanese automakers producing ventilators themselves. And Suzuki Motor, which builds ventilators in India through subsidiary Maruti Suzuki India, says it has "no plans" to manufacture them in Japan.

U.S. President Donald Trump has ordered General Motors to make ventilators, with delivery slated to begin by June. The U.K. has released minimum specifications for ventilators and urged such companies as Honda Motor to build them.