TOKYO -- Japan's convenience store operators have begun shifting focus from expanding their footprint to maximizing the potential of what they already have as they run out of room and personnel to keep building up their chains.

The number of convenience stores across Japan under 15 companies fell 0.5% to 58,250 in fiscal 2019, the first-ever decline in comparable data going back to 1981, a recent Nikkei survey of the industry shows. Lawson shrank its network by a net 200 or so locations that year.

Seven-Eleven Japan, which had enjoyed an average 5% boost in the previous five years, also booked its smallest increase in a decade of 2.3% to 5.01 trillion yen.

The data indicates that the conventional approach of building more and more identical stores for economies of scale may have run its course. Since the number of Japanese convenience stores reached around 50,000, locations began cannibalizing one another even within the same chain. The average number of customers per day sank for a fifth straight year, by 2.3% to 932. 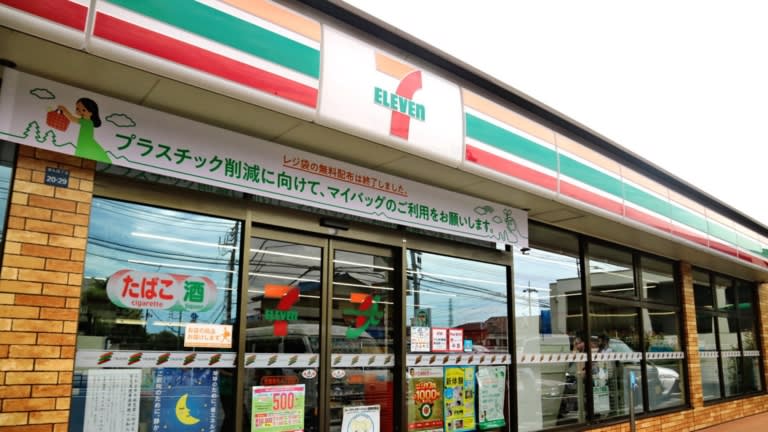 Japan has convenience stores on what feels like every corner. (Photo by Yuma Ikeshita)

In response to the changing industry, Lawson has decided not to sign on to new retail spaces until it finds franchise owners to run them, when it used to sometimes start the search after new stores were completed.

Seven-Eleven has dropped its policy of having each store carry exactly the same products picked out by headquarters. It plans to adjust lineups at roughly 40%, or more than 8,000, of its stores based on location, such as in the suburbs or by major thoroughfares, in the fiscal year ending February 2021.

Japan's labor shortage has also hit the industry hard. A third of respondents to the Nikkei survey said they did not have enough franchise owners, while two-thirds said they lacked part-timers to staff the stores. Eight of 12 companies reduced the percentage of stores operating 24 hours a day, with Lawson and Seven-Eleven reporting 1.4 point and 0.9 point drops.

"This is not an insignificant number," said an executive at a leading convenience store operator, since 24-hour operations had been key to smooth delivery of products.

Lawson plans to roll out cash-register-free stores this year. Facial recognition and other biometric authentication, along with a smartphone app, will help replace the registers.

Ceiling-mounted cameras and sensors on store shelves will detect when an item is picked up. When the customer leaves the store, the purchase will be paid for with a previously registered credit card.

With no need for registers, employees will be free to focus on such other tasks as restocking.

FamilyMart will partner with a robotics startup to introduce remotely controlled shelf-stocking robots before the current fiscal year ends in February 2021. These can be operated from home, making more jobs accessible to older people and those with disabilities.