Expansion to country's interior proving a boon as incomes climb 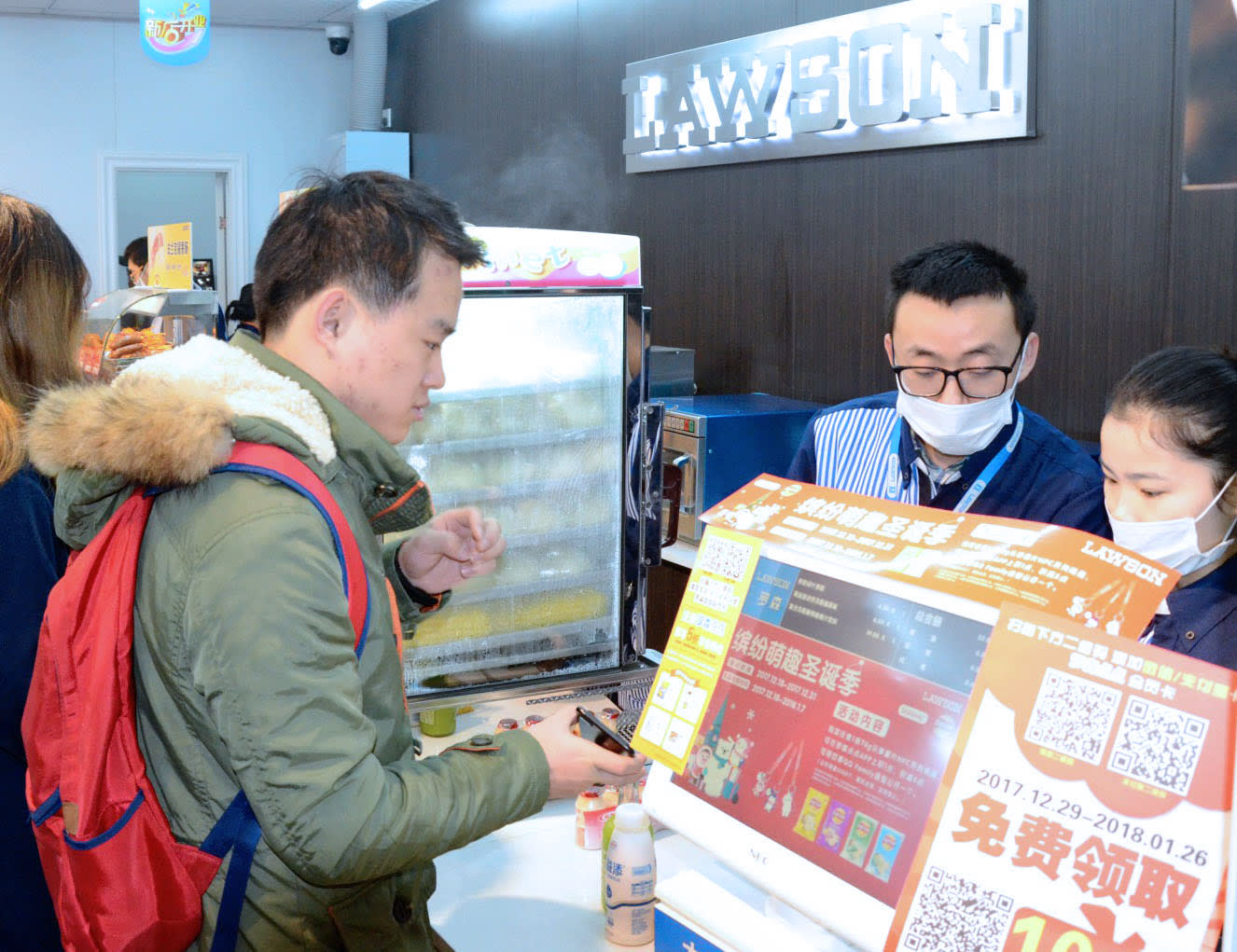 CHONGQING/TOKYO -- Japanese convenience store operators who set up shop in China's coastal cities are broadening their inland footprints in a bid to capitalize on economic growth there.

At the end of last year, Lawson opened an outlet on the campus of Yangtze Normal University in Chongqing, a metropolis in the heart of China. The school is about 100km east of central Chongqing.

People living in the Fuling district where the new Lawson is located have a disposable income that's about 10% less than their compatriots in Chongqing's city center. Prices at the heavily trafficked meat bun shop next door are lower than at Lawson.

But the minimart differentiates itself with its assortment of Japanese-style fried food, hot pots and other foods not found in local shops. Lawson is also targeting women concerned about food quality and hygiene.

"The store is clean and it has many new foods, so I want to come here often," said a college student who visited the store soon after it opened. In hand was an onigiri rice ball that sells for 1 yuan (15 cents).

From Shanghai to Anhui Province

Lawson plans to open as many as 10 outlets in Fuling over the next year, building a network that connects stores with food production centers and logistics hubs in Chongqing. If the company is successful, it will use the knowledge gained from the experience to "quickly expand the sales area originally confined to city centers," said Ueno. Lawson opened its first Chinese outlet in Shanghai in 1996, then expanded mainly along the eastern seaboard. The company made its way to Chongqing in 2010, and now has about 160 locations in the area.

An outlet will also open in the inland city of Hefei this spring, marking the first appearance of a Japanese convenience store in the surrounding Anhui Province. The plan is to open at least 100 stores in the province by 2020.

China is currently home to roughly 1,400 Lawson locations, a number that could reach as high as 3,000 in 2020. For that to happen, Lawson will have to expand its empire to minor cities surrounding heartland metropolises such as Chongqing.

China's convenience store market is growing by double digits, but it is also a cutthroat business saturated with some 100,000 locations. To survive in the mainland, the country's interior can no longer be ignored.

Seven and i Holdings, the biggest Japanese player in China, has taken that view to heart. The Seven-Eleven operator had 2,520 mainland locations at the end of November, with the bulk of the most recent openings concentrated in the country's midsection. Chengdu had 77 stores, up nearly 30% from a year earlier, while Chongqing's tally jumped more than 30% to 46.

"We anticipate constant growth in China's interior in line with the country's Belt and Road Initiative, and we will continue to expand areas of operation and the number of stores," said Seven and i.

The group will monitor demand at existing outlets as well as store openings, adding dedicated production sites as needed that will supply onigiri, bento boxed meals and other specialty foods.

FamilyMart, meanwhile, had 2,177 Chinese locations at the end of November, up about 20% from a year earlier. Roughly half of its stores, however, are concentrated in Shanghai. The FamilyMart UNY Holdings unit will hasten its inward expansion, starting with boosting the number of Chengdu stores 40% to 85.