TOKYO -- More Japanese-led startups are setting up shop in Southeast Asia, looking to vault onto the global stage from this fast-growing region of 600 million people rather than become mired in Japan's idiosyncratic regulations and practices.

The Japanese founders of AnyMind Group, which offers advertising and recruitment support using artificial intelligence, chose to establish their company in Singapore because "we wanted from the beginning to build a world-class business," CEO Kosuke Sogo said.

AnyMind now has offices in 10 countries and regions, mostly in Southeast Asia. This broad cross-border network has helped tap into demand from multinational companies, lifting sales to roughly 2.8 billion yen ($25.2 million) in 2017, AnyMind's second year of operation. The startup plans to expand into the United Arab Emirates, the Philippines and Russia this year, and is angling for a U.S. listing.

"There's a global shortage of programmers. I want to grow our business by serving as a bridge" between engineers and customers, said Kobayashi, the company's president and CEO. Framgia's clients include Japanese taxi operator Nihon Kotsu and Money Forward, a provider of cloud-based accounting software. AnyMind CEO Kosuke Sogo sees Singapore as a springboard for going global, with the startup planning to expand into the United Arab Emirates, the Philippines and Russia this year.

Entrepreneurs also are drawn to Southeast Asia's larger pool of risk capital. Data from PitchBook shows that venture capital investment in the region totaled $4.4 billion in the three months through March -- more than the sum for all of 2017, and 16 times the Japanese total for the quarter.

Indonesian ride-hailing service Go-Jek raised $1.5 billion from investors including Chinese companies early this year. Online marketplace Bukalapak, also of Indonesia, touts itself as a unicorn with a valuation topping $1 billion.

The innovative technology and business models of startups find a receptive audience in Southeast Asia, said Paul Ford, a partner at Japan's KPMG FAS and an expert on startup trends. Ford cited the region's growing population and many young consumers as well as its underdeveloped infrastructure. 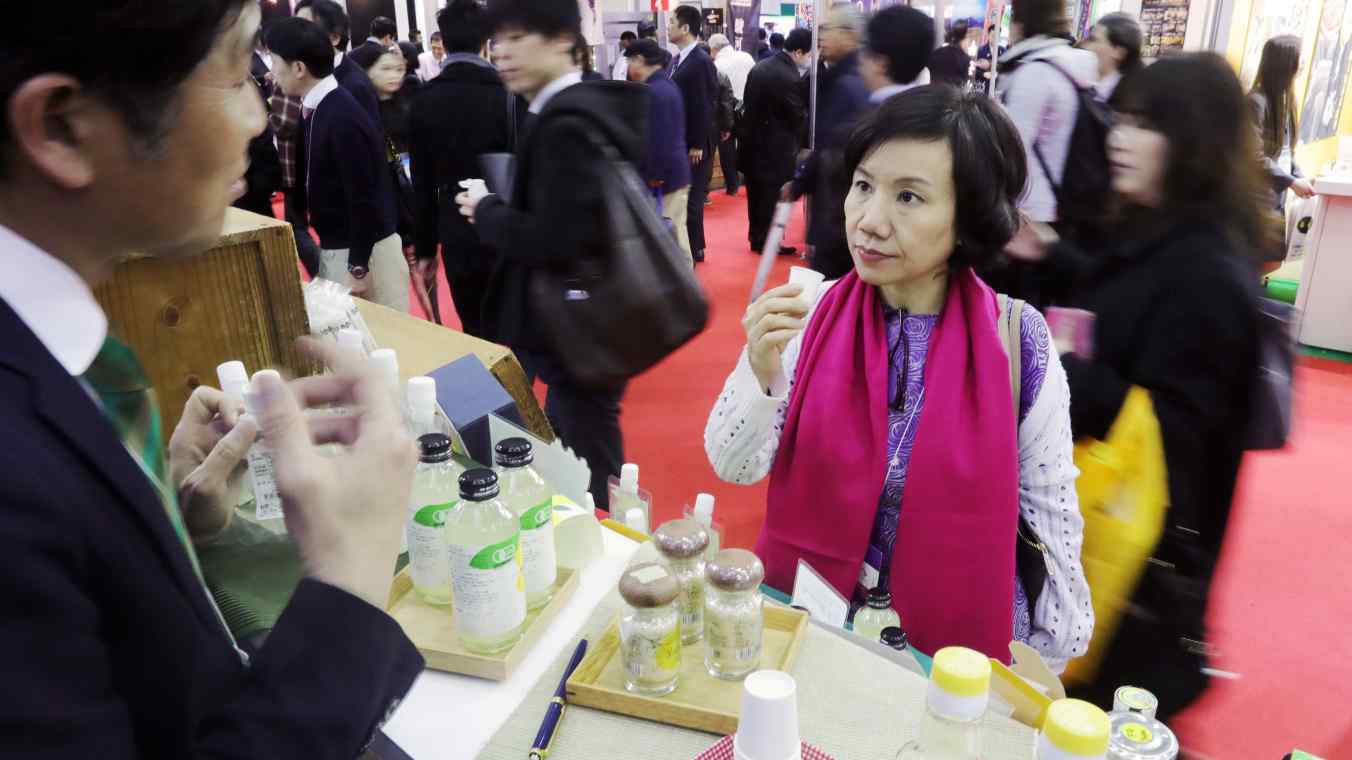 Southeast Asia's love of Japanese products and culture helps as well. Tokyo-based Agri Holdings, which has a major office in Singapore, operates shops there and in the U.S. that sell onigiri rice balls and other Japanese foods made with rice from Japan. The company handles all steps of the process itself, from food production to export and sales.

"That would be impossible with big companies in Japan, which are slow-moving in the face of strict regulations," CEO Jun Hasegawa said. Relaxed regulations in Thailand have presented Omise with opportunities, CEO Jun Hasegawa has found, while legal changes pushed the company out of the payment services business in Indonesia. (Photo by Shinya Sawai)

But this relaxed approach to regulation carries risks as well. A fast-changing legal environment drove Omise out of the payment services business in Indonesia last year after the country adopted measures that may have been meant to squeeze out foreign players.

"It was pointless to expend resources" there, Hasegawa said.

Japanese startups hoping to succeed in Southeast Asia need to do their research as well as find talent possessing a thorough knowledge of the area.

"Local governments and businesses have greater flexibility to accommodate startups than in Japan," said Yuji Horiguchi, head of Singapore venture capital firm Spiral Ventures, whose portfolio centers on Southeast Asian companies. "That's a plus for companies that can take advantage of it effectively."