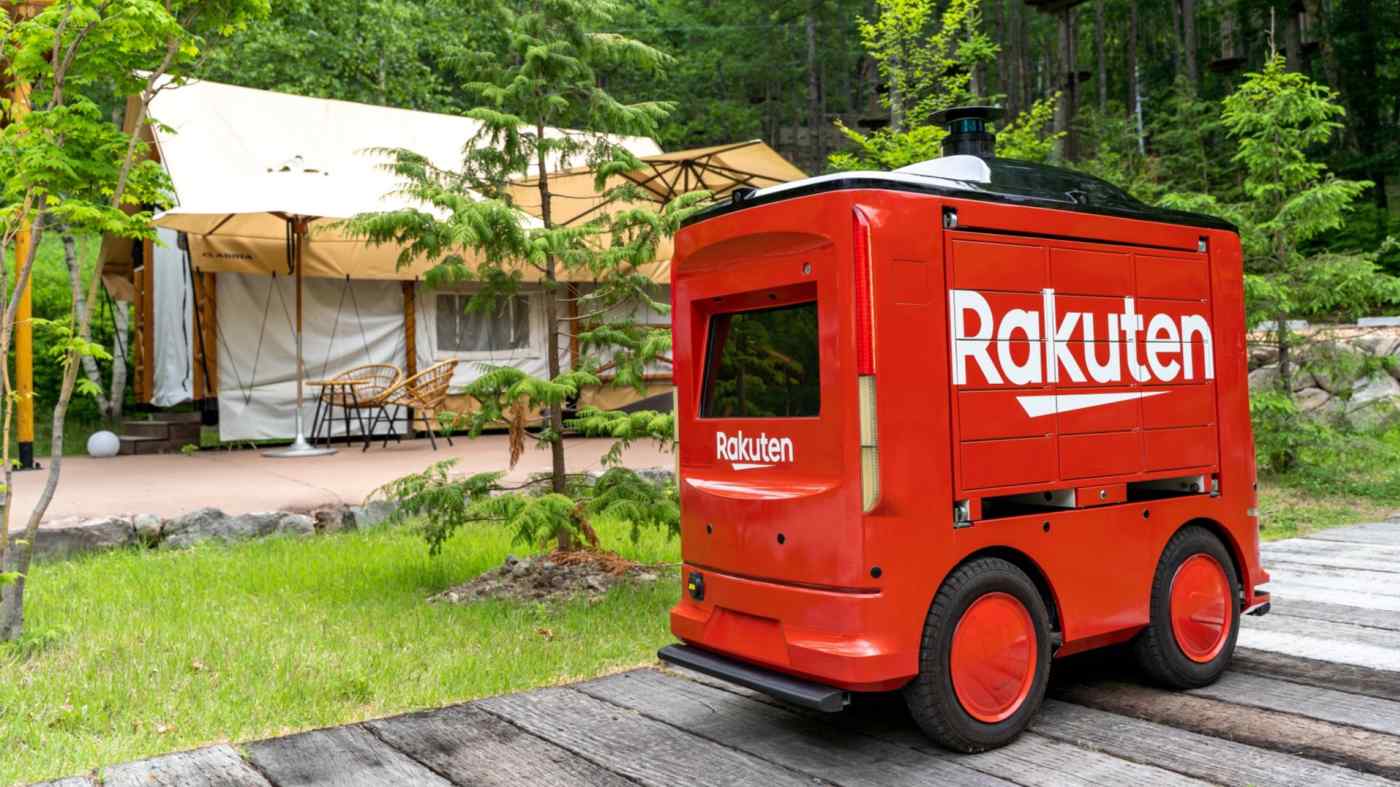 TOKYO -- Guests at a luxury campground in Japan's Nagano Prefecture will be able to have meals delivered via self-driving robots, thanks to a service from Rakuten and the Tokyu group launching next month.

Rakuten delivery robots will ferry barbecue ingredients, breakfasts and small dishes from food preparation facilities to the resort's "tent villas," traveling the roughly 200-meter distance at 6 kph. Users place orders at a terminal in the tent and enter a password to receive the food once the robot arrives.

Tokyu sees the service as a way to both save labor and avoid in-person contact that risks spreading the coronavirus. If it goes well, the company may try expanding the service to cottages at the resort as well as bring it back next year and beyond.

Rakuten tested similar autonomous delivery services last year at Chiba University and a public park in Kanagawa Prefecture near Tokyo. This will mark the first time that one of its clients, rather than Rakuten itself, will be operating the robots.

The e-commerce company aims to commercialize self-driving robots that are easy for customers to use, including in sparsely populated regions and disaster areas.

The Japanese government is discussing allowing small unmanned delivery vehicles to travel on public roads on a trial basis this year. If regulations are eased, Rakuten hopes to move forward with field demonstrations on public roads "as early as this year," a company representative said.