Japan in race with China for facial-recognition supremacy 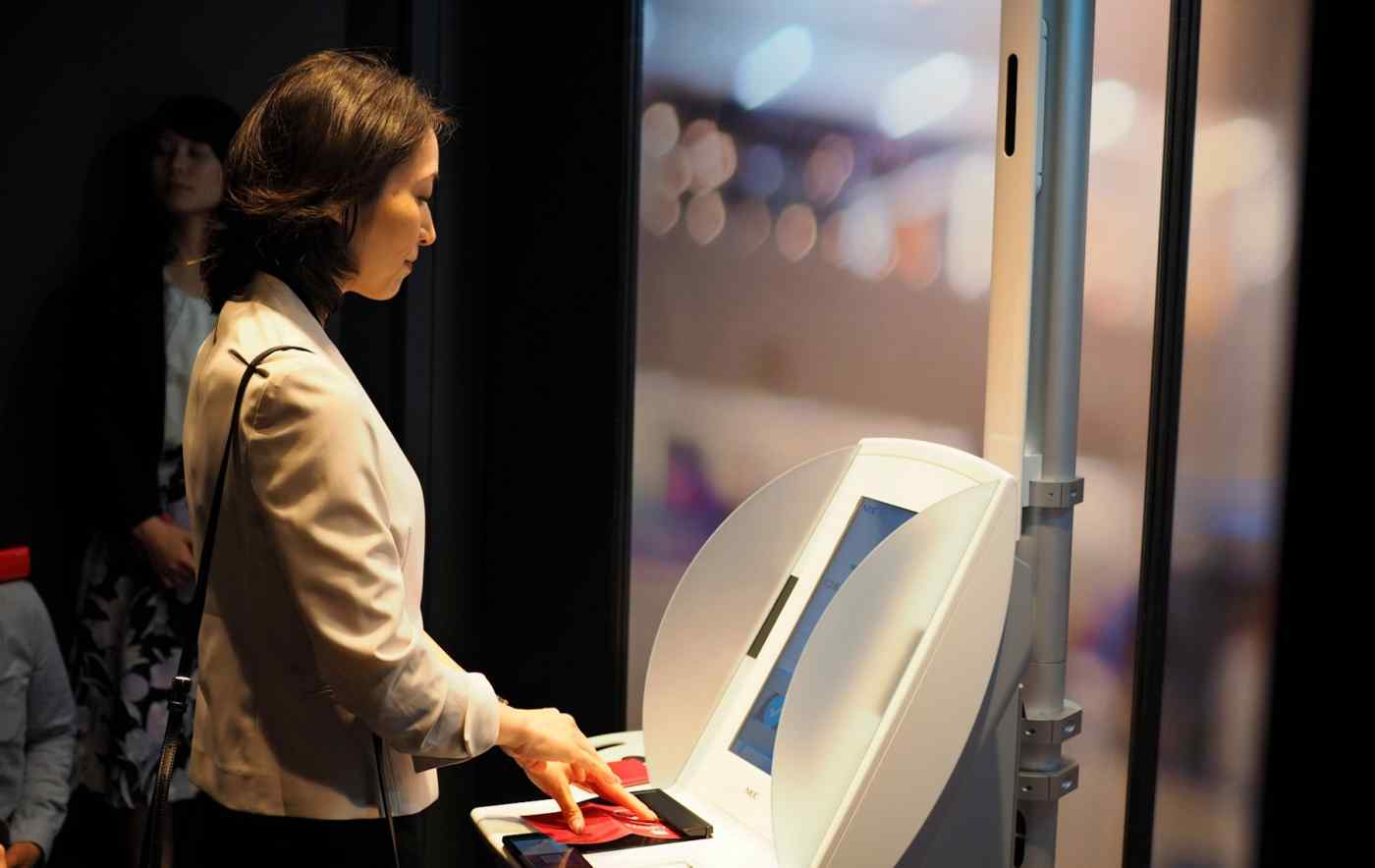 TOKYO/GUANGZHOU -- From shopping to banking to boarding airplanes, an economy based on facial recognition is taking root in Japan, enabling consumers to live a cashless, bag-free life.

When visitors land at Nanki-Shirahama Airport, in western Wakayama Prefecture, they are greeted not by pandas that the town of Shirahama is famous for, but by a TV screen that displays "Welcome Mr/Ms (visitor's name)."

The visitors can buy chewing gum at the store with their faces, as well as enter their hotel rooms with no keys. When ready, they can head out to Adventure World theme park, where guests can pre-register to gain entry through facial recognition, to watch pandas nibble on bamboo and dolphins do tricks.

These are part of a facial recognition experiment that NEC has been conducting in Shirahama. The Japanese electronics maker is betting that convenience combined with peace of mind over data security will be a winning formula in the market for facial recognition technology.

The global market for facial recognition is set to double from 2018 to 2024, reaching $9.1 billion, as the technology expands to autonomous driving, finance and medical treatment, according to Indian research company Mordor Intelligence.

Without doubt, Chinese companies have been dominant in this field, as they shoot up the rankings for scale and accuracy. But as Washington and Beijing spar over trade and technology, Japanese players are seeing an opening. But the company has steadily improved the accuracy and speed of its technology, adopting artificial intelligence and developing an original algorithm.

NEC's misidentification rate is now down to just 0.5%, while its system carries out a blistering 230 million operations per second. The speed and capacity far exceed the capabilities of other companies, which is why NEC's technology ranks first in benchmark testing by the U.S. National Institute of Standards and Technology, or NIST.

Yet, despite NEC's technological edge -- which includes the ability to cope with aging and masked faces -- Chinese suppliers of cameras and facial recognition systems are grabbing big shares of the global market.

The ruling Communist Party's huge demand for keeping tabs on citizens has helped spawn a thriving surveillance sector. An estimated 200 million cameras are scattered across China. Since they are already being watched, some would argue there is little reason for consumers to resist facial recognition systems that make day-to-day tasks a breeze, though there have been signs of unease.

Hangzhou Hikvision Digital Technology is one Chinese business that has cashed in. It has become the world's largest manufacturer of surveillance cameras in part by offering products for less than half the price charged by suppliers in advanced economies.

China's facial recognition specialists are no slouches, technologically. Three of the players trailing NEC in NIST's top five for 2018 were Chinese: Yitu Technology, the Shenzhen Institutes of Advanced Technology and SenseTime.

This was a stunning step forward from 2013, when none of the top five competitors hailed from China. But new barriers are rising as Washington and Beijing spar over trade and technology. Hikvision's growth has slowed, with sales rising 10% on the year in the first half of 2019 -- a third of the rate for all of 2017.

In October, the Trump administration banned American companies from exporting high-tech equipment to 28 more Chinese organizations. Hikvision, Yitu and SenseTime were all on the list. The ban restricts procurement of software, semiconductors and other vital components.

For Japanese companies like NEC, the U.S. decision and the general suspicion surrounding China's surveillance industry presents a window of opportunity.

NEC and Japan's National Institute of Information and Communications Technology have jointly developed a facial-recognition system with advanced security based on quantum cryptography -- a form of encryption that promises to be virtually unhackable. Encrypted authentication data is divided and stored using a method called "secret sharing," which is akin to scattering the pieces of a puzzle so that it is unsolvable without bringing them all back together.

The company hopes to market the system by stressing that it reduces the risk of leaks.

But security is not everything. Chinese players have cracked emerging markets with low prices, meaning Japanese and other rivals also need to provide affordable options to be competitive.

Panasonic in November introduced a cloud-based facial-authentication system with a pay-as-you-go model. The company charges 1 yen (less than a cent) for each identification check. It is willing to swallow low profit margins to promote the service.

But privacy concerns could come into play in unforeseen ways. "The facial-recognition genie, so to speak, is just emerging from the bottle," Microsoft President Brad Smith said last year.

Warning that these systems could be used to discriminate against minorities, intrude on people's privacy and lead to mass surveillance on a global scale, Smith said, "We believe it's important for governments in 2019 to start adopting new laws to regulate this technology."

The city of San Francisco this year banned the use of facial-recognition software by the police and other agencies. The European Union is seriously considering a similar move.

In the wake of Microsoft's recommendation, NEC issued a statement in which President and CEO Takashi Niino said he "welcomes this debate" on the issue. In April, NEC said it would strive to promote AI, including facial authentication, while paying heed to human rights and privacy.