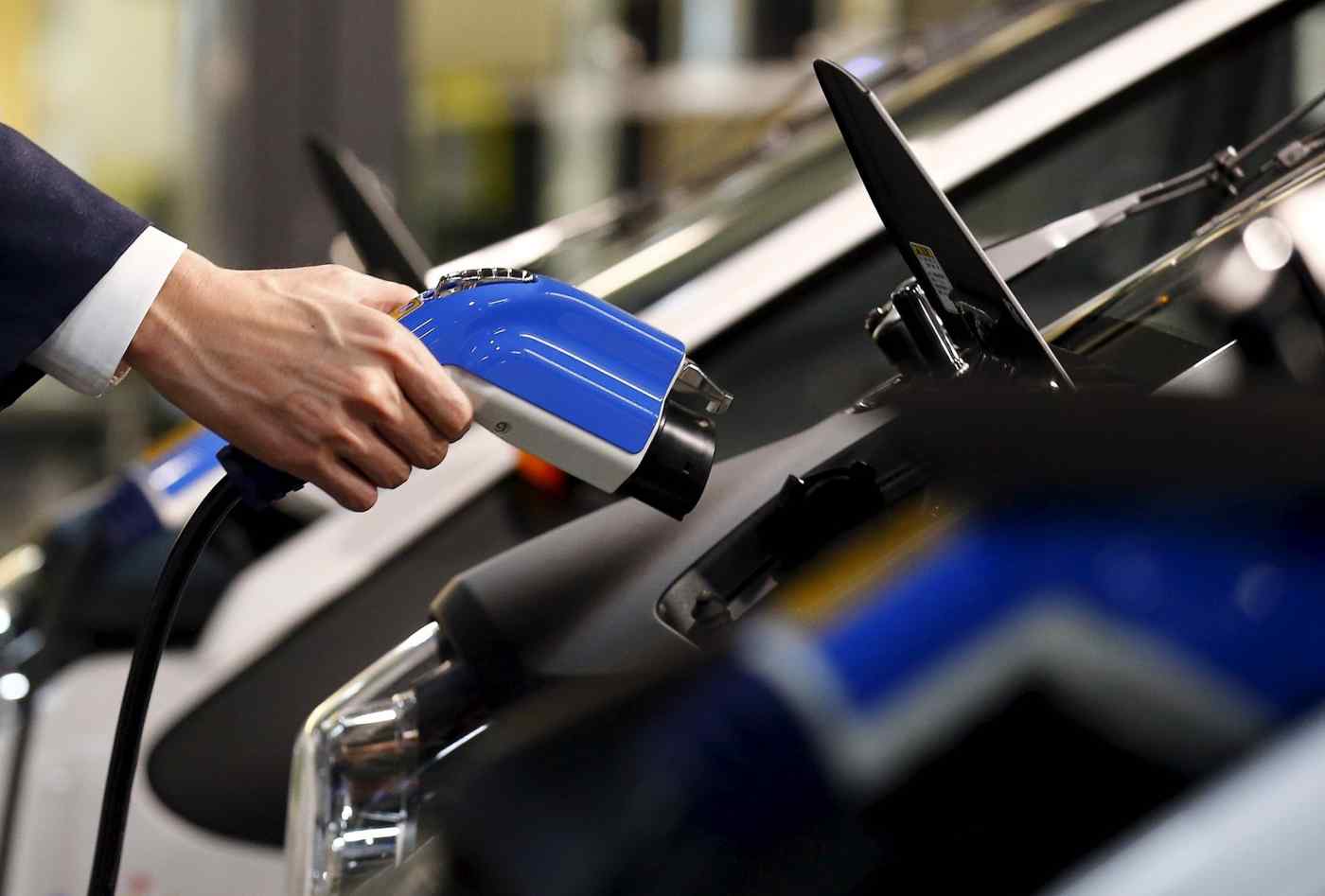 TOKYO -- Leading Japanese manufacturers have teamed up with the government in a program to develop solid-state batteries, which are expected to power the electric vehicles of the future.

Kicking off in May, the program teams the Consortium for Lithium Ion Battery Technology and Evaluation Center, or Libtec, with companies like Toyota Motor and Panasonic to develop the highly efficient battery.

The program is aimed at returning Japanese manufacturers to the forefront of automotive battery technology, as international rivals have eroded their once dominant position in the field.

To support development, Japan's Ministry of Economy, Trade and Industry will provide 1.6 billion yen ($14 million) in funding to Libtec, a research body whose members include Asahi Kasei and Toray Industries.

Toyota's solid-state battery technology is believed to be the world's most advanced, but the company has yet to commercialize it. The program aims to make this happen by combining expertise from each member of the consortium.

Libtec hopes to develop a solid-state battery that doubles the range of electric vehicles to 800km by 2030 over the current 400km. For the time being, it is targeting a more modest range of 550km by 2025. 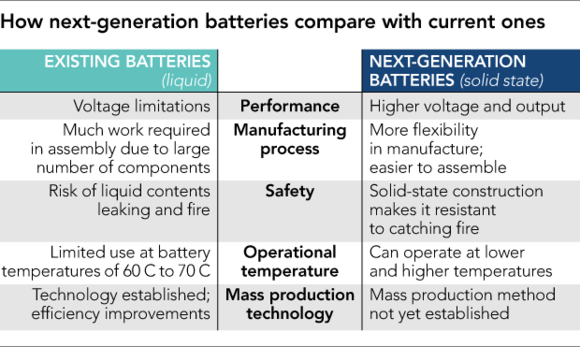 The consortium believes the significantly improved capacity will attract manufacturers from a wide range of fields.

Japanese companies accounted for 70% of the global automotive battery market in 2013, but they are being challenged by China and South Korea. Chinese companies expanded their combined global share to 26% in 2016 from just 3% in 2013. Over the same period, Japanese manufacturers' share shrunk to 41%.

The future of solid-state batteries looks bright as electric car use grows amid tighter global environmental regulations. China eventually wants to have 80 million electric vehicles on the road, up from 650,000 in 2016, while Germany is aiming for 6 million vehicles, up from 70,000 in 2016. Japan hopes to increase the percentage of next-generation cars to between 20% and 30% of new vehicle sales by the end of 2030.

Japan's industry ministry is eager for the country to reclaim its global dominance by setting standards for solid-state batteries. It may seek to register related technologies with the International Electrotechnical Commission, a standards organization for electronics.