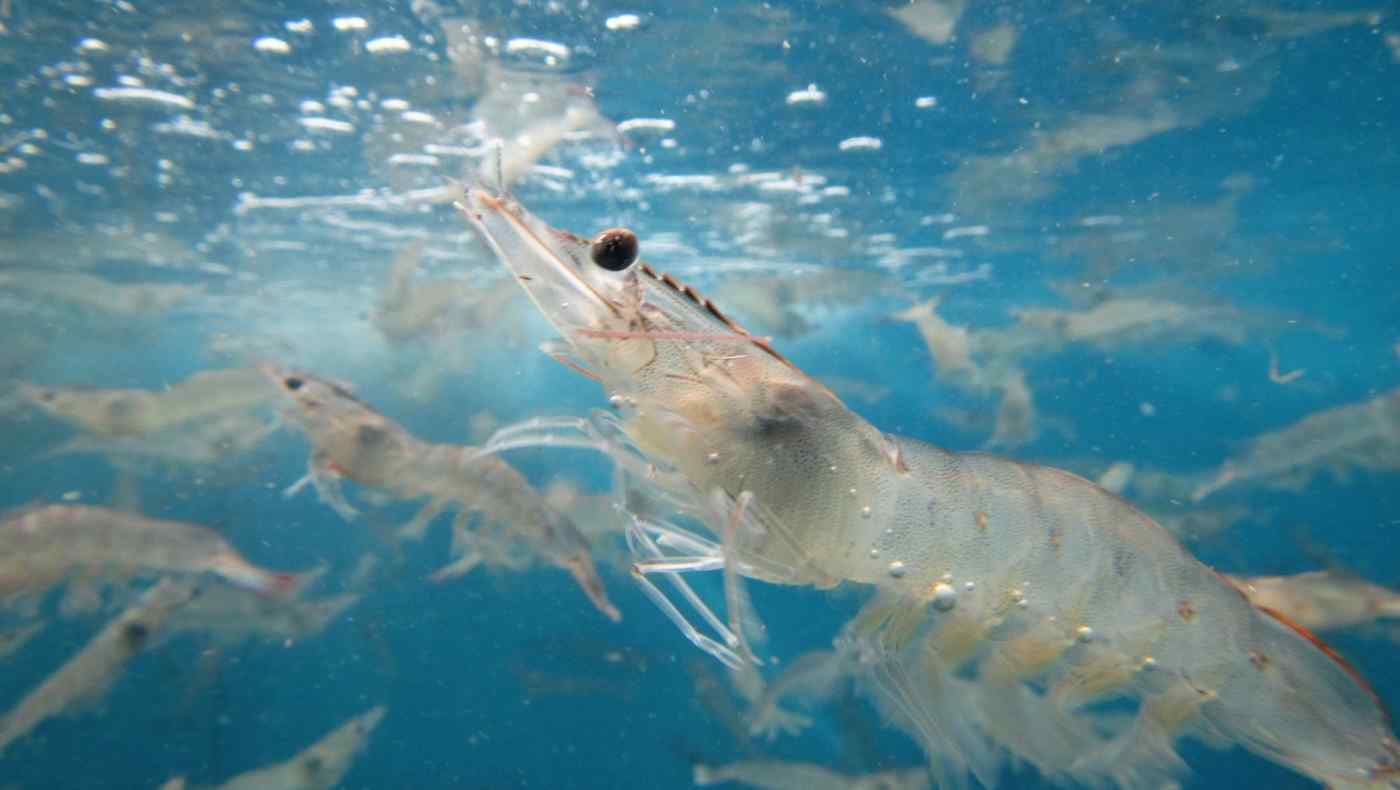 TOKYO -- Japan's seafood processors are beginning to shift their business focus from catching fish from the sea to inland fish farming as new technologies and legal revisions make this kind of aquaculture more appealing.

Companies such as Maruha Nichiro and Nippon Suisan Kaisha, or Nissui, soon expect to begin commercial shipments of inland farmed fish, including salmon, and a general trading company is following suit.

Maruha Nichiro operates an inland fish farm in the town of Yuza, in the northwestern prefecture of Yamagata. Young sakuramasu, a variety of salmon, swim in large tank at the facility. The fish is popular, with many seafood lovers saying it is the tastiest of the salmon and trout species that can be eaten raw.

But raising fish is challenging. Among the difficulties: delivering the proper amount of feed for different water temperatures, which affect how much the fish eat.

At Maruha Nichiro's farm, data such as water quality and temperature are analyzed using a cloud-based system to automate feeding, a task that was previously done manually. Maruha Nichiro, which developed the system with valve maker Kitz, expects to ship its first batch of sakuramasu soon. It aims to market the fish as a Japanese product in a country that relies on imports for 90% of its salmon consumption.

Although counterintuitive, fish farming is moving inland from the coast. Maruha Nichiro President Shigeru Ito believes aquaculture will "shift from sea-based to land-based in the future." 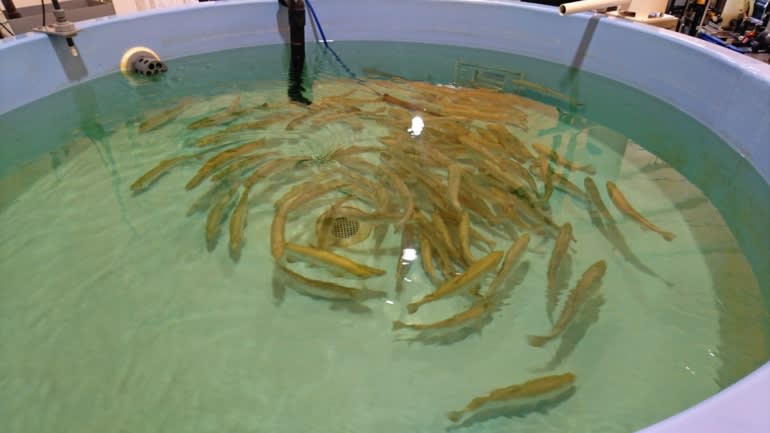 Japan's Maruha Nichiro plans to start shipping "sakuramasu," a type of salmon, raised at its inland fish farm in Yamagata Prefecture, starting in the spring.

Trading house Mitsui & Co., meanwhile, plans to begin shipping salmon farmed in Kisarazu, southeast of Tokyo. FRD Japan, a Mitsui subsidiary specializing in inland fish-farming, is in charge of the operation. The startup, based in Saitama, near Tokyo, has developed a closed aquaculture system that recirculates artificial seawater using a biological filtration system.

Nissui plans to begin commercial sales of its cultured whiteleg shrimp, which it recently began shipping on a trial basis. Full-scale operations are to begin in the fiscal year starting in April. It also plans to begin inland farming of mackerel the following year, aiming to become the first company in Japan to sell farmed mackerel commercially. The key goal of the project is to cut costs by teaming up with a business in another industry that has a water treatment technology.

Fisheries around the world are under pressure due to climate change and overfishing. With growing awareness of the need to protect marine ecosystems, the industry is shifting its focus to aquaculture. By 2013, more fish was raised on farms than was caught at sea. The market for farmed fish was worth $231 billion in 2016.

Production of farmed fish is expected to continue growing, driven by population growth. The U.N. Food and Agriculture Organization estimates that by 2030 global output of farmed fish will be 40% higher than in 2016. In Japan, however, growth has been sluggish, with farmed products making up just one-fourth of the country's total fisheries output.

On Dec. 8, the Japanese parliament passed the amended Fisheries Act, aiming to encourage companies to enter the fish farming business by changing the fishing rights system. The amended law, which will take effect within the next two years, scraps rules requiring prefectural governors to prioritize fishing cooperatives when approving farms. The amendment is the first major change to the law since 1949.

Seafood processors say, however, there are few grounds suitable for coastal fish farming left in Japan. And efforts to create such farms are apt to draw protests from local fishermen.

Inland farms, if they succeed, will avoid these problems. They can be more precisely controlled for water temperature and quality than farms that use natural seawater, and they will not lead to disputes over fishing rights. An additional advantage for inland farms is that operators can set them up closer to consumers.

Fish from these farms "will sell for high unit prices because they can be shipped live," said Nissui President Akiyo Matono. "We want to profit from this by getting ahead of our rivals as much as possible, if only by a year or two."

Salmon farming companies in Japan expect to have a cost advantage over imported products, which have duties tacked on. Norwegian and Chilean companies already operate inland salmon farms abroad, and some overseas operators aim to set up farms in Japan.

The main obstacle for inland fish farming is cost, which is around 20% higher than its coastal counterpart, mostly because of higher costs for water and the electricity needed to maintain the proper temperature. This previously restricted inland fish farming mostly to higher-value species, such as sturgeon and blowfish.

Competition among processors is likely to center on developing technology to control the aquatic environment -- sensors and other technology to analyze and maintain water quality. The internet of things will be key to this endeavor, requiring collaboration between different industries.

Nissui's Matono said Chinese tech companies have approached his company with proposals to set up inland fish farms in China. If Japanese companies succeed in developing a viable inland fish farming infrastructure, the export market for equipment is likely to grow.