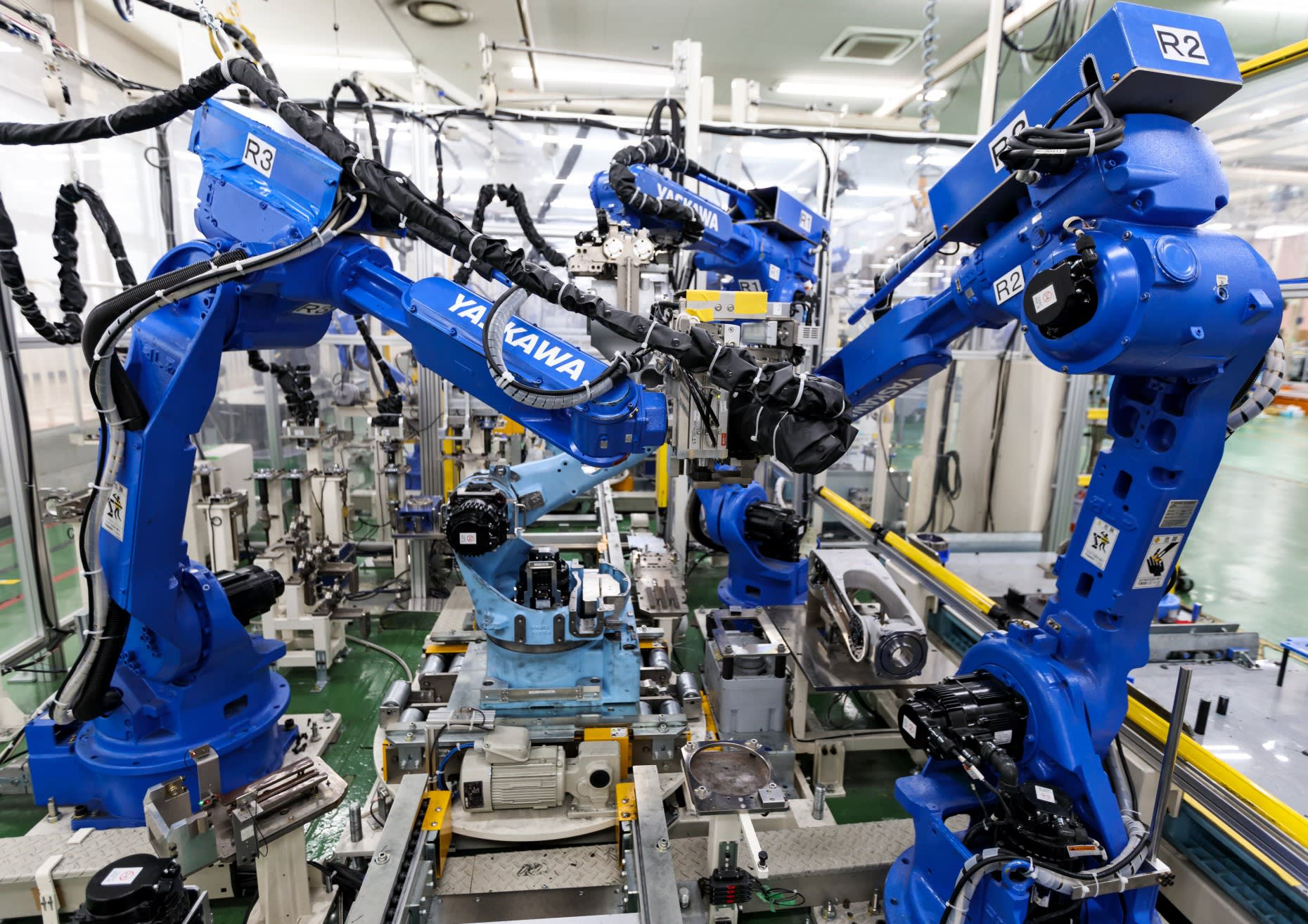 The pair and the other two top players worldwide,  ABB of Switzerland and Germany's Kuka, together hold more than 50% of the global market for industrial robots, Nikkei estimates.

Fanuc is strong in numerical control devices for machine tools, while Yaskawa boasts expertise in motor technologies. On the European side, ABB is known for dual-arm robots and supplies a wide array of manufacturing equipment, while Kuka's strength lies in automotive production equipment such as welding robots.

In the current fiscal year, Fanuc's net profit-to-sales ratio is projected at 24% and Yaskawa's at 10%, according to data from QUICK-FactSet. ABB's margin is forecast at 7% and Kuka's at 4%.

This marks the second year in a row that the two Japanese manufacturers beat the European peers in net profit margin.

Fanuc is far ahead of the other three in margin, but Yaskawa has boosted its number in recent years. Its margin rose to 9% last fiscal year, surpassing ABB's 7% and marking the first time in 14 years that the Japanese duo each logged better margins than their two European rivals.

Moreover, Yaskawa has increased Chinese sales on expanded distribution channels. In addition to the booming demand for labor-saving equipment in manufacturing, a tail wind has also been provided by Chinese subsidies aimed at advancing domestic manufacturing technologies. A  Chinese plant Yaskawa opened in 2013 has operated at full capacity for some time, achieving a high level of proficiency.

ABB has strong Chinese operations, while Kuka has also been sharpening its focus there since becoming part of local appliance maker Midea Group last year.

In fiscal 2018, steady worldwide demand is likely to help Yaskawa, ABB and Kuka grow net profit, despite some concerns such as a slowdown in auto sales in North America. But Fanuc's profit is expected to shrink, due to a drop in demand for smartphone-related equipment.

Still, the Japanese companies will likely maintain the upper hand in margins, as European manufacturers rely on outside sources for many core components.

The market for robots and related products is expected to top $200 billion in 2021, doubling from the forecast for 2018, according to U.S. research firm IDC.

A key challenge for the Japanese manufacturers will be improving capital efficiency. Fanuc's return on equity came to 13% in fiscal 2017, compared with 16% for ABB, which makes good use of leveraging. Fanuc has been giving back more to shareholders, but its capital ratio is still more than 80%.