Snack-maker now looks to expand in China and Indonesia 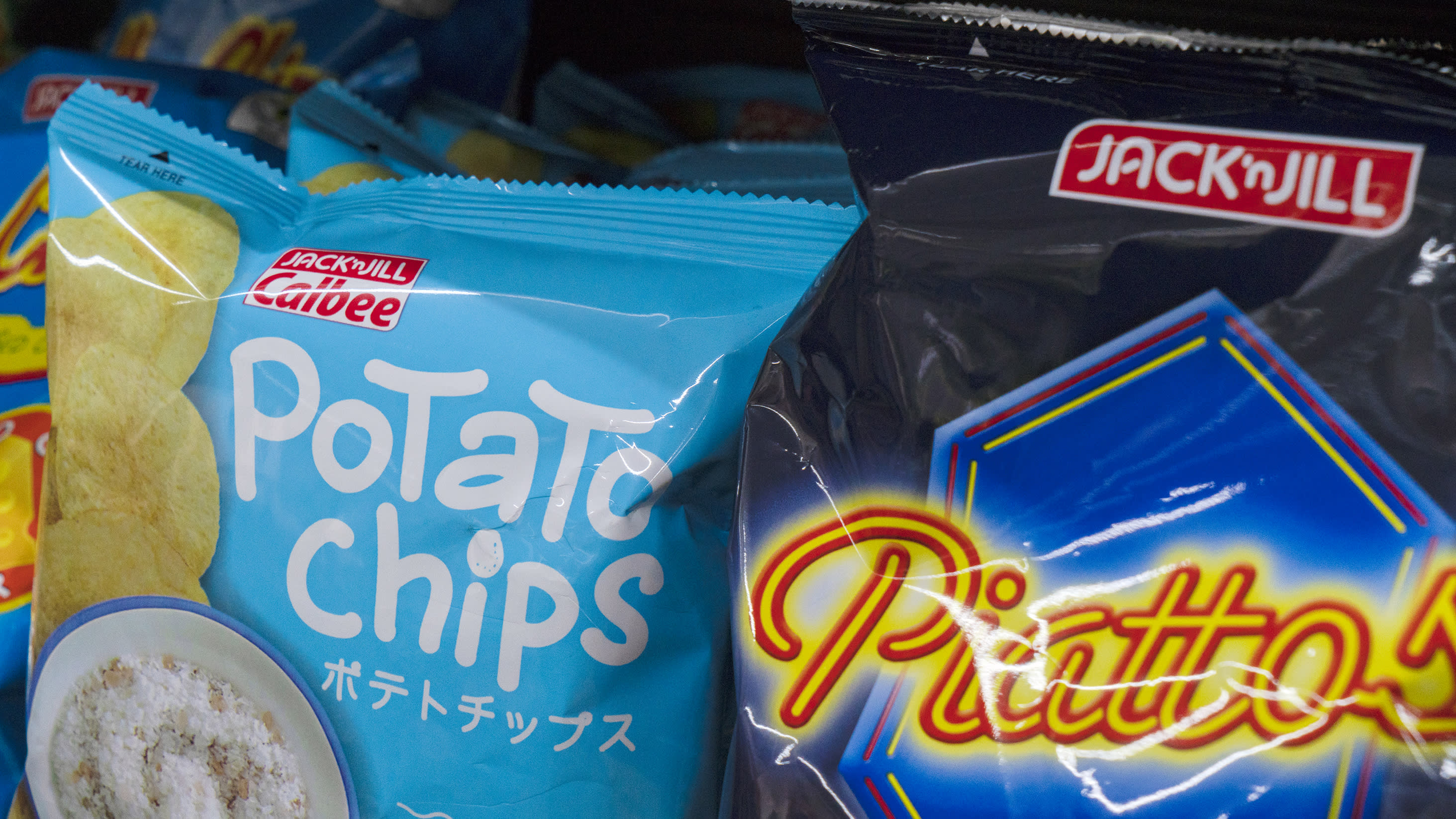 Calbee said that it was hard to differentiate its premium products from mass-market products in the Philippines. (Photo by Kimberly Dela Cruz)
ERI SUGIURA, Nikkei staff writerOctober 25, 2018 15:13 JST | Philippines
CopyCopied

TOKYO -- Japanese snack producer Calbee admitted that it made a mistake in choosing rival Universal Robina as partner for its failed Philippines potato chip joint venture, but said it would now focus on Indonesia and China to build on its presence in the region.

"Universal Robina has its own brand, with the same salesmen dealing with both labels," Makoto Ehara, executive vice president of Calbee, told the Nikkei Asian Review. "It sells its own product rather than the combined brands. It is difficult to fully count on a player in the same industry which has similar products." This resulted in both brands competing in the same market, he said.

Calbee set up its joint venture with Universal Robina, one of the largest food and beverage groups in the country, in April 2014 and launched products including potato chips and fries in 2015. However, sales rose just 4% to 237 million pesos ($4.4 million) between 2015 and 2017 and the business returned a total net loss of about 280 million pesos over the same period.

Ehara said it had been difficult to differentiate between the joint-venture's premium brand Jack'n Jill Calbee from Universal Robina's original, mass-market brand Jack'n Jill. "We aimed to gain shares among high-end, [PepsiCo's] Lay's kind-of import products category," he said, "but the market was niche and sales did not grow... We estimated the runaway deficits would not change for the next decade. We decided to pull out."

Calbee sold its 50% stake in the joint venture to its Filipino partner for around 170 million pesos on Sept. 30, switching to a licensing agreement under which Universal Robina will continue to produce and sell Calbee products.

"Sometimes licensing structure is more ideal [than a joint venture], because you have to bear [the] cost of operating a single entity," said Universal Robina Chairman Lance Gokongwei on Tuesday. "The licensing agreement will enable us [to] achieve the same goal." He said he believes in focusing on premium products, and he expects Calbee to be profitable with the licensing agreement. The potential is still there to grow, according to Ehara. The Philippines’ snack market is dominated by mom and pop retailers and, according to Calbee, was worth an estimated 80 billion yen ($711 million) last year -- still relatively small compared to other markets. Australia's snack market, for example, is almost twice the size at 150 billion yen despite having a population just a quarter of the size of the Philippines.

But after the setback in the Philippines, Calbee is now increasing production in Indonesia, having invested 7 billion yen ($62.3 million) to expand exports to China. Both markets are facing a sharp rise in middle-class consumption.

The company wants to invest in Indonesia's Karawang plant next year, operated by Calbee and its local joint-venture partner Wings Group to add new production lines. Built in 2016, the plant produces varieties of potato chips, French fries-shaped chips and corn snacks. But the current production capacity is full for all three products. Ehara said Calbee Wings produces the most diversified snacks in Indonesia and its brands are ubiquitous.

Wings has been Calbee's partner since 2013. It is one of the country's fastest growing consumer goods companies, but the snack sector is yet untapped. "In Indonesia, we know who our competitor is," said Ehara, referring to the top maker Indofood. Although Calbee Wings is still loss-making, its sales are rapidly growing and are expected to reach 5 billion yen in fiscal 2018.

The company also started exporting potato snacks to China in 2017, given their popularity with Chinese visitors. "Chinese consumers prefer Japan-made products," said Ehara, adding that the company can sell their snacks at a higher price in China.