Japan's R&D spending hits record for nearly half of companies 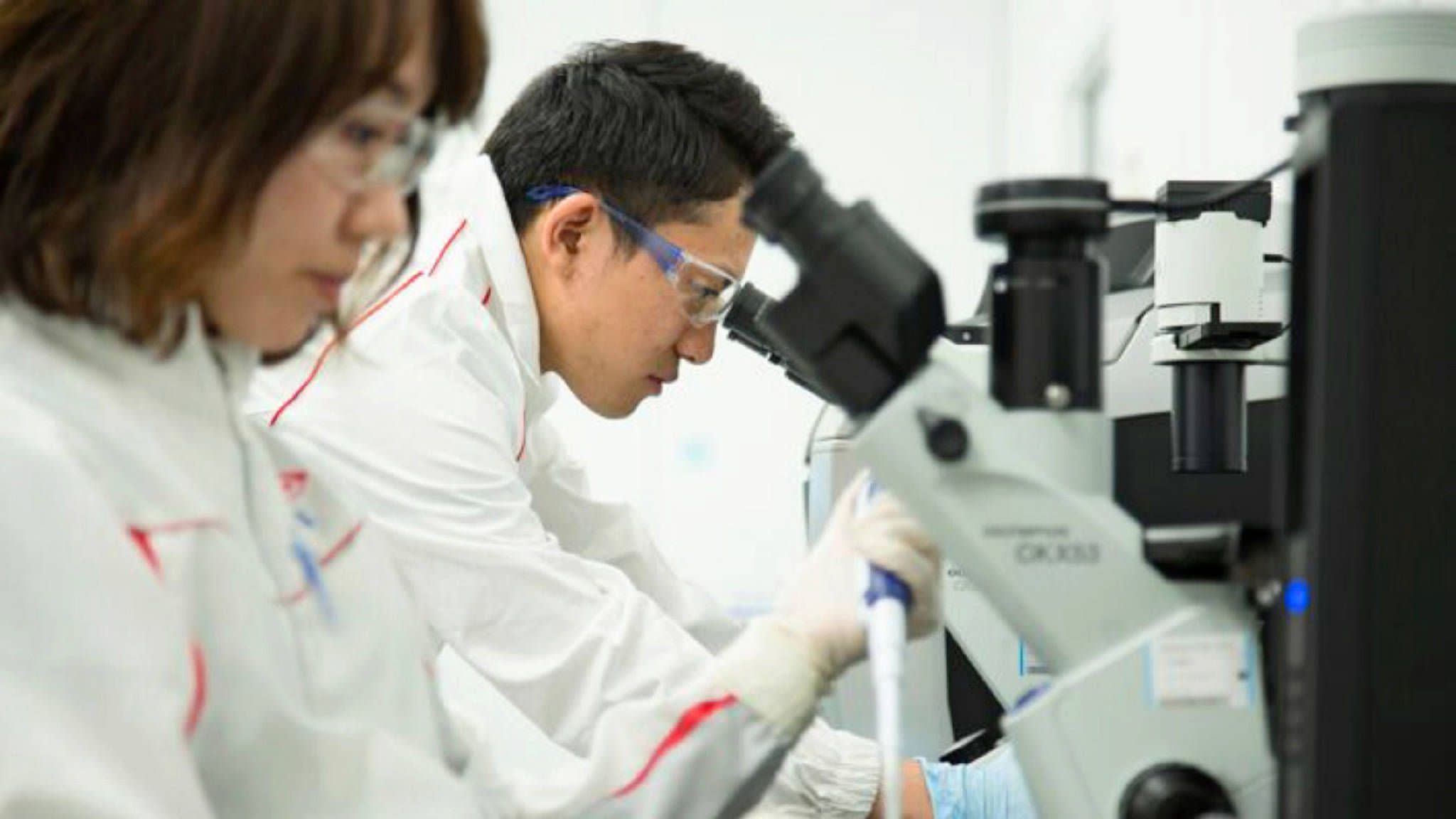 TOKYO -- Nearly half of leading Japanese companies have budgeted record amounts for research and development, a Nikkei study finds, as they race against bigger-spending global peers to harness artificial intelligence and other new technologies.

More than 40% of corporations covered by the study reported their biggest R&D budget ever in the current fiscal year.

Even so, their spending on innovation falls far short of the investments made by U.S. and Chinese rivals, a trend that bodes ill for the future competitiveness of Japanese industry.

CASE-related outlays account for nearly 40% of Toyota's R&D spending, which is up 4.8% on the year, according to Chief Financial Officer Koji Kobayashi.

Sony, the fifth-biggest spender, plans to raise expenditures 3.9% to 500 billion yen. In addition to investment in image sensors, a field in which Sony holds a leading market share, the electronics group will expand R&D efforts for automotive chips with an eye to self-driving cars. 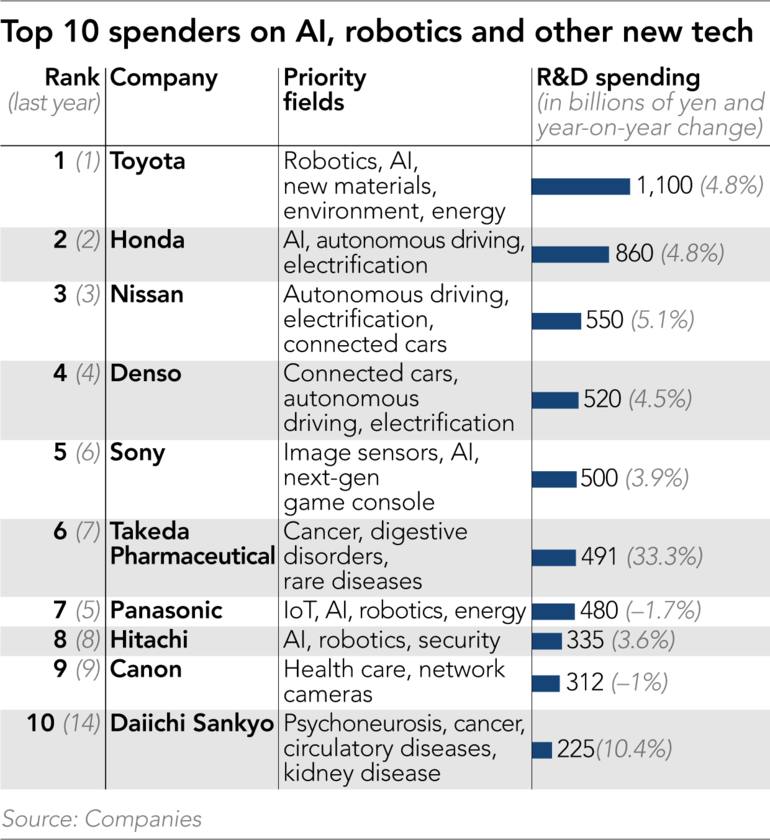 Total R&D outlays of the companies covered by the study are projected to rise 14.2% during the five years through fiscal 2019.

But U.S. and Chinese companies are spending at a faster pace.

American businesses excluding financial institutions boosted their R&D by 51.7% during the five years through 2018, according to data from QUICK FactSet. Chinese research spending soared around 140% during the period.

Amazon.com topped the global ranking of R&D spenders for 2018 with $28.8 billion in technology investment, followed by Alphabet, the parent of Google. No Japanese company ranked in the top 10.

Japanese companies also appear less committed to investment than many of their global rivals, spending on average the equivalent of 4% of annual sales on R&D compared with over 6% for U.S. counterparts. The Japanese ratio has remained flat, even as the American one has risen.

While Japanese automakers' R&D spending as a share of sales stands in the 4% range, Amazon invests over 10% of sales on technology.

Japanese corporate R&D spending also is more concentrated in manufacturing than are the outlays by American companies, with 86.7% going to this sector in Japan versus around 70% in the U.S., a study by the science ministry finds.