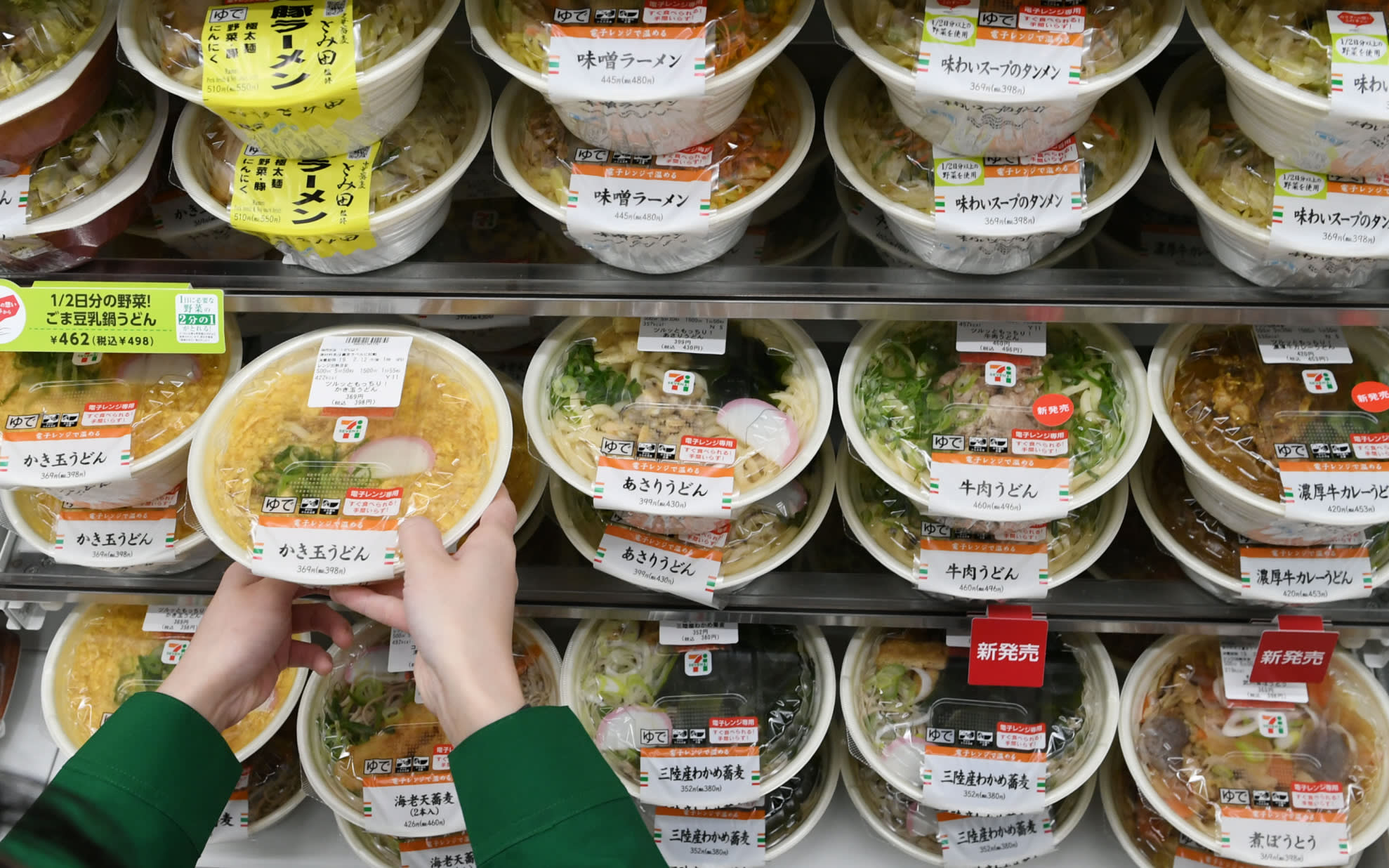 This fall, about 20,000 Seven-Eleven stores will offer discounts on hundreds of items that have only four to five hours left before their sell-by date, including lunchboxes, rice balls and noodles.

The discounts -- about 5% of the purchase price -- will be credited to customers' Nanaco e-money, the chain's loyalty program.

Seven-Eleven claims each store decides its own pricing, but in 2009 the Japan Fair Trade Commission had to issue cease and desist orders when it determined this was not true. The company had been reluctant to let stores discount food that was nearing sell-by dates.

Another convenience store, Lawson, announced on Friday that it will roll out similar discounts on a trial basis in Ehime and Okinawa prefectures.

Between June 11 and Aug. 31, 450 stores will give customers five points on their loyalty cards for each 100 yen spent on specially labeled food purchased after 4 p.m. Each point equals 1 yen.

Food waste from Lawson stores totaled about 44,000 tonnes in fiscal 2017. About 10% of rice balls and box lunches are currently being thrown away.

Lawson is encouraging discounts on prepared foods and food cooked inside stores, among other products.

Japan produces about 6.4 million tons of food waste annually, equal to a bowl of rice per day per person living in the country. The United Nations' Sustainable Development Goals call for halving food waste by 2030.

If successful, other chains may also adopt the practice.