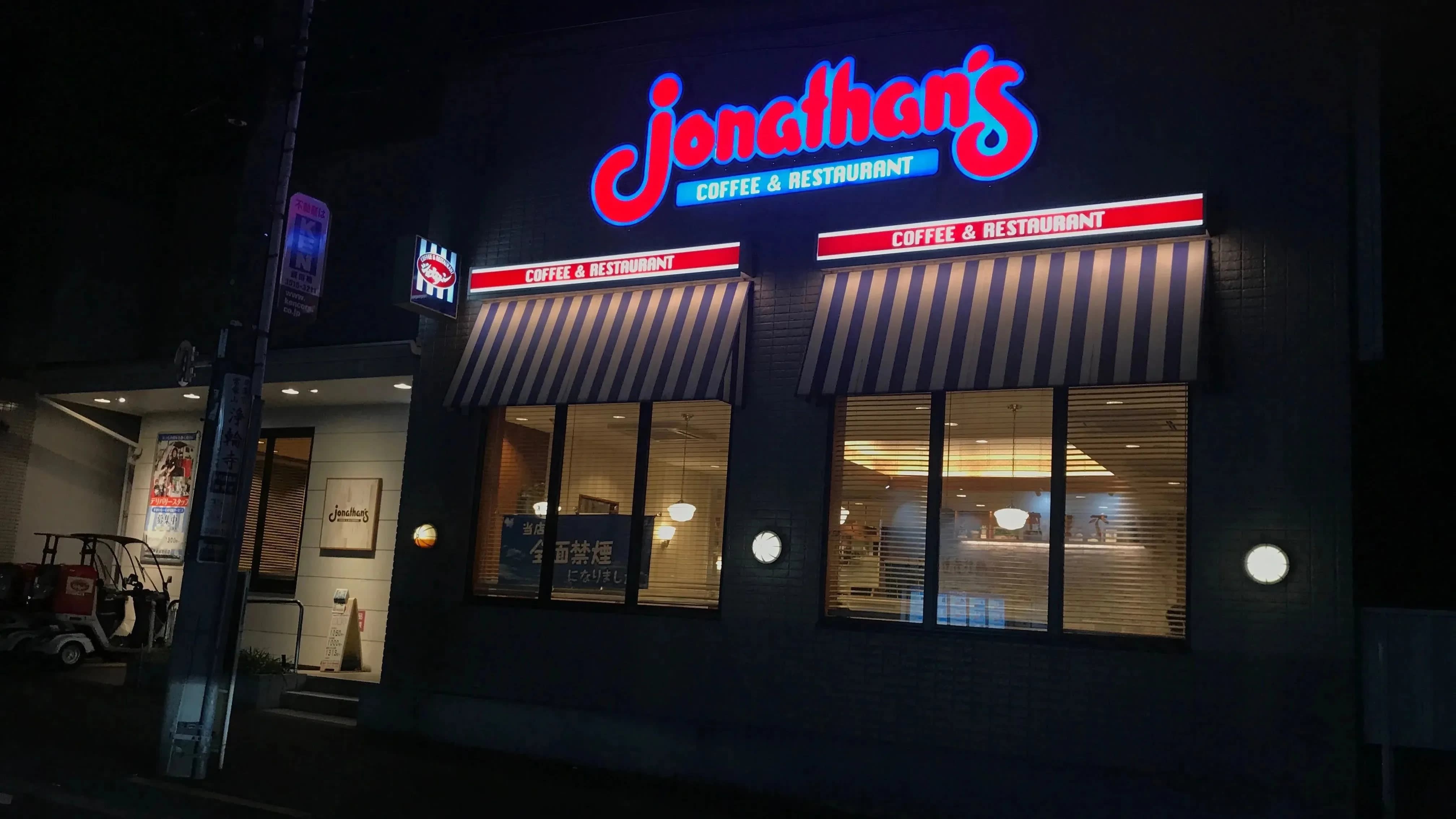 Skylark Group will end 24-hour operations at about 150 outlets including branches of Jonathan's. (Photo by Ryosuke Eguchi)

TOKYO -- Skylark Holdings, one of Japan's biggest family restaurant operators, is to cease 24-hour operations at all of its outlets by April. The company, which owns restaurant chains including Gusto and Jonathan's, has about 150 stores that are currently open around the clock. However, rising labor costs have eaten into late-night revenues in recent years, leading Skylark to change its business model and concentrate on peak mealtime hours.

Skylark started 24-hour operations at its restaurants in 1972. Some of its outlets earned almost 10% of their daily takings from late-night business taking place between midnight and 6 a.m. But the company started to cut back some restaurants' opening hours in 2012 in response to declining visits from younger people.

Including the 150 restaurants that are open 24-hours, Skylark plans to shorten business hours at a total of 560 outlets, with most closing one-to-two hours earlier. The company estimates that overall business operations will be reduced by 1,300 hours.

The company will concentrate its workforce on lunch and dinner times, while also improving efficiency by installing tablet devices on which customers can place their orders at all of its Gusto restaurants.

In 2017 the Royal Host chain, one of Skylark's competitors, ended all 24-hour operations and shortened business hours at 80% of its stores. The company's annual earnings for fiscal 2017 benefited, because although the number of customers declined, average spend per customer increased, resulting in a 2% rise in sales at existing outlets.