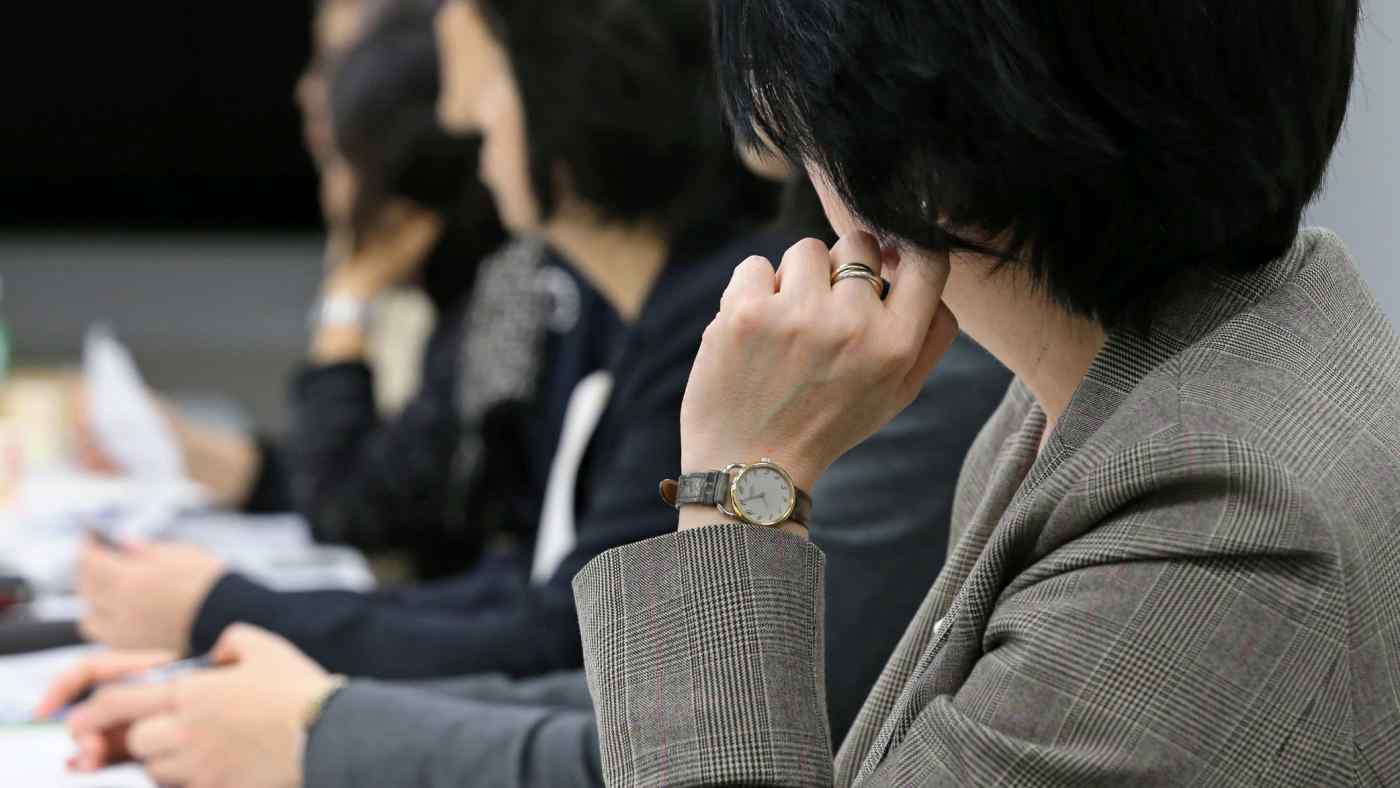 TOKYO -- Starting this year, U.K.-based investment management firm Legal & General Investment Management will vote against all Topix 100 companies in Japan that do not have at least one woman representative on their board.

Goldman Sachs Asset Management, meanwhile, will oppose candidates for a company's nominating committee or top executives if its board lacks at least one female member.

These are examples of the growing pressure Japanese companies face from foreign institutional investors over the dearth of women in top roles as annual shareholder meetings get underway.

Better diversity "brings economic as well as cultural benefits," Legal & General Investment said when announcing the new policy. The company described the goal as "moving the needle on diversity in Japan."

The government has pushed for corporate Japan to be more welcoming to women in management. The governance code issued in 2018 says boards should be diverse, including in gender and international experience.

As of July 2019, 63% of companies in the JPX 400 had at least one female board member, according to the Tokyo Stock Exchange. While this is up from 54% in December 2018, more than a third of boards remain all-male.

More than 90% of major American and European companies have female directors. While investors had given Japan some slack for its relatively slow progress on gender equality in society as a whole, they have begun taking a tougher line.

U.S.-based State Street Global Advisors will vote against all nominating committee incumbents for companies that have no women on their boards and have not participated recently in dialogue on gender diversity, expanding a prior policy that applied only to top executives.

Proxy adviser Glass Lewis, which has recommended voting against the appointment of top directors of Topix 100 companies with all-male boards, now applies this policy to all businesses on the first and second sections of the TSE.

The trend is making some companies sweat. Central Japan Railway, which has no women on its slate of board candidates, is trying to persuade investors to pass the proposal anyway at next week's general meeting by arguing that it is not trying to keep women out.

"When we were established, the Labor Standards Act had prohibited women from working late hours, so we had no choice but to limit hiring" of women, said the railway operator, known as JR Central.

About 15% of managerial positions in Japan were held by women as of 2018, according to the Japan Institute for Labor Policy and Training. This compares with more than 35% in the U.S. and the U.K. Internal promotions have been slow, owing partly to limited pools of potential candidates.

Investors' tougher stance is intended to push companies to cultivate more female talent with management potential while they can, said Naoko Ueno of Glass Lewis.