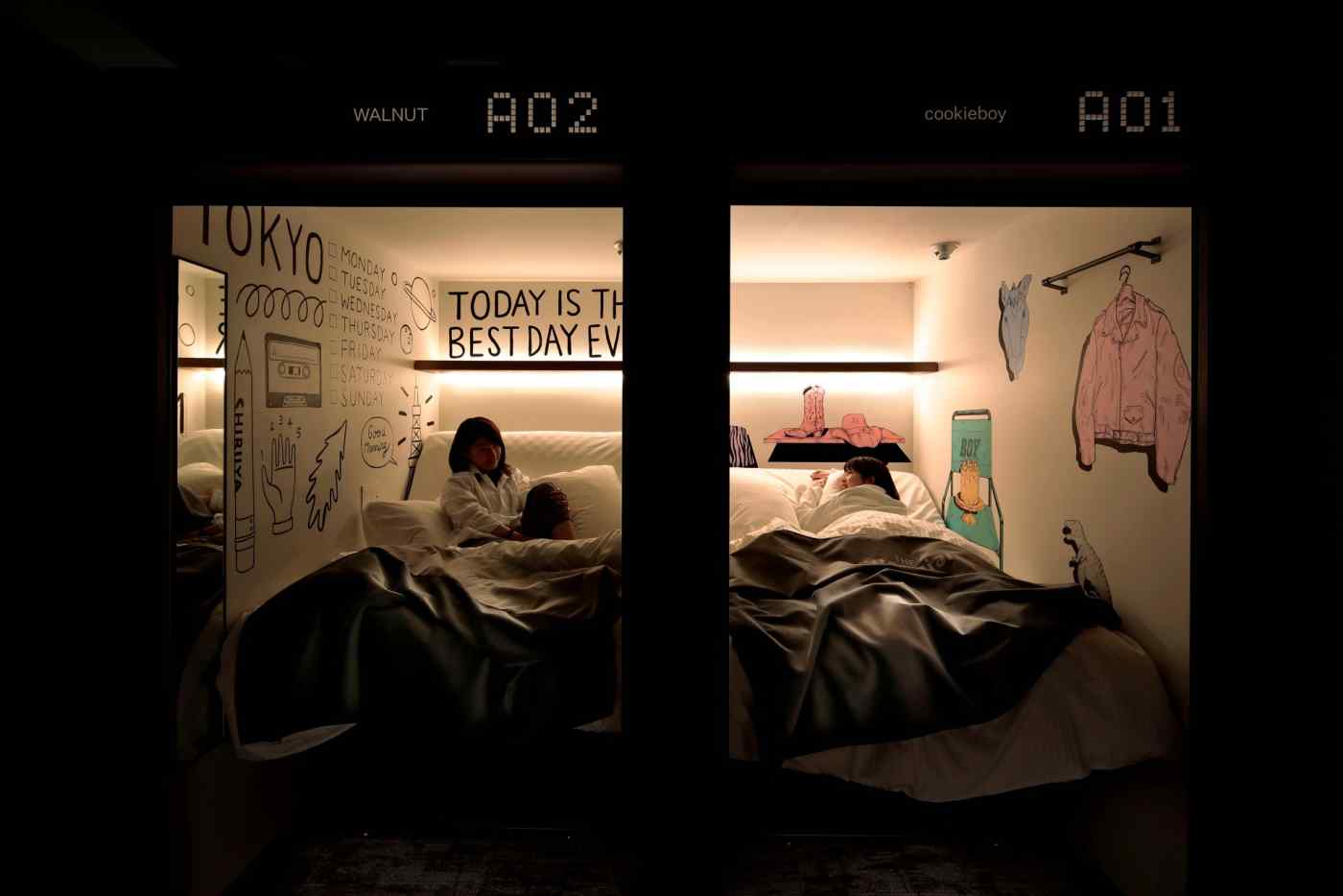 There are no locks on the doors at capsule hotels, which have traditionally put men and women on separate floors.
RIHO NAGAO, SHIHO MIYAJIMA and NATSUMI KAWASAKI, Nikkei staff writersMay 20, 2019 13:44 JST | Japan
CopyCopied

TOKYO -- No longer are Japan's capsule hotels the private domain of salarymen who have missed their last train home. Now women, young people and foreign tourists are crowding in, too.

Capsule hotels first appeared in Japan in 1979, when New Japan opened Capsule Inn Osaka, in that city's Umeda district. Then President Yukio Nakano was inspired by world-renowned architect Kisho Kurokawa, who at the 1970 World Expo in Osaka introduced a capsule design for buildings.